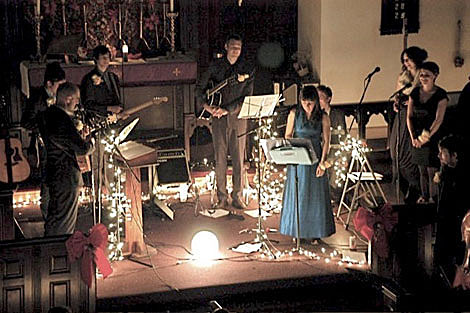 The Brooklyn church smelled like frankincense and was packed with folks in scarfs and sweaters and hats -- Andy Friedman & the Other Failures opened up the evening with rockabilly-tinged folk songs about drinking wine all day and going on road trips. The sense of heartbreak and longing for middle American landscapes was so much that Friedman broke a guitar string and had to borrow Welcome Wagon's for the closing numbers.

Then one of Asthmatic Kitty Records' latest creations got ready to take the stage -- the husband and wife team (Rev. Vito Aiuto and Monique) that make up Welcome Wagon are actually the pastor and wife of a congregation that meets at this same place on Sunday evenings. You can see why this church works in Williamsburg - they were the perfect combination of hip and genuine - if there is such a thing.

Sufjan Stevens played producer and came onstage first to make sure the stage was in order. And then the couple took the stage joined by many others - including back-up singers plucked from the choir and Stevens himself on banjo, guitar, backup vocals and triangle.

The most endearing thing was how the Reverend and his wife faced each other throughout the performance - and often broke into slight smiles. All the songs from the record were played - stopping every four songs or so to exemplify a real "welcome wagon" experience which consisted of giving away Monique-made cookies, the record and Polish sausage from Greenpoint. The winners were decided on who had moved to New York the most recently, who had traveled the farthest from the show and who had a Christmas birthday ("since you get gypped" said Aiuto).

Candy Stations added a warmth to the show by projecting visuals (flowers, stars and snowflakes) on big white balloons that hovered above the stage and twinkling white Christmas lights were draped over microphone stands. The highlight of the show (besides the unexpected giveaways) was the cover of The Smiths' "Half A Person." Morrissey's woe is me candor was turned into a joyous explosion of musical cuteness.

Welcome Wagon will be playing with Andy Friedman & the Other Failures again, at the latter's album release show at Southpaw in Brooklyn on January 29th. Tickets are on sale. More pictures from the last show below... 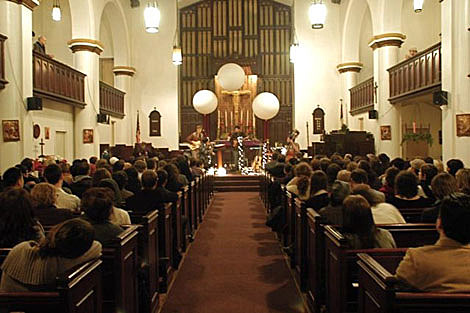 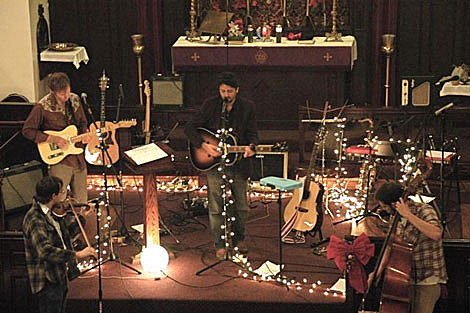 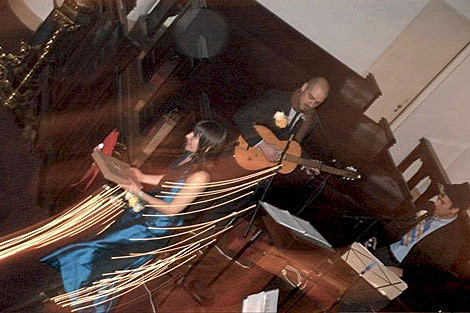 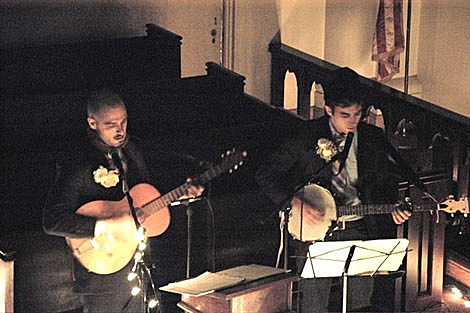 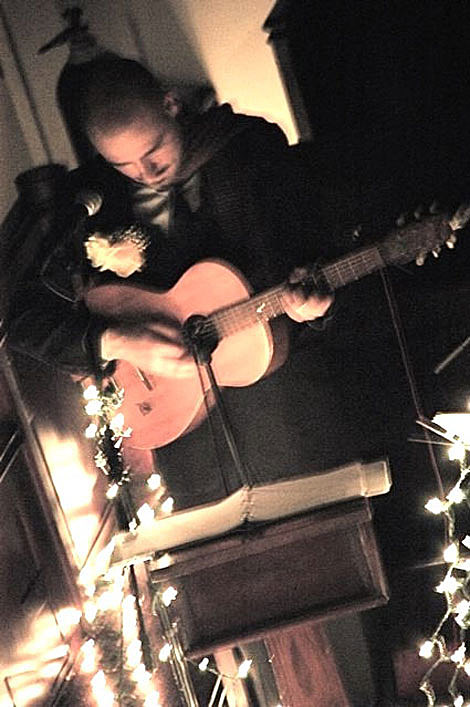 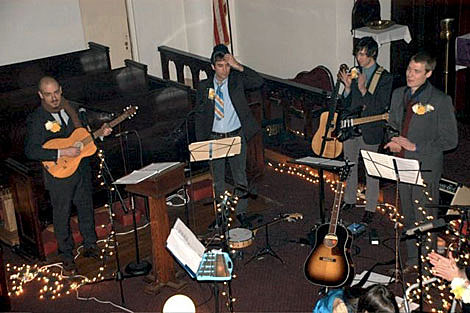 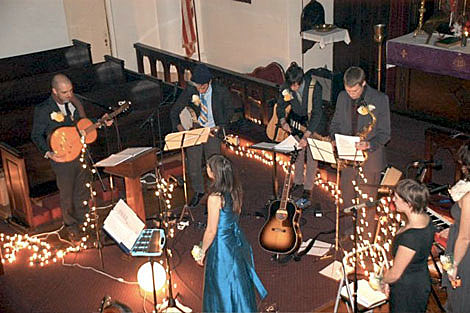 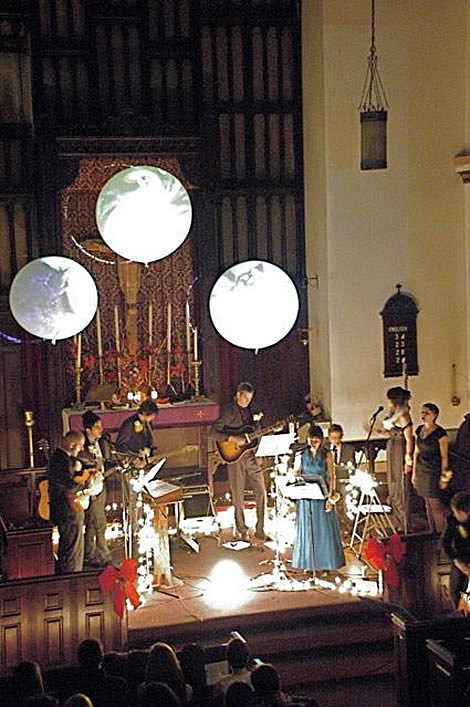