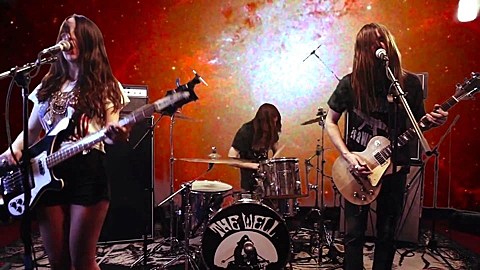 We recently mentioned that German stoner rockers Kadavar would be touring this year, and support for that tour was recently announced. It'll come from Austin's similarly retro-minded band, The Well. The tour begins in NYC this Wednesday (9/30) at Saint Vitus. Tickets for that show are still available. All dates are listed below.

We've also got the premiere of The Well's video for "Moral Bones" off last year's Samsara on RidingEasy Records. If you're not already familiar, it's the kind of psych/proto-metal that sounds straight out of 1968-1971. Get nostalgic below...