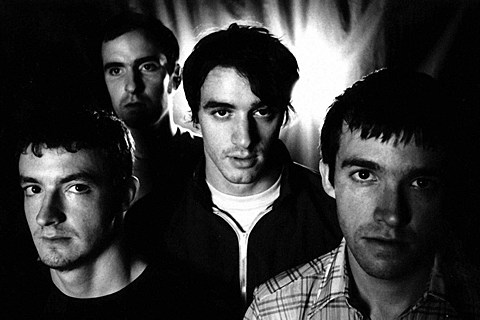 The White Octave was the short-lived band formed by original Cursive member Steve Pederson after leaving that band in 1998, and before he formed Criteria (who like Cursive, are/were on Saddle Creek). Their debut LP, 2000's Style No. 6312 which originally came out on Deep Elm, is getting a reissue this year via Broken Circles (Bloom, Of Sinking Ships) on September 16 (pre-order). It's being remastered by Bob Weston, who originally recorded the album, and the reissue will include the track "Looking Past Sky," which was cut from the 2000 release of the LP and was featured on the fifth installment of Deep Elm's Emo Diaries series. Ahead of the reissue, that song was given video treatment compiled from footage of their 2001 tour shot by Scott Behr. The video premieres in this post and can be watched below.

The band's only live date at the moment is Hopscotch Festival. Video below...

The White Octave - "Looking Past Sky"