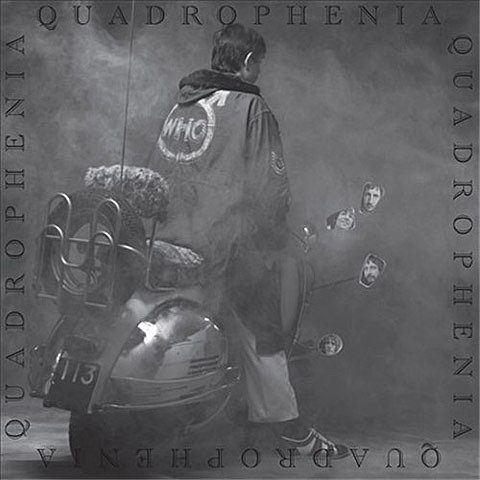 One of the most powerful elements of The Who was the collision of four distinct forces of nature into a single band: Keith Moon's insane drum fills, Entwistle's spiderlike fingers on the bass, Townsend's amazing melodicism and guitar windmills, and Daltrey's uncanny abilities as a frontman. Half of those members have moved to another plane, but we can still look forward to seeing Roger Daltrey and Pete Townsend trot out all of their classic mods-vs-rockers 1973 album, Quadrophenia, as part of a round of US dates that starts in late 2012 and extends into the new year for the LP's 40th anniversary.

You may remember that Roger Daltrey toured all by his lonesome, performing Tommy in its entirety last year.

In perhaps more exciting news, the 1979 film adapation of Quadrophenia is getting a deluxe DVD/Blu-Ray edition from the celuloid-loving folks at Criterion who will release it on August 28. It features a newly-restored digital transfer of the uncut version, plus a new 5.1 surround mix (as well as the original stereo mix) plus a host of other cool bonus stuff which is listed below. The Rhino DVD from 2001 has been out of print for ages. If you've never seen Quadrophenia (and you should, it's great) and don't want to wait for the pristine Criterion edition, you can stream the whole movie below via YouTube, as well as listen to the album. 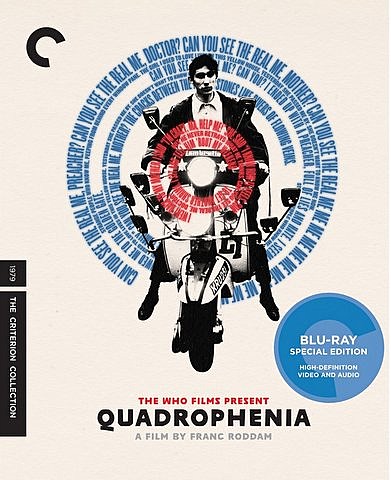 *New, restored digital transfer of the uncut version, supervised by cinematographer Brian Tufano, with the original 2.0 stereo soundtrack as well as an all-new 5.1 surround mix, supervised by the Who and presented in DTS-HD Master Audio on the Blu-ray edition

*New interview with Bill Curbishley, the film's coproducer and the Who's comanager

*New interview with the Who's sound engineer, Bob Pridden, featuring a discussion of the new mix as well as a restoration demonstration

*Segment on the film from a 1979 episode of the BBC series Talking Pictures, featuring interviews and on-set footage

*Segment from a 1964 episode of the French
news program Sept jours du monde, about mods and rockers

*Seize millions de jeunes: "Mods," a 1965 episode of the French youth-culture program, featuring early footage of the Who

*PLUS: A booklet featuring an essay by critic Howard Hampton, a 1985 personal history by original mod Irish Jack, and Pete Townshend's liner notes from the 1973 album