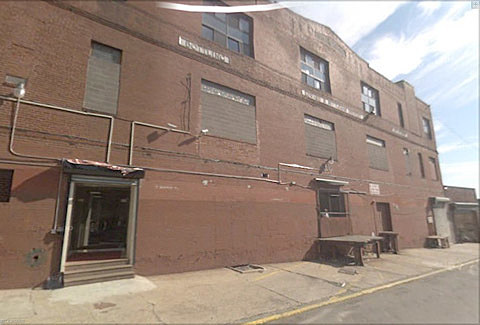 Three former music executives at the Knitting Factory will open a cavernous indie music venue in a former 19th-century brewery on Meserole Street.

The new venue, called "The Wick," will be the ground floor of the former Hittleman Brewery near Bushwick Avenue -- a building that already houses several music-related companies, including an equipment shop, a rehearsal space and a music-focused radio station.

"The building is sort of a Mecca for musicians," said Richholt. "If they want to rehearse overnight or have a studio session, they can go down to the recording studio. A touring band can come through here and not need to go anywhere else."

The plan calls for a main stage and a bar that can hold 400 and 700 people. It could open as early as this summer. -[The Brooklyn Paper]

The article goes on to say how the venue will differentiate itself from other Brooklyn venues like Knitting Factory and Music Hall of Williamsburg. If you read it, make sure to also read the comments which clarify a point that Joshua Richholt made about "The Wick" not being "Walmart-like". The author makes it seem like Joshua dissed Bowery Presents, but that wasn't actually the case (it was the author of the article doing the not-factual dissing).

Talent booker/buyer Chris White, since leaving Knitting Factory, in addition to working on The Wick (see above), has teamed up with ex-Bell House/Union Hall booker Skippy to form Tiger Mountain Presents which now books shows at The Rock Shop, Littlefield, Santos Party House and elsewhere.