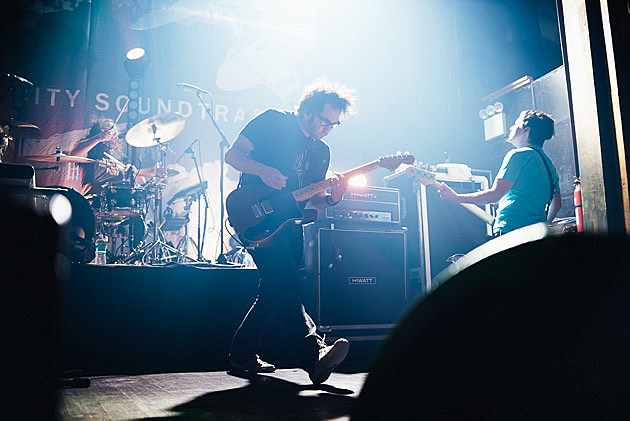 Last week you heard Motion City Soundtrack frontman Justin Pierre rework The Wonder Years "A Song For Patsy Cline" with his own lyrics/melodies before hearing TWY's version. It's off their split 7", and now we've got the premiere of the other side of that split: TWY frontman Dan Campbell reworking MCS' "It's A Pleasure To Meet You." Dan takes the power pop/alt-rock song and injects it with his punkier shout-singing which works out really well. Like with the other track, it's both an interesting experiment but also stands on its own as a good song. Listen to "It's (Sort Of) A Pleasure To Meet You" below.

TWY and MCS' co-headlining tour already hit NYC twice (pictures), but it returns to the area on 11/27 at Starland Ballroom (tickets).

And if you missed the first song...

And the video of Dan and Justin discussing the process...