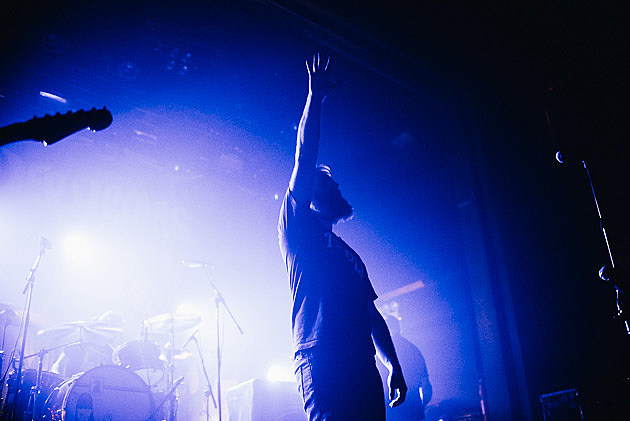 We recently named The Wonder Years' No Closer To Heaven one of our favorite albums of the year. Then we asked the band's frontman, Dan Campbell (aka Soupy), to tell us about his. He gave us a top 10 with commentary on each, including cool up-and-comers like Petal (who play NYC tonight, 1/4), big-name rappers like Kendrick Lamar and Drake, quality returns from vets like Desaparecidos, Lucero and The Mountain Goats, and more. Check out the full list below.

1. Desaparecidos - Payola
After a thirteen year wait, Desa's follow up to "Read Music/Speak Spanish" was everything I had hoped for- politically charged, deceptively poppy, unabashedly raw and angry as hell. Laura Jane Grace's guest appearance was a pleasant surprise and I don't know if there's a song in Oberst's catalogue more infectious than "Te Amo Camila Vallejo."

2. Kendrick Lamar - To Pimp a Butterfly
A totally fearless release both from a production and lyrical standpoint. Kendrick's ability to switch styles was echoed by large helpings of jazz and funk backing him up. Listening to TPAB felt like watching a man's master plan come together.

3. Lucero - All a Man Should Do and Live from Atlanta
I listed both because, while I love All a Man Should Do, I don't think I listened to any record more this year than "Live From Atlanta" which actually dropped in 2014, but I missed the memo. "All a Man Should Do" sees Ben and company continuing to make heartfelt songs that blur the lines between country and punk, but I think the reason I came back to "Live from Atlanta" so much is that it's Lucero as they're meant to be heard. They're one of my favorite live bands and that record is just as whiskey soaked as the real thing and provides fans with better quality versions of some of the band's earlier work.

4. The Mountain Goats - Beat the Champ
A record by one of my favorite bands about one of my favorite things in the world? Yeah, that sounds good. John manages to do what he does best, focusing on the humanity of the people he writes about. I think people might laugh at the idea of an entire record about professional wrestling, but Darnielle manages to bring listeners closer to tears than grins recounting the stories of performers' lives after the ring and paying homage to the traditions of a perennially under-rated art form.

5. Microwave - Stovall
This record was actually self-released in 2014 but got a larger scale release this year and found it's way to me through some measure of good luck because I haven't been this excited about a new band since The Front Bottoms. "Something Right" may be the best song I heard this year.

6. Drake - If You're Reading This, It's Too Late
I love Drake and I love this mixtape. I feel like the first five tracks on the record could all be singles and "You and the 6" is my current reigning favorite Drake track.

7. Allison Weiss - New Love
This year's perfect indie-pop record. Weiss has been consistently delivering since the release of her 2009 LP "Was Right All Along" but "New Love" is a whole other level. Co-produced by hellogoodbye's Forrest Kline and Now Now's Brad Hale, this record finds a space between windows-down-summertime-pop and contemplative indie rock and is totally unafraid to be cheesy and idiosyncratic. Check out "Over You" and tell me you don't agree.

8. Father John Misty - I Love You, Honeybear
I was late to the party on this record, but I'm glad I arrived. I love the over-the-top personality and pompous song-writing. I love blend of genres and I really love the laugh track in "Bored in the USA."

9. Petal - Shame
"Shame" is a stunning debut-- subdued and moody. It conjures up comparisons to early Lemuria, Pedro the Lion and Death Cab for Cutie but there isn't an easy equivalent for Petal. The acapella track, "Nature," is a true highlight.

10. Action Bronson - Mr. Wonderful
The feel-good record of the year. I wake up in the morning with the horn line from "Baby Blue" stuck in my head.