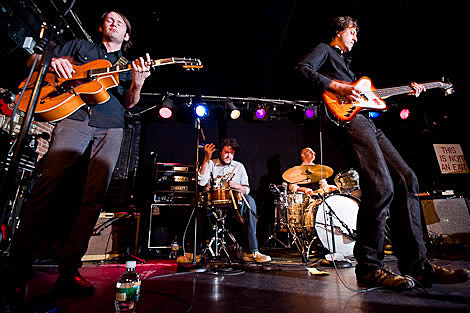 The Wooden Birds played the first of three scheduled NYC dates at the Mercury Lounge on Friday, April 10th. Lymbyc Systym opened that show. Pictures from that show above and below.

The Wooden Birds' second gig at the same venue is Thursday, April 16th with opener Home Video. (Tickets still on sale.) The next night, April 17th, the Wooden Birds play with Cale Parks and Sam Izdat at Union Hall. (Tickets are also on sale.)

Last month the band visited SXSW. One stop on that visit was WOXY's Lounge Act sessions, where the band performed tunes off their forthcoming Barsuk debut, magnolia. Songs "Sugar" and "The Other One" from that session are posted above for free download, as well as the studio version of one of them

On hiatus since 2005's Set Free, [American Analog Set] got back together to pull a "Don't Look Back"-esque revisit to 1999's The Golden Band for this show only. A special occasion to say the least. I'd forgotten how beautifully hypnotic AmAnSet was, particularly their earlier records - I'd only seen them live in their (slightly) more upbeat and poppier configurations. This show, however, was all shimmering vibraphone, whirring farfisa and Andrew Kenny's somnambulant vocals - pure aural beauty in its sleepiest form. Though it's great that Kenny has a new project in The Wooden Birds, I hope this isn't the last of AmAnSet (although I sort of do, since it means I was there). [Chromewaves]

The Wooden Birds have more tour dates scheduled, including an April/May European tour with Grand Archives. All dates and more Mercury Lounge pictures, below... 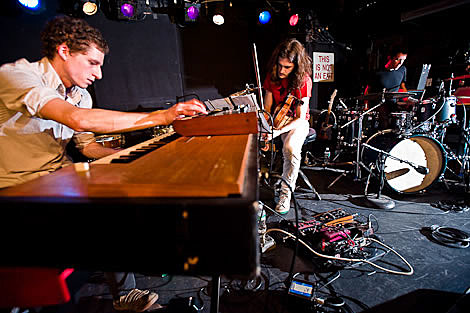 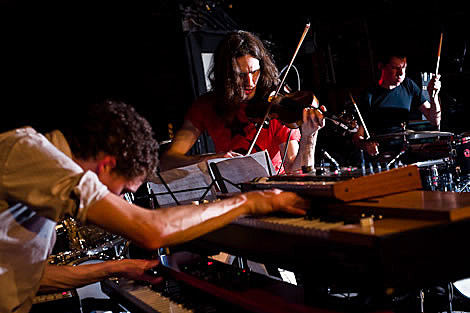 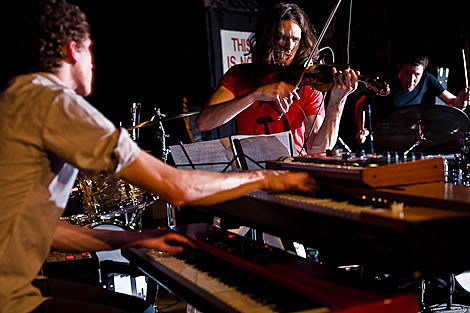 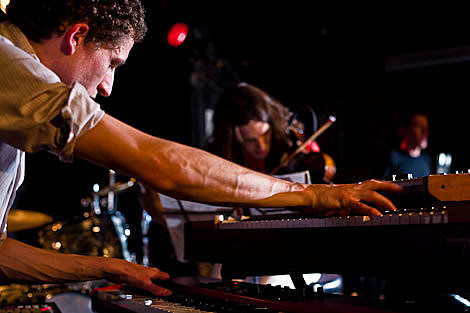 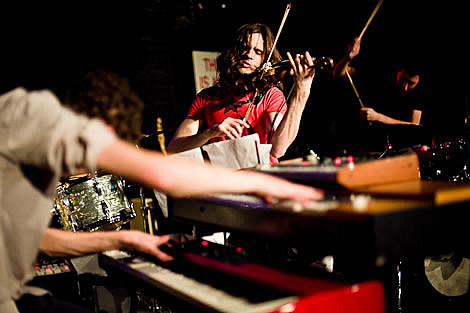 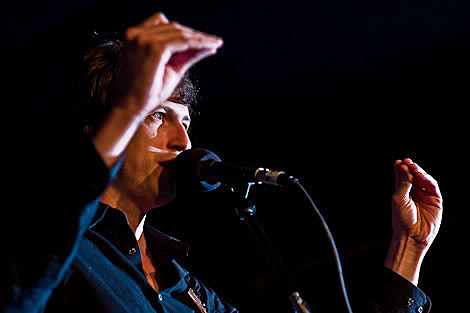 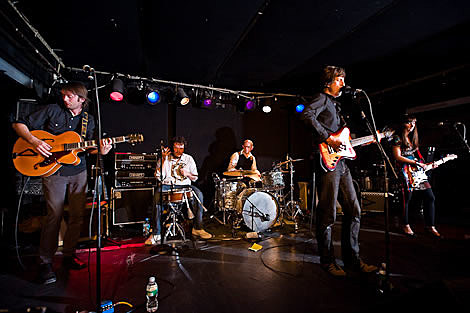 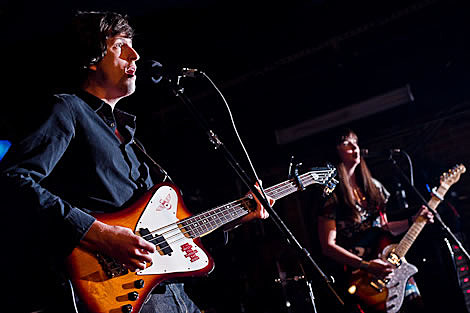 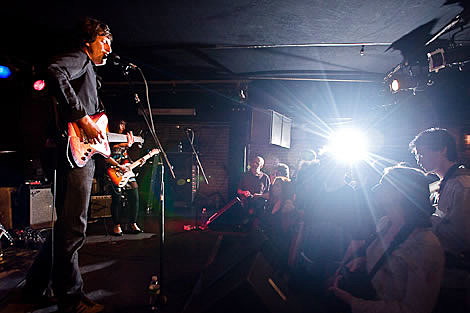