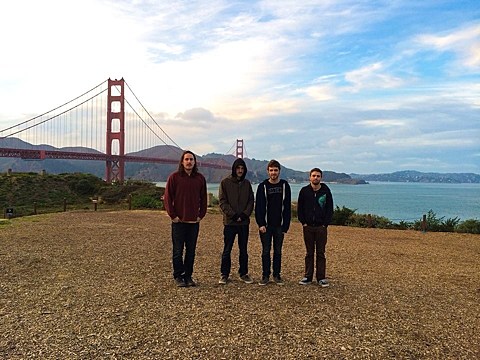 Connecticut emo collective The World Is A Beautiful Place & I Am No Longer Afraid to Die recently wrapped up a US tour with Into It. Over it. and they're about to head to Europe with Empire! Empire!, but before that they'll stop in NYC for a show at Brooklyn DIY spot Suburbia on March 27 (330 Melrose St). It's an excellent bill all around, with direct support coming from Worcester, MA's The Hotelier, whose blend of emo, pop punk, and post-hardcore on Home, Like Noplace Is There has resulted in one of the strongest albums of its kind this year. Local chiptune band Crying and bedroom indie rockers Told Slant round out the bill. Admission is $5 at the door. Show flyer below.

TWIABP also just recorded an Audiotree Live session, which will be released in May on vinyl and digital, but you can now watch a video of "blank #9" and "Heartbeat in the Brain" from that session, along with The Hotelier's LP stream and lists of tour dates, below...

The World Is - blank #9 / Heartbeat in the Brain - Audiotree Live 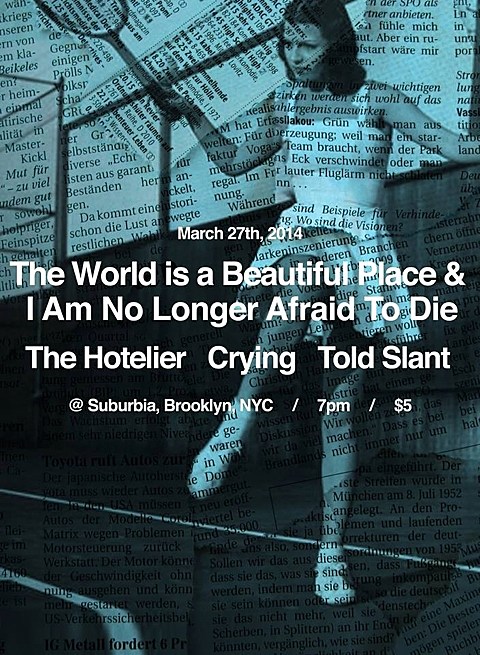