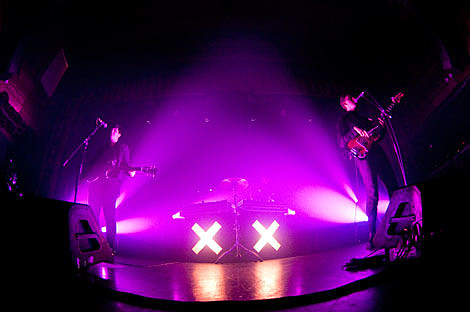 The xx, who are working on a new album this year, have just announced a few North American dates in the midst of their mostly-European touring schedule. They'll head over to our shores in late July and stick around through early August, when they'll play a NYC show at Terminal 5 on August 2. Tickets are not on sale yet but check ticketmaster for updates.

Late last year, The xx dropped a new demo called "Open Eyes," which you can listen to HERE. They've since been playing a handful of small shows in London previewing more new material, which will presumably end up on the new album. Check out streams of five new songs recorded at one of their London shows, along with a list of all dates below...