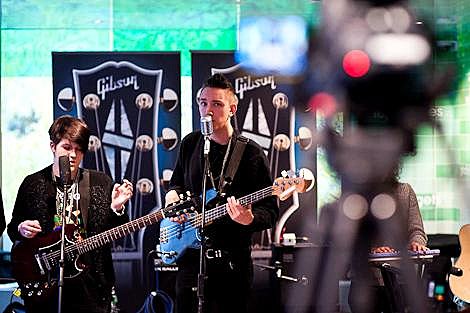 "Two highly touted bands -- the XX from England and Cold Cave from Philadelphia -- are dedicated, and largely derivative, throwbacks to the late 1970s and early 1980s, when punk met synthesizers. The XX was decidedly understated, matching its austere, quietly morose songs, while Cold Cave deadpanned its way through glum songs with a dissonant wallop, singing, "I've seen the future and it's no place for me." But the Montreal band Duchess Says, whose songs also rode big drumbeats and repetitive synthesizer riffs -- fat ones from a Moog -- was a lot more fun [at the BrooklynVegan day show at Pianos on Thursday]. Its singer, Annie-Claude, had herky-jerk stage moves that she carried into the audience, even climbing onto a fan or two." [NY Times]

The xx played a bunch of shows this CMJ including one at the NBC Experience Store on Friday at 2PM.

...What the "venue" lacked in ambiance (they set up & played next to the frozen yogurt counter upstairs), it made up for in lack of crowd noise: dead silent during and between these quiet songs. I don't imagine that will be the case at the Tribeca Grand tonight, but the band was so good that I may give it a shot anyway... [Anonymous] 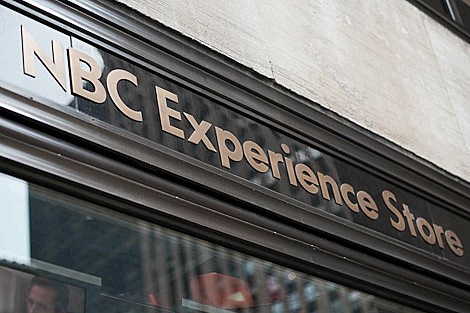 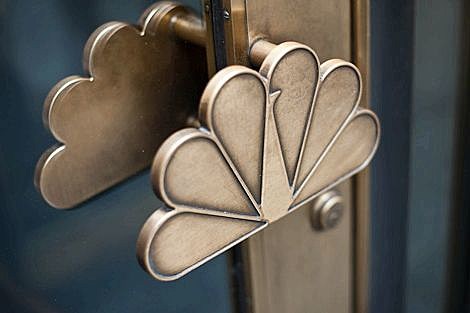 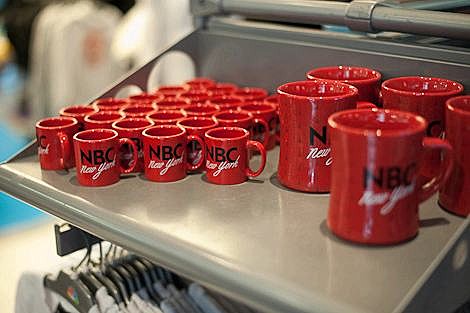 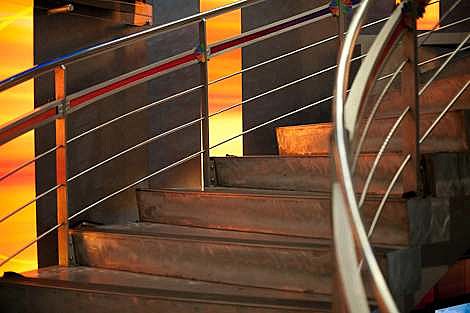 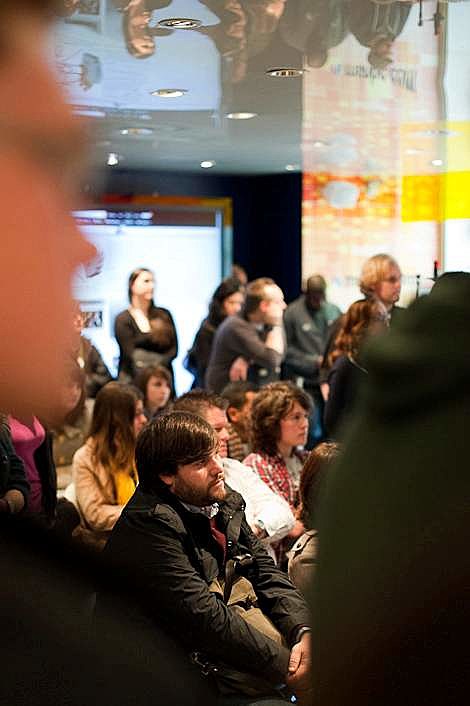 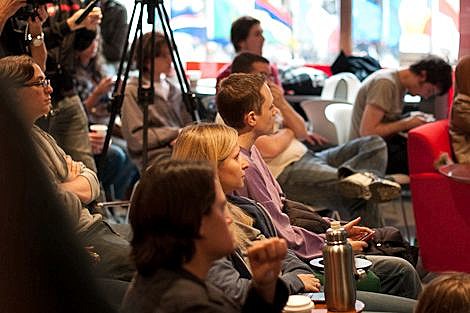 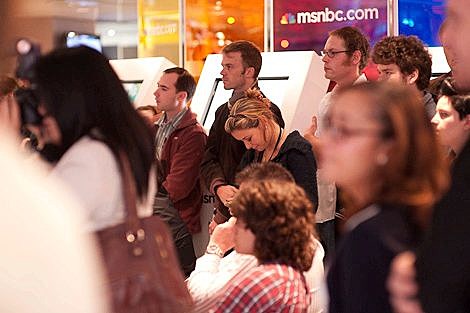 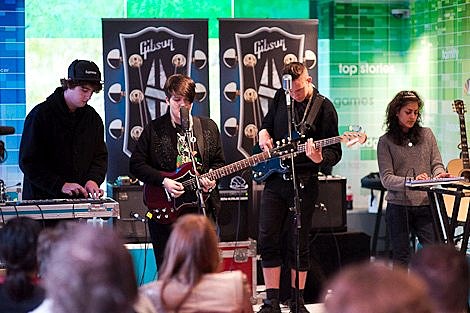 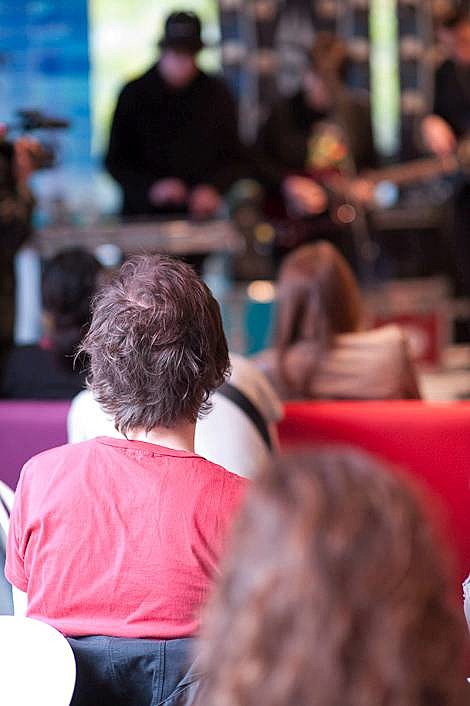 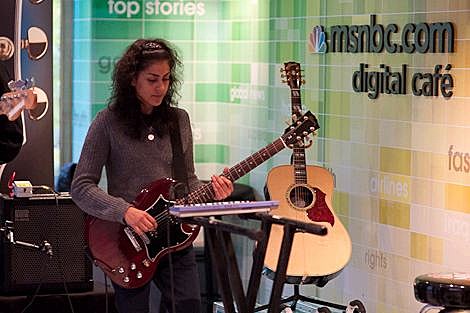 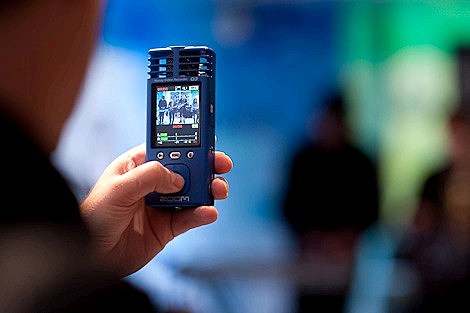 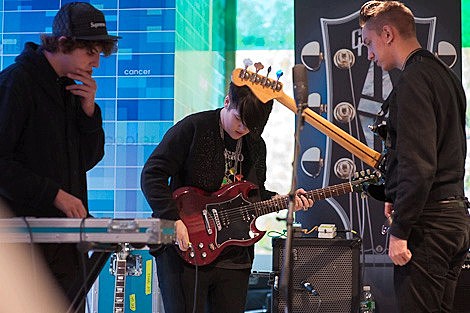 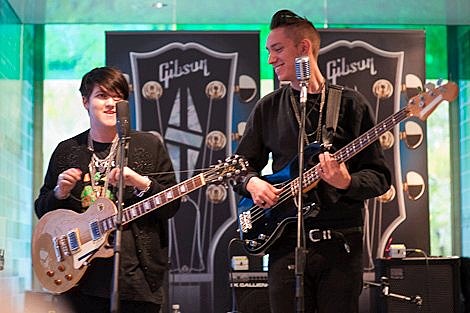 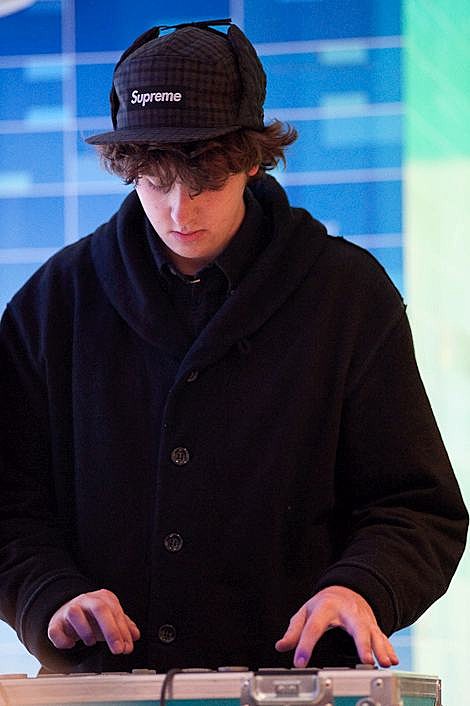 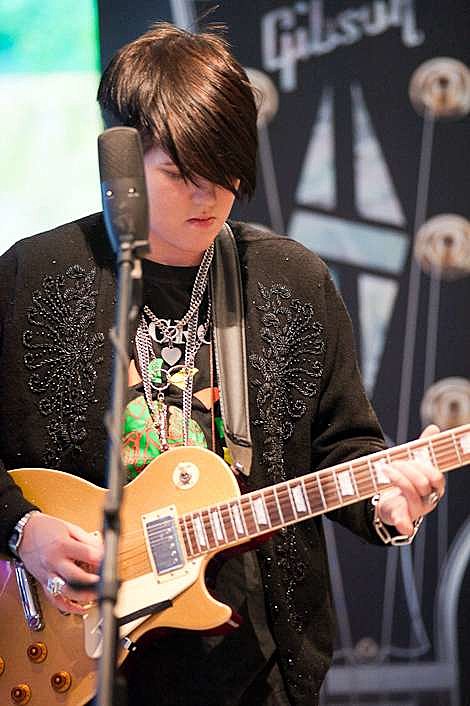 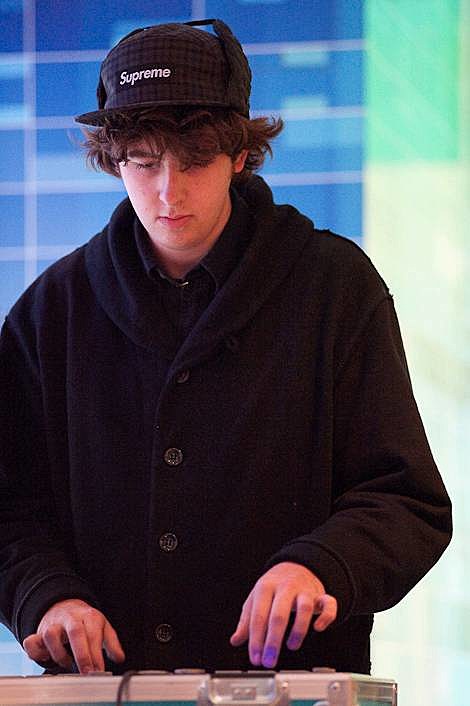 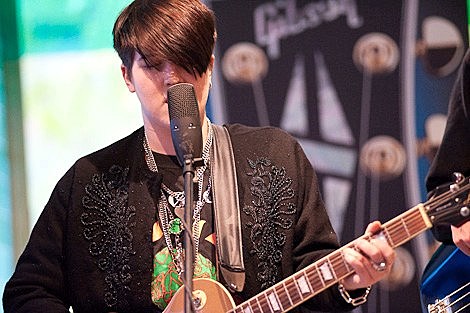 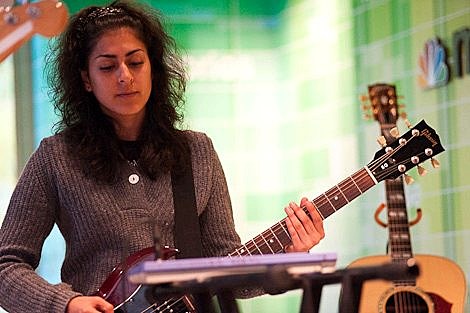 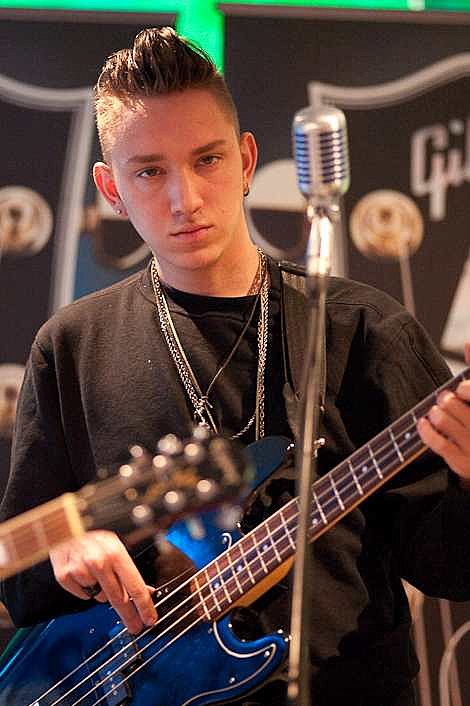 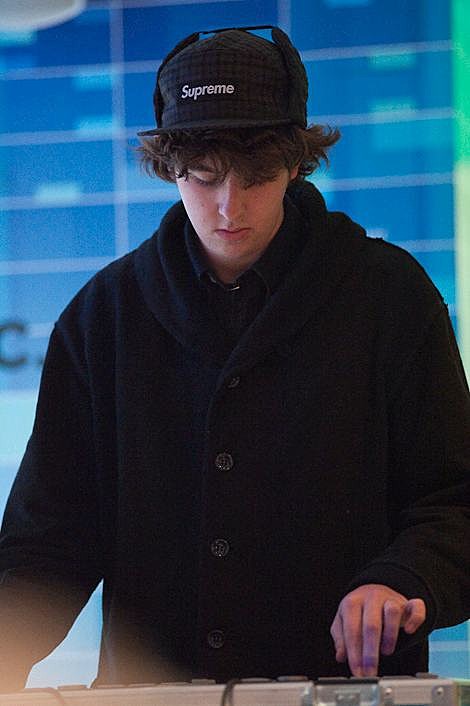 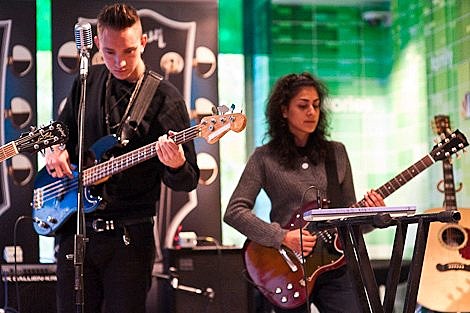 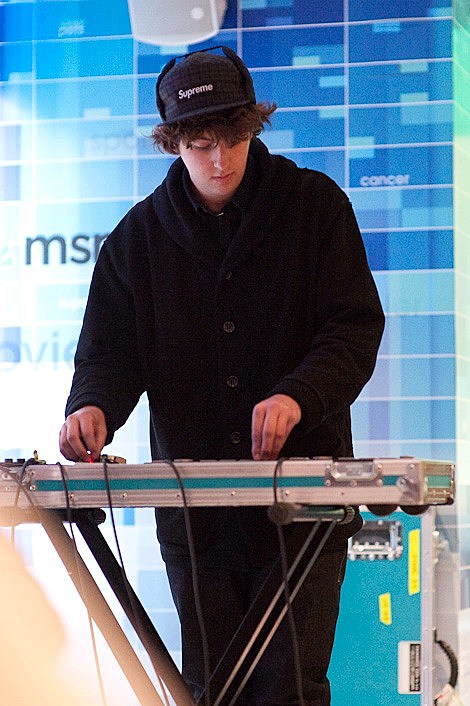 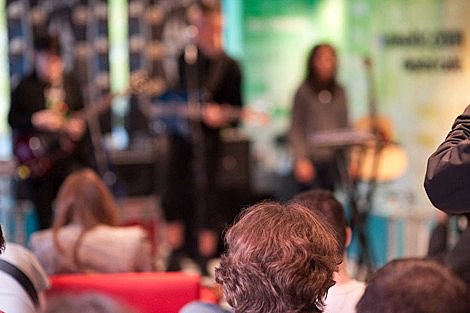 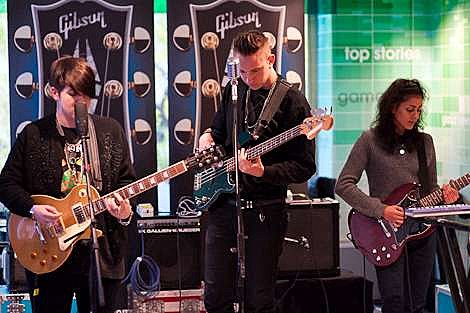 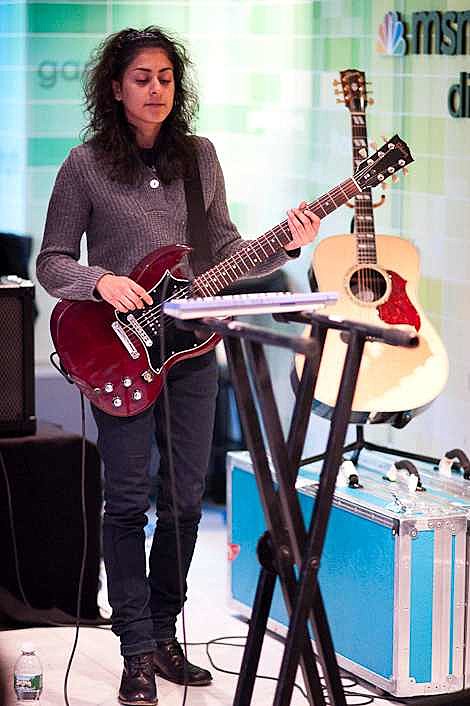 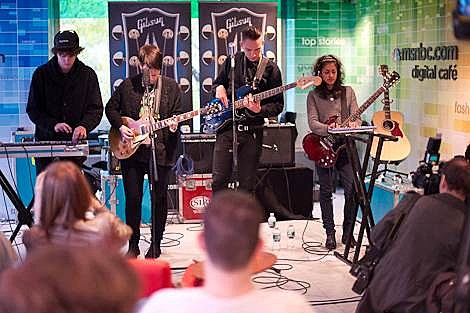 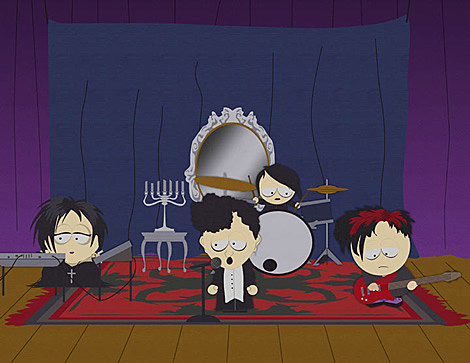