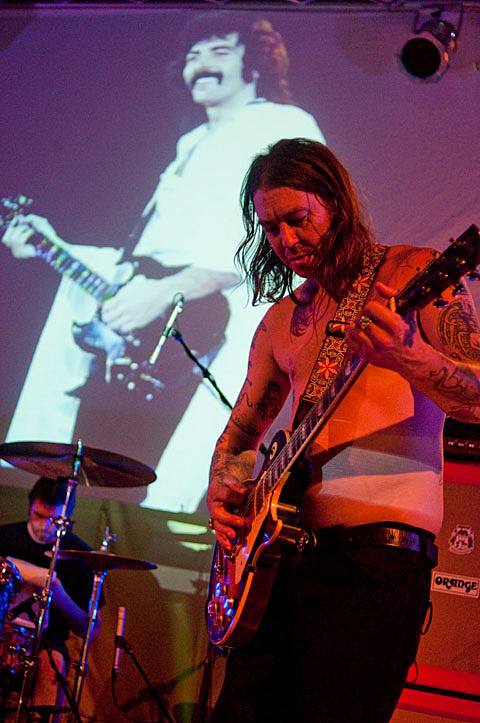 Lists are very subjective. A "best of" list is always an amalgam of personal experiences - that fateful moment when you press "Play" for the first time, in addition to a grade of excellent songwriting. The records I've listed below had a profound impact on me this year, as did many of the shows that I attended and put on in the past twelve months. I'd like to thank all the artists who made this list as well as the ones who didn't, in addition to people like 1000 Knives, Osiris, Bill Dozer, Ian Dickson and venues like Union Pool, The Studio at Webster Hall, Acheron, Santos Party House and a slew of others for keeping heavy music alive in NYC. But mostly, thank YOU, the reader and the listener! 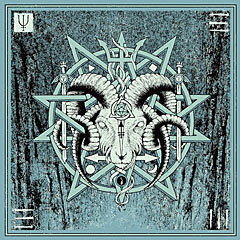 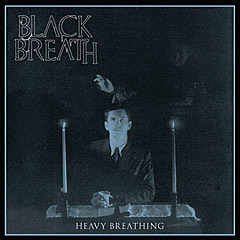 Black Breath - Heavy Breathing
The fury of hardcore meets the death-n-roll of mid-period Entombed on this scorcher. And the band's live show is every bit as fun. 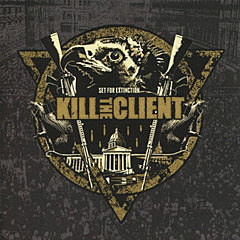 Kill The Client - Set For Extinction
The obliterating and unrelenting crusty-grind from this Texas foursome manages to improve upon the 2009 fave Cleptocracy. 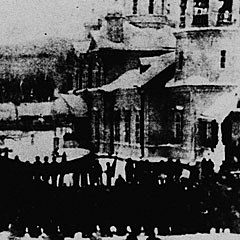 Integrity - The Blackest Curse
Twenty-plus years later, Integrity is still one of the most influential and brutal bands in hardcore. Another impressive effort from Dwid Hellion & co. 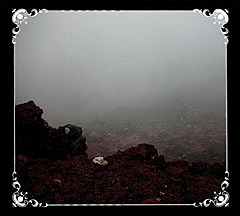 Castevet - Mounds of Ash
Melding hardcore, post punk, prog, and a mass of other influences into their blackened aesthetic, Castevet's Mounds of Ash yields complex and truly unique songwriting. 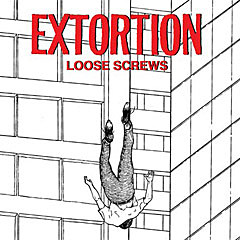 Extortion - Loose Screws
I'm breaking my own rules by putting this 10" on this list (my list of favorite 7"s, EPs, etc is below) but Loose Screws is twelve whizzing bullets of Aussie fast-core that impacts like a buckshot. 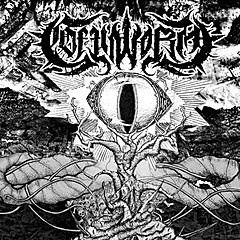 Coffinworm - When All Became None
One of my favorite debuts of the year, and a filth-ridden sludge/doom masterpiece. Here's to more evil genius in the near future. 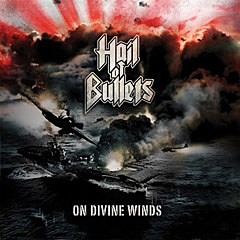 Hail Of Bullets - On Divine Winds
Another battering ram of an LP from Martin Van Druunen and co, and an excellent follow-up to my 2009 fave of old-school death metal. 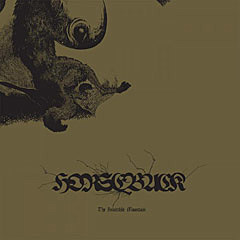 Horseback - The Invisible Mountain
Horseback is like a blackened ambient soundtrack to the old west, employing bluesy riffs, repetition and influences like Om, Earth, and Can. The Invisible Mountain's fourth and final track, "Hatecloud Dissolving into Nothing", shows that Horseback can do beauty with the same finesse. 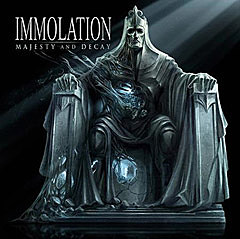 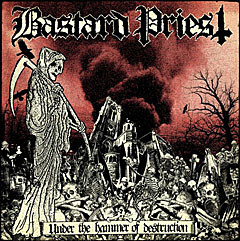 Bastard Priest - Under The Hammer of Destruction
With equal parts Discharge and Dismember, these Swedes have unleashed a record that recalls both the roots of death metal and its influences. 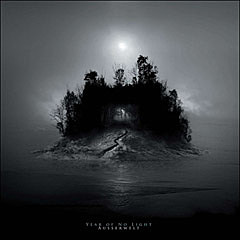 Year of No Light - Ausserwelt
While Nord was on my short list of favorite records of 2007, France's Year of No Light have bested it with their latest instrumental effort. Their new approach conjures soaring post-rock highs and lows that plummet with metallic sovereignty. 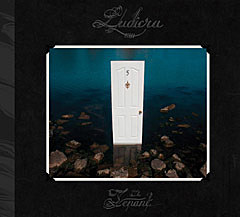 Ludicra - The Tenant
Ludicra made one helluva LP with 2006's excellent Fex Urbis Lex Orbis, but they are truly at their best with The Tenant. Brutal yet melodic black metal at its best. 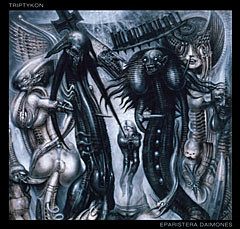 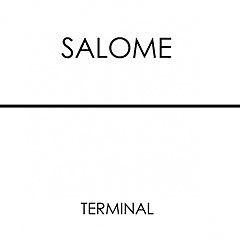 Salome - Terminal
Though Terminal hasn't quite harnessed the awesome power that is the Salome live show, it gets incredibly close. Rife with tension and incredible riffing, the LP proves that this is one of the most important bands in doom today. 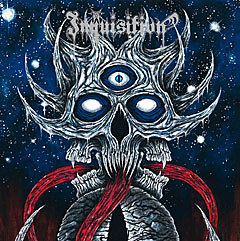 Inquisition - Ominous Doctrines of the Perpetual Mystical Macrocosm
Inquisition saved all of the complexity for the album title. Instead of over the top guitar wizardry, Inquisition opt for no-frills black metal with crystal clear production, fantastic riffs, and impeccably maniacal songwriting. 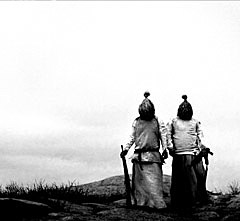 The Body - All the Waters of the Earth Turn to Blood
It takes a fair amount of cojones to conjure a record like All The Waters. The Providence duo has crafted a curious oddity and one of the most punishing doom releases of the year using orchestral strings, strange samples and even a choir. 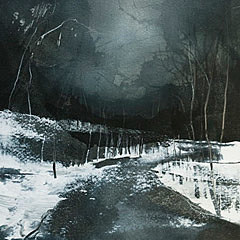 Agalloch - Marrow Of The Spirit
It took me a little bit to come around, but Marrow of The Spirit is definitely every bit as good as you've heard. This ambitious excursion of post-rock, folk, ambient, and black metal is both poignant and masterful. 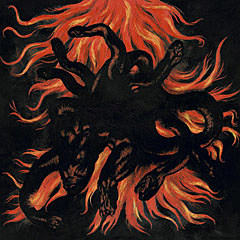 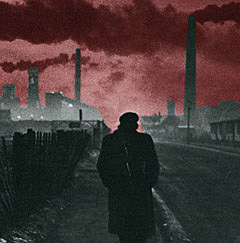 Thou - Summit
Thou embodies Eyehategod's gloomy hatred, Mogwai's introspection and Fugazi in DIY approach and philosophy. Summit, easily their greatest achievement, shows these young lads maturing from their crusty punk roots to a legitimate force. Summit is a daring, reflective & explosive effort.

--
Weedeater at The Studio at Webster Hall (more by Markus Shaffer) 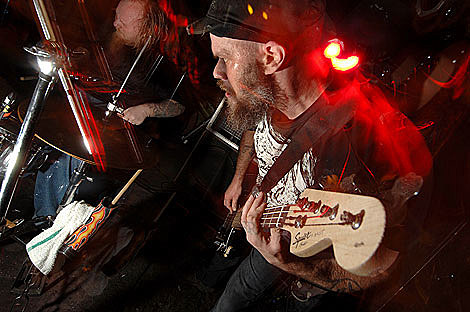 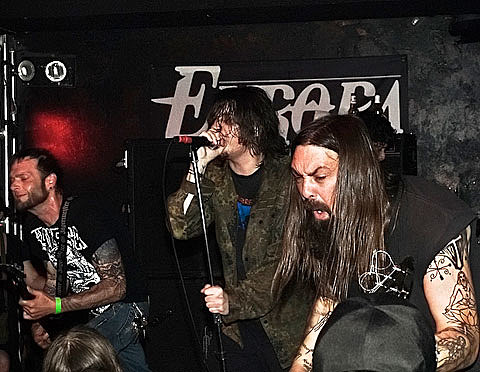 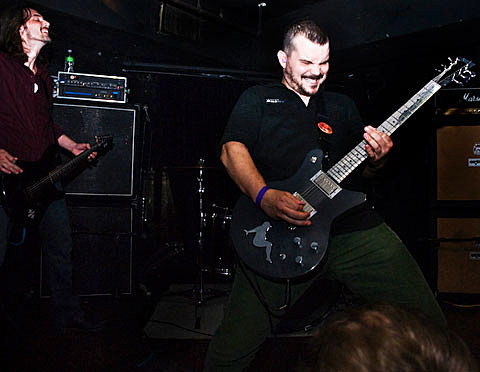 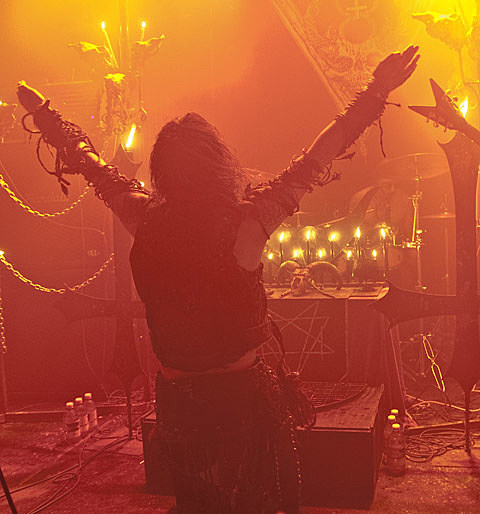