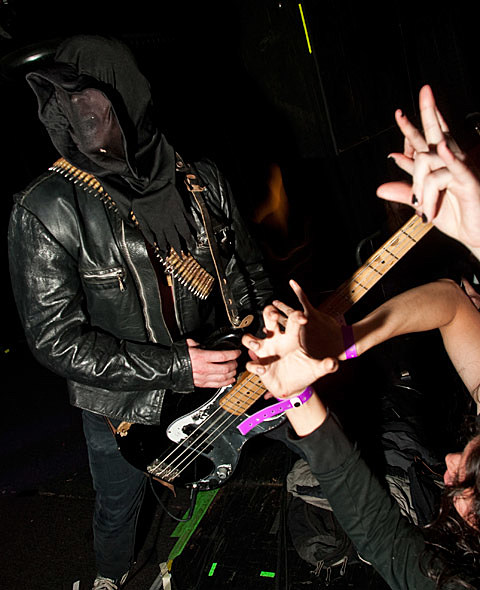 2011 was a year that I spent delving deep into record bins, in the pit at shows, and searching for the most brutal of the brutal at festivals across the country including Maryland Deathfest, Chaos in Tejas, Rites of Darkness, SXSW, the A389 Anniversary show, California Discord Fest, and many others. It was also a year when I revisited my hardcore roots, and went further down the rabbit hole with DIY shows and independent records.

2011's choices for best of the year were tougher than I could have imagined, as opposed to my clear cut 2010 choice for favorite album of the year. That said, favorite records are about playability, and these are the LPs that wore out my needle and earned the most plays on my digital device (note: I made sure to remove a record that I was directly involved in because that would clearly be near the top of the list). I hope you enjoyed these records as much as I did in 2011 and if not, please share what you enjoyed below. I already can't wait for 2012.

My favorite records and shows of 2011 are below. 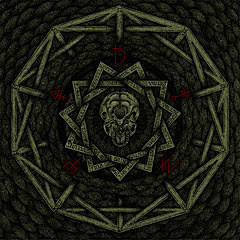 25) Mitochondrion - Parasignosis
Parasgnosis is death metal on a bad acid trip. Much like label-mates Portal and Impetuous Ritual, Mitochondrion's experimentalism employs black metal and progressive tendencies to create a terrifying, claustrophobic and mind-altering LP. And they aren't too shabby live either, as I witnessed at Rites of Darkness III. 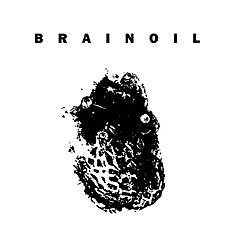 24) Brainoil - Death of This Dry Season
While I may concern myself with experimentation and genre-pushing for some of the records on this list, Brainoil's strength lies in simplicity. The band's crusty sludge is primal and devastating in a way that recalls Buzzov*en or Eyehategod, and similarly accessible to metal fans and punks alike. If you missed it, we previously streamed a track from their LP. 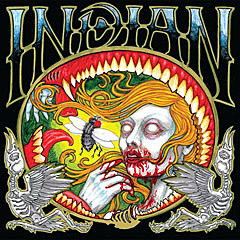 23) Indian - Guiltless
Violent and psychedelic, Guiltless is noisy doom and black metal, melodic yet shapeless, and a welcome return from this Chicago quartet. Fantastic live band too, as witnessed at Union Pool earlier this year. 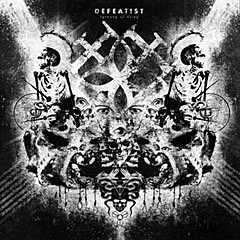 22) Defeatist - Tyranny of Decay
No matter how many times you listen to it, you can never fully wrap your head around Tyranny of Decay. Swirling riffs succumb to constant time signature changes, confusing all of those who just want their grind to be of the "blast-blast-blast" sort. This is grind for math-majors, proving that the genre isn't just about gross-outs, pummeling, and speed. RIP Defeatist. 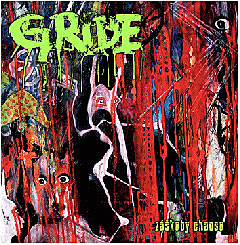 21) Gride - Záškuby Chaosu
Thank god for Maryland Deathfest. I first crossed paths with this Czech hardcore/thrash/grind crew at a show in a bike store in Bushwick as part of a tour that included the MDF appearance and ever since I was hooked. The wildly creative fast-hardcore/grind continues on their new LP Záškuby Chaosu, a completely unpredictable and unrelenting ride. Someone press this in the US damnit! Stream the LP in full. 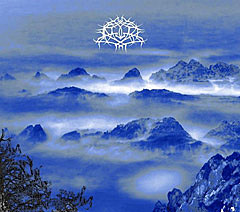 20) Krallice - Diotima
Its hard to imagine modern metal without a masterful band like Krallice. These four staggeringly talented individuals combine to make some of the most complex, melodic, and urgent material yet on Diotima, another stellar release in a already storied catalog. 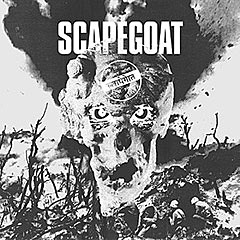 19) Scapegoat - S/T
The Crossed Out/Infest/No Comment influence is strong with this one, but Scapegoat's hardcore/grind hits as hard as any of those standard-bearers on their self-titled LP. 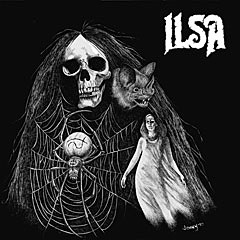 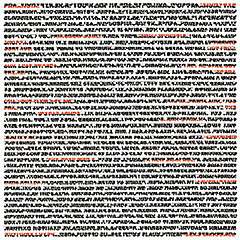 17) Dead Language - S/T
Iron Lung + No Comment seems like a no brainer right? After the disappointment of the recent Low Threat Profile LP, its hard to take any "supergroup" for granted. That said, Dead Language deliver on the promises of sludge, blasting grind and feedback-y noise associated with Iron Lung, Walls, Pig Heart Transplant, and others. Sometimes the whole is as good as the sum of its parts. 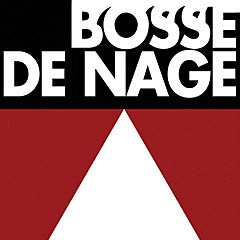 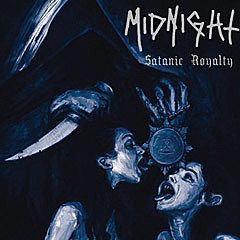 15) Midnight - Satanic Royalty
Seedy, ass-kicking, dangerous "black rock-n-roll". Midnight accomplishes what so many aim to do, make a record that is as much about evil as it is about getting loaded and causing trouble. Play it loud at your next party, and watch the keg-stands commence. If you missed it, we recently posted a song from the record. 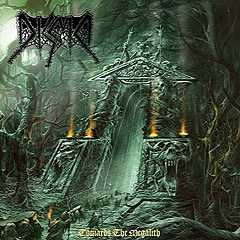 14) Disma - Towards the Megalith
It takes a gang of guys steeped in the lore of death metal's incubation to make a record this vile yet appealing, and Disma's pedigree lives up to its promise on Towards The Megalith. I interviewed Daryl Kahan (vocals) earlier this year. 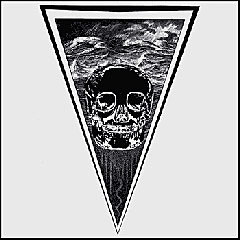 13) Ash Borer - S/T
There's epic, and there's tired, long-winded and noodly. Ash Borer are most certainly the former. Their self-titled is not only an impressive piece of songwriting, but it also perfectly crystalizes the band's incendiary live show, which I hosted this past summer. Check out a song from that LP. 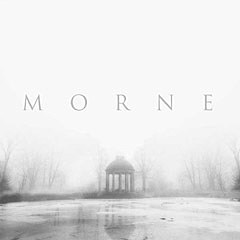 12) Morne - Asylum
Morne's sludge-doom starts with crust; the band's newest LP Asylum plays like a half-speed Feral Ward release (the home of their earlier releases) as opposed to something that you may attribute to descendents of Melvins or Buzzov*en. And much like Tragedy, subtle melody and urgency is paramount on Asylum.

10 and 11) Autopsy - Macabre Eternal/ Morbus Chron - Sleepers In The Rift
Autopsy's Macabre Eternal is a welcome return to form for the death metal giants, and proof that their time away has only helped concentrate their songwriting. Morbus Chron clearly worships at the altar of Autopsy, but also takes notes from the their local death metal heroes (the band is from Stockholm). Thankfully, Morbus Chron use that as a badge of honor and not a pass to ape their forefathers, anchoring Sleepers in The Rift in good songwriting. We previously streamed an Autopsy song and they were amazing at Chaos in Tejas. 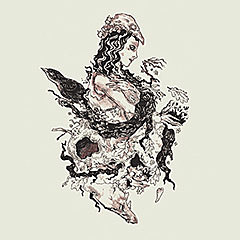 9) Deafheaven - Roads to Judah
There are quite a few bands that adhere to the pensive shoegaze-meets-black-metal blueprint, but very few do it with as much energy, vigor and complexity as Deafheaven. Roads to Judah is a triumph, and shockingly well-crafted for a band as junior (in age) as Deafheaven. We interviewed George from Deafheaven earlier this year and hosted the band at SXSW (twice) and in NYC. 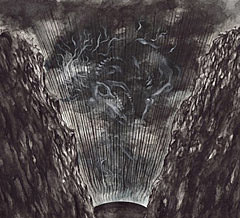 8) Altar of Plagues - Mammal
Altar of Plagues show grace and thunder on their latest black-metal-influenced release, alternately contrasting the beauty and the terror on Mammal. 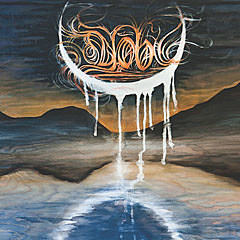 7) YOB - ATMA
"Prepare the Ground" was the thundering opener at at Full Metal Texas 2011, and serves a similar purpose for the band's latest doom set. On their second LP since reforming, ATMA proves that YOB belong in their rightful place among the best doom metal bands working today. 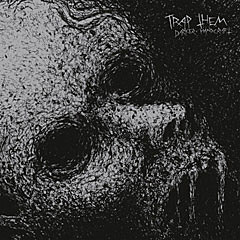 6) Trap Them - Darker Handcraft
Darker Handcraft is the end of a long road for the hardcore band, and their crowning achievement. Blasting grind, Swedish DM, and hardcore combine for one of the most repeat-listenable releases of the year. If you were to make a best of 2011 mixtape, I can't imagine not putting "Evictionaries" on that. 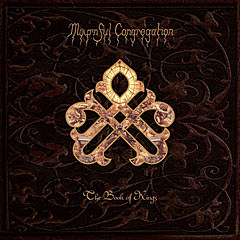 5) Mournful Congregation - The Book of Kings
Majestic, sorrowful funeral doom from these Australian kings that unfolds with multiple movements and reveals aching melody within melody. Probably my favorite release in the tail end of 2011 (we previously hosted a song), and it was an absolute joy to witness the band at Rites of Darkness. 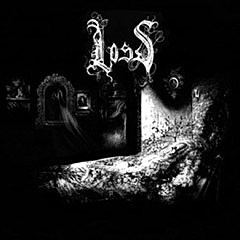 4) Loss - Despond
Loss's Despond specializes in the beautiful sadness constructed through deceivingly melodic death-doom. This is a triumphantly haunting and emotional debut, and clearly the soundtrack of catharsis from a deep chasm of depression. We previously interviewed Loss's Mike Meacham. 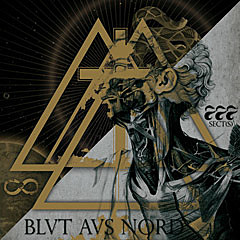 3) Blut Aus Nord - 777 - Sect(s)
Blut Aus Nord released a pair of avant-black-metal LPs this year, the second of which 777 - The Desanctification definitely didn't crystalize quite like 777 - Sect(s). Part of a proposed trilogy with the third due next year, Sect(s) is the more "traditional" of the pair yet is anything but; lightning fast dissonant riffs that coalesce into melody, industrial touches, and dark ambiance mirrors the adventurous spirit of their countrymen Deathspell Omega. Challenging, unique, anthemic, and fascinating. 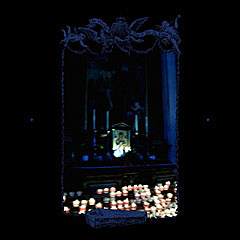 2) Negative Plane - Stained Glass Revelations
Stained Glass Revelations uses so much reverb that at times you cant help but think of the surf stylings Dick Dale. All that reverb helps solidify the feeling of being in a hellish nightmare, and its that distinct sound along with impeccable songwriting that enables this LP to carve out its own niche in black metal. We hosted Negative Plane at Union Pool earlier this year. 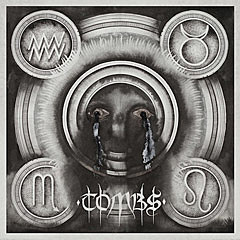 1) Tombs - Path of Totality
March 20th, 2011. I was completely worn-to-the-bone after a busy SXSW and hitting night shows directly after. Tombs was playing a show at the now-hallowed-ground known as Emo's outside and though I didn't feel like moving an inch away from my hotel bed, I headed out because I missed the bulk of their set at my own show with Profound Lore (running around and TCB). With my attention undivided (and my camera tucked in my suitcase), I watched the NYC trio rip a set of hardcore-infused black metal from the then-forthcoming Path of Totality, most of which I hadn't heard until that moment. By the end of the set I knew that not only was this some of Tombs' best material, this would be one of the best albums of the year. 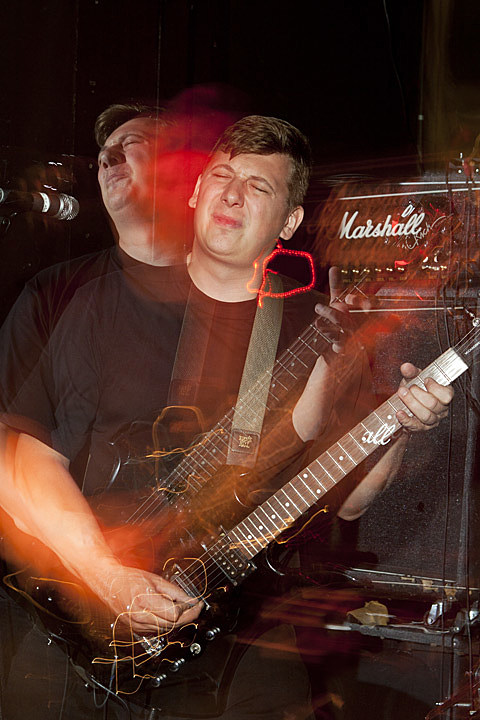 Unfortunately, Kim Phuc's Copsucker LP arrived late enough in the year that I probably would have included it in my favorites, but I didn't get to log enough hours with it. Consider that a very honorable mention.

Windhand's debut LP is a favorite of mine (stream a track) but technically that will fall in 2012, as will the new record by The Devil's Blood.

Many sites are applauding the latest Inquisition LP which had an official street date on January 18th, yet was actually released in December. I included it in last year's round up. 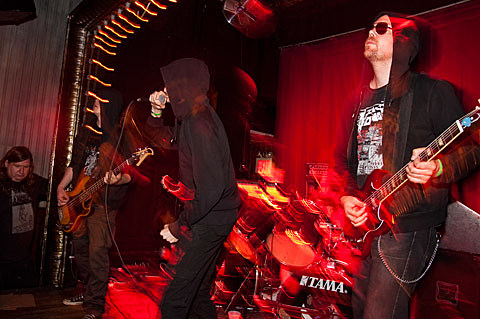 --
Kriegshog at Chaos in Tejas (more by Tim Griffin) 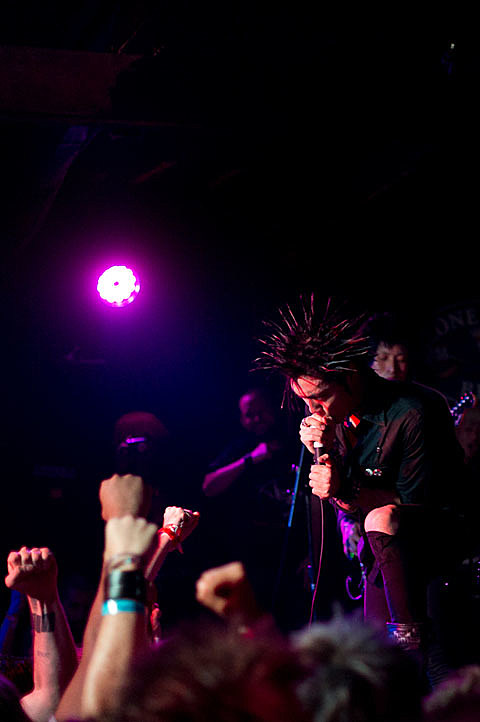 8) Despise You, Magrudergrind, The Communion, Backslider, Defeatist at Shea Stadium

14) Trap Them, All Pigs Must Die, Black Anvil at Union Pool and at Cake Shop with Psychic Limb

15) Horseback, Hull, Batillus, Caltrop at The Studio at Webster Hall

18) Wolves In The Throne Room, Thou, Krallice at The Bell House

19) Youth of Today, Mouthpiece, The Last Stand at Acheron

20) Lake of Blood, Seidr, Falls of Rauros, and Castevet at Acheron

*Note, I purposely left out Fun Fun Fun Fest 2011, easily a top 5 contender, due to its larger scope as opposed to being primarily hardcore/metal-centric.