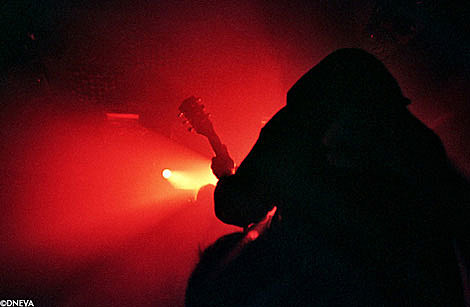 Ya hear that rumble? Thats the sound of great records perched in the distance waiting to descend on 2009 (more on that later). While this year will bring about great music and another set of "next big things", let's take the time to be thankful for 2008 and all of it's memorable records and shows. Here are my favorite records of 2008:

20. Crowpath - One With Filth
I can't think of an album that has confused and intrigued me more than One With Filth. One second you're in a twisting 6/8 grind beat, the next you are hammering through a traditional hardcore 4/4, and the next moment it's half speed sludge... You never know which direction you're going, but you're gonna end up in a body bag.. Check out our profile of Crowpath here.

19. Trap Them - Seizures In Barren Praise
Utterly original hardcore-grind filtered through Entombed's filthy guitar tone. That's two great LPs in a row for these guys, and I already can't wait for the next. By the way, they were fantastic at our day party during CMJ.

18. Samothrace - Life's Trade
A massive and unique doom-meets-post-rock hybrid that is intensely emotional and impressive at every turn. A simply stunning debut, and MAKE SURE you see them live! More on Samothrace here.

17. Origin - Antithesis
One of the reasons why I love hardcore is that any old schlub can pick up a guitar, learn a few simple chords, and deliver a powerful song if they have the intensity to go with it. It's something missing from a lot of technical death metal which often trades the "death" in favor of the tech. You get awe-inspiring fretwork abounds, but a calculated manner sets in along with it, lacking that emotional power to make it compelling. Not so on Antithesis.

16. Coffins - Buried Death
Japanese death-doom with a little crust in there for extra filthy measure. Hopefully we can get them back in NYC sometime soon. Check out a profile we ran on the band here.

15. Kill The Client - Cleptocracy
"And we have a great opportunity to lead the world towards suicide & murder. Let's roll." That spliced together quote from George W Bush on Kill The Client's "Test Tube Nation" is an excellent view into the mind of the band and their red-lining grindcore jawdropper Cleptocracy. This is one intense record.... the sheer ferocity sounds like the band is on the verge of collapse from exhaustion. More on Kill The Client in a profile we did of the band.

14. Rotten Sound - Cycles
Opening with a snippet from the infamous Jim Jones death tape ("If we can't live in peace, then let's just die in peace"), "The Effects" locks in with an Entombed buzz-saw groove and by the time the blast beats hit, you're hooked. Cycles is a seismic mass of cataclysmic deathgrind that I STILL silently headbang to on the train... even after umpteen listens.

13. 5ive - Hesperus
Excellent psych-sludge-meets-post rock from this massive Boston duo. This one flew under the radar in the early part of the year on Hydra Head subsidiary Tortuga, but and I am glad I latched on. Sick, underrated, and essential.

12. Javelina - Javelina
Excellent debut from these Philadelphian sludge-punks, and what's more, we can expect a new record in 2009! Joy.

11. Made Out Of Babies - The Ruiner
I think I've gone on enough about these guys/gal and my love for their Am-Rep/Neurosis hybrid. Get out their and get this record. We first profiled the band in May and were lucky enough to get them to play our CMJ Day Party.

10. Cult Of Luna - Eternal Kingdom
Easily their best work to date... Punishing, thought-provoking, and just plain tasty. "Ghost Trail" may be one of my favorite songs of the year.

9. Cursed - Cursed III: Architects Of Troubled Sleep
Cursed combine everything brutal about metal and hardcore in to a crusty animalistic mess. Their album closer ("Gutters") in particular is a striking and melancholic track that has all of the darkness that so many bands will never attain. We profiled Cursed here.

8. Krallice - Krallice
There are a lot of reasons to be skeptical of this record going in. I mean, Colin Marston & Mick Barr... two instrumentalists so finely tuned in the art of the shred in the same band? Is there any time for songs? All of those thoughts melt away though, leaving focused, cohesive and well-executed debut that some have hailed as the best USBM record since Weakling's classic Dead As Dreams.

7. Gridlink - Amber Grey / Hayaino Daisuki - Headbanger's Karaoke Club Dangerous Fire
OK, So I am cheating here a little bit... but who can blame me with the Gridlink record clicking in at 11:50, Headbanger's Karaoke Club Dangerous Fire EP clocking in at 14:02 (over the course of five songs!) and both records sharing the core of vocal extremist Jon Chang (ex-Discordance Axis) and guitar wizard Takafumi Matsubara. Gridlink may be the more straight-ahead grind release of the two, but the Slayer-on-meth greatness of Hayaino Daisuki is not to be missed. Grindlink and Kill The Client share drummer Brian Fajardo.

6. Harvey Milk - Life: The Best Game In Town
I think I summed up my thoughts on this record best when it dropped earlier this year: "Stuttering, eclectic, glacially-paced sludge sung by a crew of cro-magnon men." And I can't get enough.

5. Cynic - Traced In Air
It's pretty damn hard to perfect a comeback. Add the fact that your only record, Focus, is considered a bonafide progressive death metal classic and you have an idea of what Cynic had up against them. Traced In Air is proof positive that they were up to the task.

4. Disfear - Live The Storm
If there is one thing that the metal kids and the crusties can agree on (there isn't much) it's fucking Disfear. Live The Storm just plain rules.

3. Nachtmystium - Assassins: Black Meddle Pt 1
Instinct: Decay was a step in the right direction, but Assassins is a quantum leap forward... a successful melding of black metal and psych that is experimental, pummeling, expansive, and literally as good as you've heard.

2. Leviathan - A Massive Conspiracy Against All Life
USBM-er Wrest's latest record may be his last under the Leviathan moniker, or his last period, but it marks his most frightening and fascinating work to date (yes, I am including Lurker Of Chalice). Discordant, melancholic, propulsive, yet destructive... if this is his last work, the man sure knows how to leave on a high note. 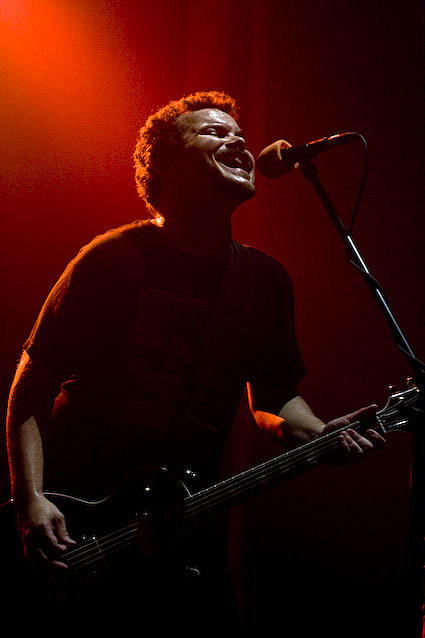 1. Torche - Meanderthal
You'd be hard pressed to find a record that is both as heavy and as catchy as Meanderthal, and I'd venture to say you probably won't for a while. I posted my thoughts on the Meanderthal before ("a 10,000 lb cupcake"), and though many months and many records have passed by since I wrote those words, my thoughts haven't changed. Simply put, if you were to go onto my iPod today and check the play count, I can guarantee at least three of the top 10 listens are songs by Torche. No band today can deliver a sugary sweet pop song at 1000 dBs like Torche.

Cheers boys, and here's to hoping the band can continue to deliver the same thunder without Juan Montoya. 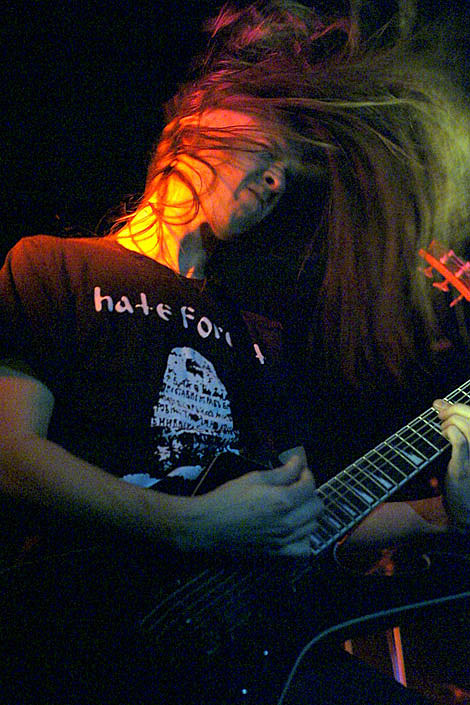 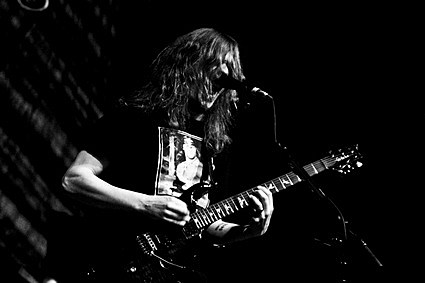 RECORDS I CAN"T WAIT TO HEAR IN 2009
Napalm Death
Javelina
... And You Will Know Us By The Trail Of Dead
M. Ward
Asunder
Necrophagist
Kylesa
Grizzly Bear
Gaza
Mayhem
Mastodon
Slayer
Graf Orlock 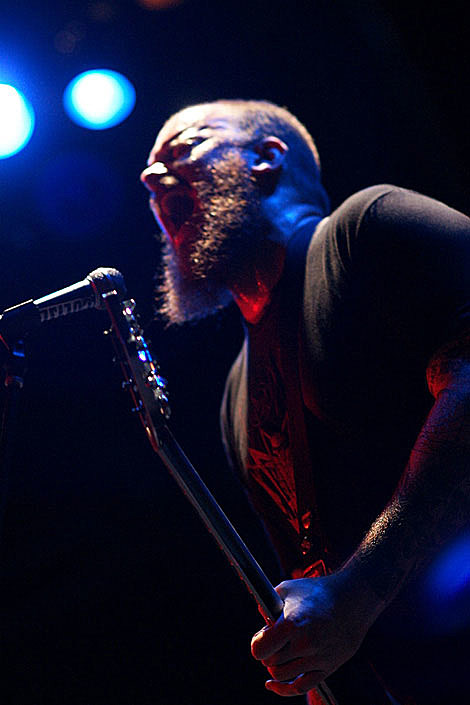 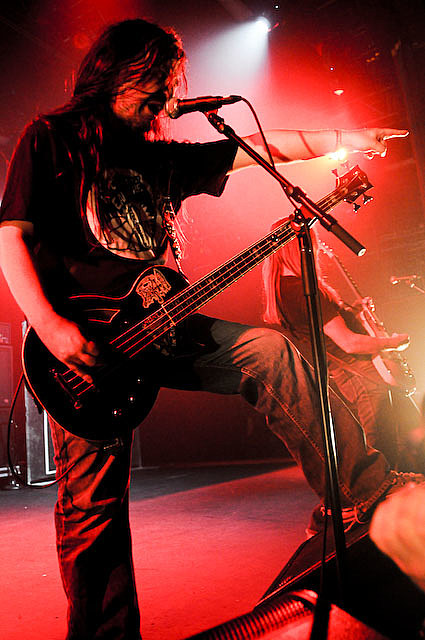