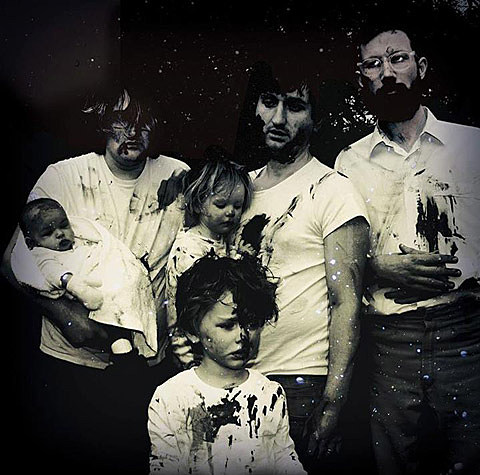 It's been a while since America has seen UK trio The Young Knives on these shores. The band from Ashby-de-la-Zouch, fronted by brothers Henry and Thomas Dartnall, have continued making their distinctive, eccentric and decidedly British brand of punchy psych rock. The sweater vest look they were known for in the mid-'00s has been retired, though. The band released their fifth album, Sick Octave, last year which mixes the poppy and out-there in equal proportions. Somewhere in between is current single "White Sands" which has both a big hooky riff and a drugged-out "I took a hundred of these!" chorus (perhaps a nod to The Fall's "Totally Wired"?). You can watch the video for that below but we're premiering a live video of the band doing a drums-and-voice version that's pretty neat. You can watch that below too.

I always enjoyed The Young Knives live (it was, in fact, one of the reasons I started writing for BV) and hope they'll grace North America with their presence again soon. The band do have a few UK dates this week, though, supporting The Flaming Lips, including tonight (5/28) at London's O2 Academy Brixton. All dates are listed, along with the "drum circle" version of "White Sands" and a couple of their '00s era videos, below...

The Young Knives - Weekends and Bleakdays

The Young Knives - She's Attracted To