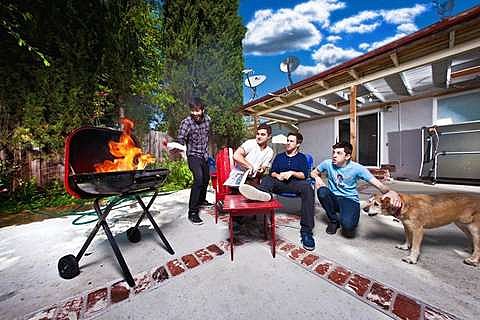 Amongst the many bands playing the Northside Festival this weekend are LA's The Young Rapscallions who are making their NYC debut tonight (6/15) at Glasslands with Lissie Truile and Motive. Advance tickets are still available or you can try buying at the door or using your Northside badge. The band tag themselves as "garage rock" on Facebook and Bandcamp pages but it's definitely not of the Ty Segall/Fidlar variety. You can stream a few tracks below.

You might recognize their drummer -- Chris Mintz-Plasse, who has appeared in a number of films but is best known for playing McLovin in Superbad. So between Young Rapscallions and Mister Heavenly, that's at least two Superbad castmembers with bands. Are their more?

Tonight's their only East Coast show but they've got some more dates this summer back in their home state, all of which are listed below.