The Young at Austin Psych Fest 2014 (more by Tim Griffin) 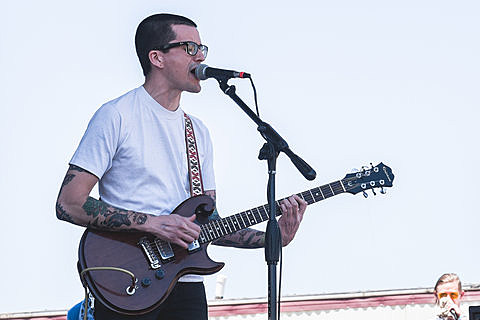 Austin rockers The Young announced that their new album, Chrome Cactus, will be out on August 26 via Matador, the same label that put out its predecessor, 2012's Dub Egg. Ahead of that, the band have put out the video for its single, "Metal Flake," a track with late-night bar sleaze, punk attack and a bit of psychedelia too. Check it out below.

The band are planning to tour as the album date nears, though that's still TBA. In the meantime, they'll play a pre-release show in NYC on June 27 at Union Pool. Tickets for that one are on sale now.

Watch the new video below...