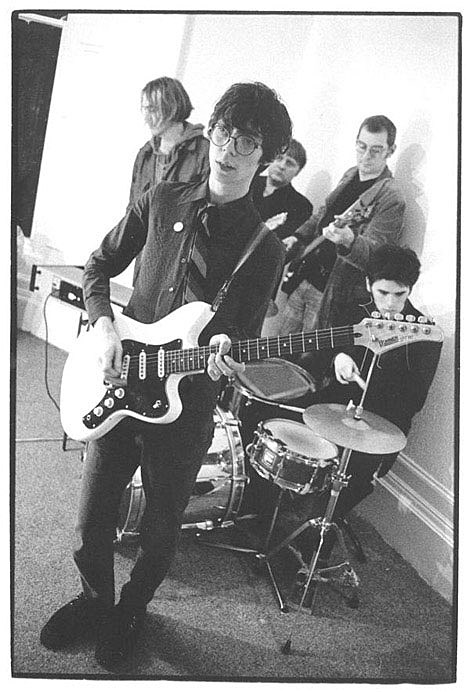 Pitchfork reports that '90s-era Glaswegian indie band The Yummy Fur -- who existed from 1992 to 1999 -- are reuniting and will be playing their first-ever American shows in January, including a NYC stop at the 171 Lombardy space on January 15. For those who don't know, The Yummy Fur was fronted by John McKeown, now of The 1990s, and included Franz Ferdinand's Paul Thompson and Alex Kapranos (who at the time went by Alex Huntley) late in the band's career. McKeown and Thompson will both be in the reunited line-up, but Kapranos will not (though he does live here at least part-time, so who knows about the Lombardy date?).

This unexpected tour will be in support of a new "best of" compilation being released by What's Your Rupture? sometime in January. The band's catalog -- four albums and seven singles full of scratchy, Fall-inspired low-fi twee punk -- has been out of print for ages. The band were kind of legendary on the '90s Glasgow scene that also included Uresei Yatsura and Pink Kross, and it will great to (hopefully) have singles "Policeman" and "Plastic Cowboy," among other tracks, available again somewhere besides Ebay. No word yet as to who else will be in the band besides McKeown and Thompson, though, as bassist Jamie McMorrow is also in the 1990s, it seems fairly likely he'll be along for the trip as well.

The Yummy Fur live in Glasgow 1998