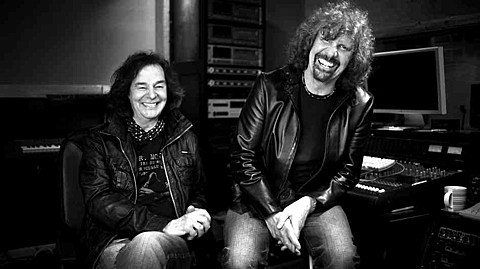 It was pretty exciting earlier this year when baroque pop legends The Zombies (who just released a RSD 12") toured with support from Elephant Stone, and now, as revealed in today's Summerstage 2013 lineup announcement, they'll be playing a show in NYC with another band they've surely influenced, Django Django. That show happens on June 15 at Central Park Summerstage and also includes Adam Green & Binki Shapiro and a DJ set by Modest P. The show is free to the public. It's a day show which runs from 3 to 7 PM so it could be a good one to catch before heading to Brooklyn for Northside Festival that night.

The Central Park show is part of The Zombies' US spring/summer tour which hits the Bergen Performing Arts Center (6/13) in NJ and Mohegan Sun (6/14) in CT right beforehand. All dates are listed, along with a video of their full Live on KEXP set at SXSW (where they were sounding especially great), below...