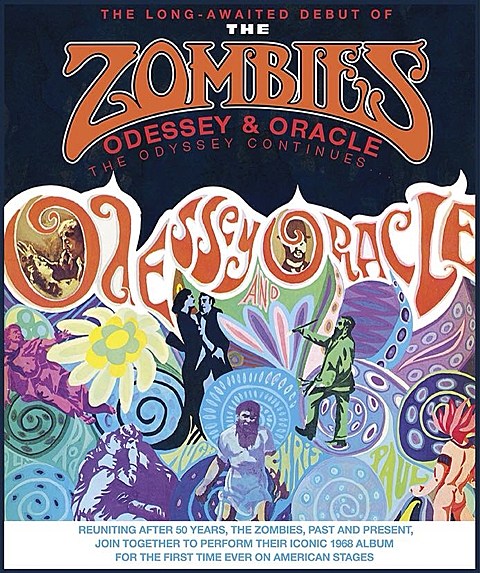 British psychedelic/baroque/sunshine pop legends The Zombies performed their essential 1968 album Odessey & Oracle for its 40th anniversary in London (and turned it into a DVD), but they've actually never performed it in full in the US. That will finally change this fall, and making it even better, Colin Blunstone and Rod Argent are reuniting with surviving original members Chris White and Hugh Grundy for the shows. It'll be that lineup's first US tour together in five decades. The shows will also include the band's current lineup (Blunstone and Argent with Tom Toomey, Jim Rodford and Steve Rodford) playing music from their new album, Still Got That Hunger, which is set to come out this September.

The tour kicks off on September 30 in Dallas and wraps up on October 27 in San Francisco. In between, it hits NYC on October 9 in NYC at The Concert Hall at New York Society for Ethical Culture (2 West 64th St). Tickets for NYC go on sale Friday (7/24) at 10 AM with a presale starting Thursday (7/23) at 10 AM.

They also have European shows coming up. All dates are listed, with the full-set video of their Odessey and Oracle 40th anniversary show, below...