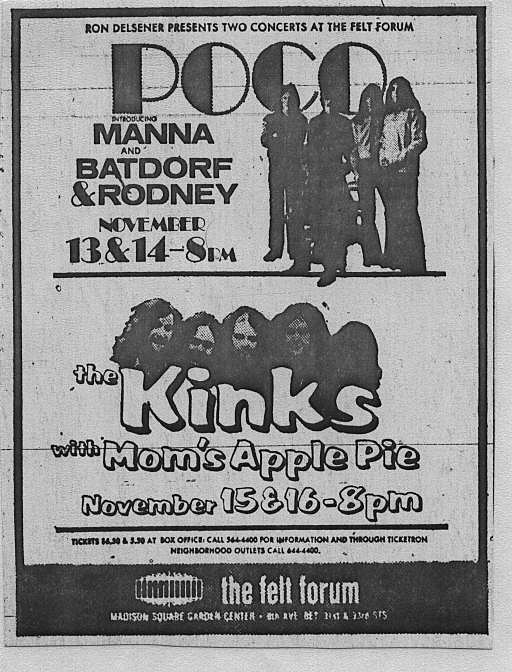 New York City governor Andrew Cuomo continues to draw up new plans for the city, one of his newest being a replacement for Penn Station which would also result in the demolition of The Theater at MSG (originally called the Felt Forum). Via Playbill:

At a Jan. 6 press conference Gov. Cuomo unveiled several proposals to convert the former Foley Post Office on the west side of Eighth Avenue at 34th Street into a bright, modernistic new station, which would replace Pennsylvania Station, the main New York City terminal for both the Long Island Railroad and the New Jersey PATH trains--therefore one of the major access points for theatregoers from those two regions. The governor said he has earmarked $3 billion for the project, which includes retail development on neighboring streets. He said the state is seeking developers to carry out the project.

One of the proposals calls for "A friendly, negotiated condemnation and removal of the MSG Paramount Theater [The Theater at Madison Square Garden], creating the opportunity to construct an 8th Avenue grand entrance with concourse, retail and commercial space."

Asked for comment by Playbill.com, an MSG spokesperson responded, "Here is The Madison Square Garden Company's statement on the Governor's plans to transform Penn Station: 'MSG fully supports the Governor's plan and will work to make it happen.'"

It opened as Felt Forum in 1968 and kept that name until the early '90s, when it was renamed The Paramount Theatre. It was eventually renamed once again to the WaMu Theater at Madison Square Garden in 2007, but once Washington Mutual collapsed in 2009, it was changed to The Theater at Madison Square Garden. Tons of classic artists played the venue, including R.E.M., New Order, Grateful Dead, Metallica, Slayer, Guns N Roses, Deep Purple, Simon & Garfunkel, The Kinks, Frank Zappa and more. The Doors' six-disc box set Live in New York was recorded at the Felt Forum in 1970.

Recent shows there include A$AP Rocky and Faith No More (click the links for pictures).

Watch some old live videos from when it was called Felt Forum below...