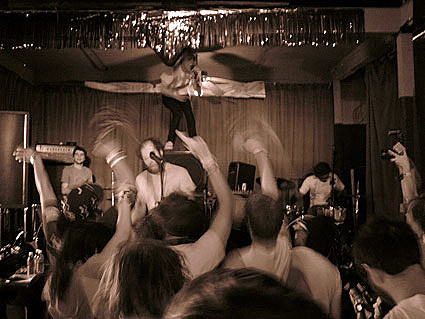 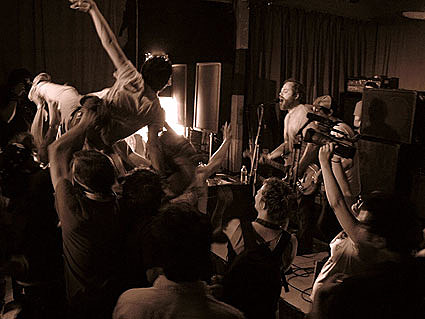 TheDeathSet were yet another one of my favorite bands playing 10 million shows in and around Austin two weeks ago. I managed to catch them once. It was the daytime Friday VICE party, and I think I picked a good one because they ended the show with "thanks guys. it was just like home".There was lots of crowd participation - especially for the afternoon, and I agree it felt like home. (even though I've never actually saw them play in Baltimore, but I think Brooklyn/NYC is maybe their home away from home). Catch them in Brooklyn tonight (March 28, 2008) @ Glasslands w/ Ninjasonik. It's the Lolita Party... 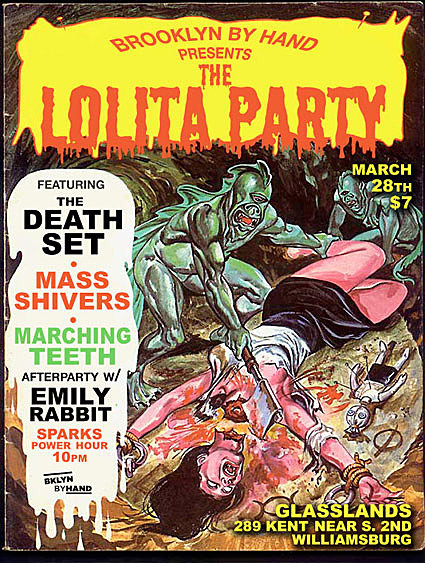