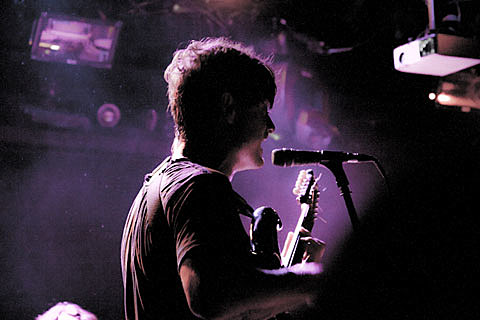 Thee Oh Sees and Total Control played two NYC shows last week (Thursday 17th at 285 Kent and Friday 18th at LPR) as part of their ongoing tour. Currently the bands are headed back to West Coast, but not before a few more gigs (including two pre-Thanksgiving shows on November 23rd in Chicago).

The recent sets were Thee Oh Sees's first in the NYC with new member Lars Finberg of the Intelligence. At LPR the band mixed songs from the excellent new Carrion Crawler/The Dream with staples from Help and Warm Slime for the ridiculously packed crowd. Lars, on a second drum kit, added some extra oomph on the backbeat but otherwise slipped seamlessly into the band's air-tight-as-always sound. For the encore, Lars strummed a guitar and walked across the drum sets for a bit of tight-rope theatrics. Did you see the show on LPR's live stream? Some videos of the gig are below.

In addition to the new LP, TOCS have a tour split with the Total Control that's worth picking up. I usually think gimmicky colored vinyl is kind of whatever, but I did get a kick out of this half-clear-half-yellow record, which looks like someone dipped it in a vat of slime. A picture of that is below... 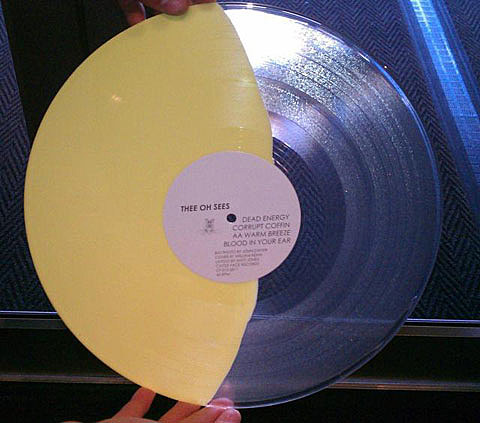