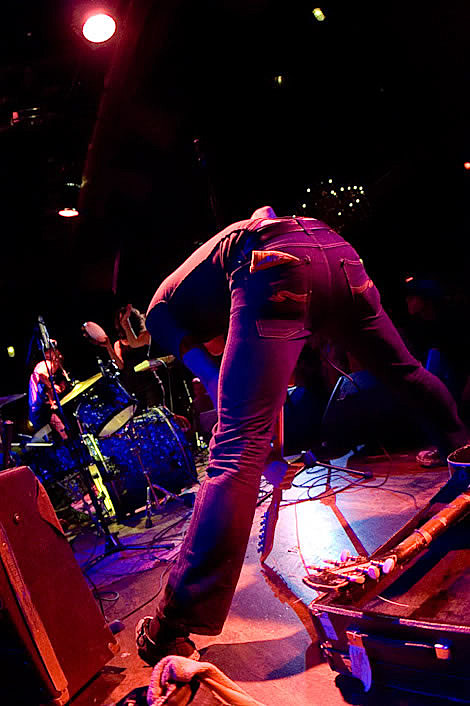 Thee Oh Sees played two NYC shows over the weekend (both on the stage). Tim was at the band's Saturday, April 4th Bell House show with Excepter, Catatonic Youth Sightings, and Pink Skull. That gig was a launch party for FreeMusicArchive.org.

Then, Thee Oh Sees played a Sunday night (4/5) Mercury Lounge show with Skeletons, Child Abuse, and Zs. I caught that performance, which showcased John Dwyer & Co.'s reverbed out garage rock sound in a set of short, to-the-point songs. The psychedelic-punk vibe worked for the band who seemed to thrive on an element of danger - Dwyer frequently jammed the mic into his mouth squeaking lead-lines in a kind of manic breathing/barking gesture. The band plays without a bass guitar (they were the third band of the night to do so) which gave their sound a weightless, centered quality that could've been found just as easily on the tiny speakers of a portable turntable or an FM radio. Songs started with only a quick count off by singer/guitarist Dwyer, who traded barely-intelligible melodic fragments with co-singer Brigid Dawson over the steady, held-back drums of Mike Shoun. Other guitarist Petey Dammit layed a simple, hypnotic foundation for the reverberating sounds on stage. The band compressed that into a concise set, played one encore, and headed home to San Francisco.

Thee Oh Sees' newest record, Help, just came out on In the Red Records. The band has a set of West Coast dates planned.

All Bell House photos and tour dates below... 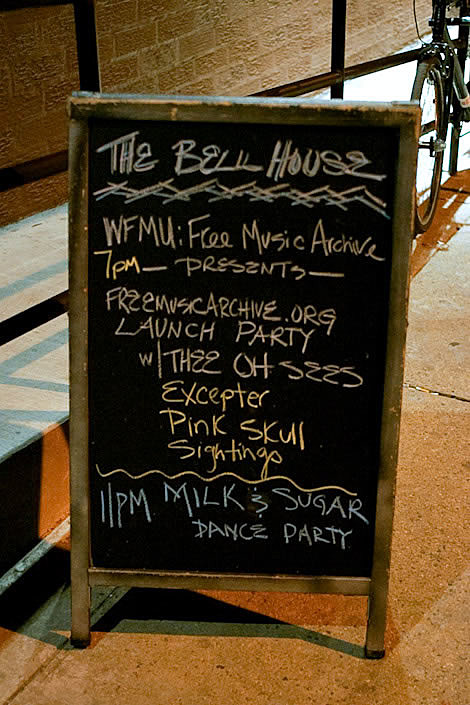 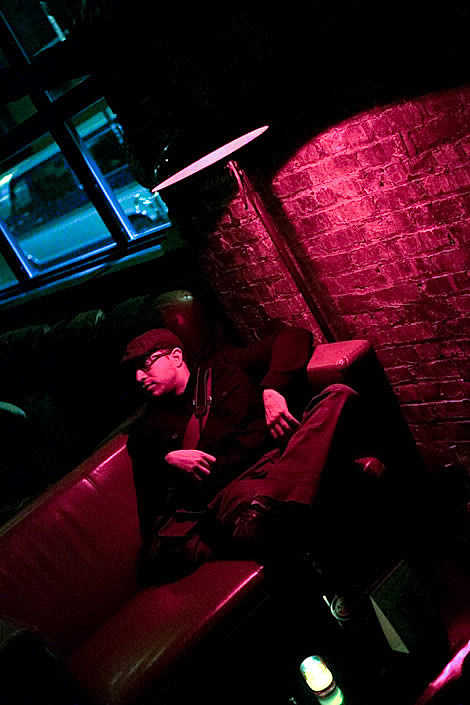 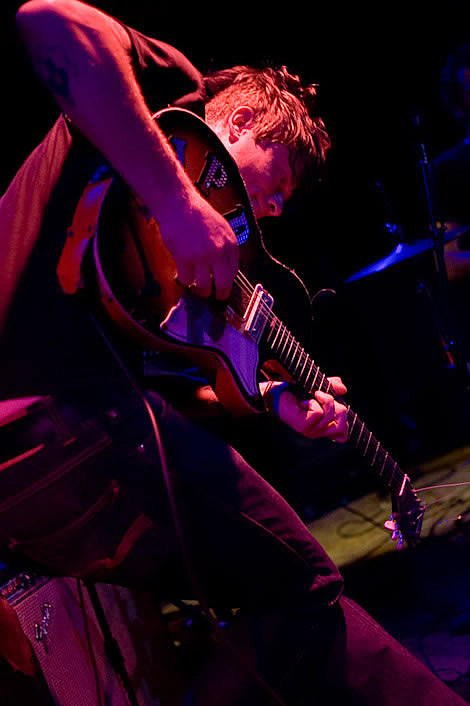 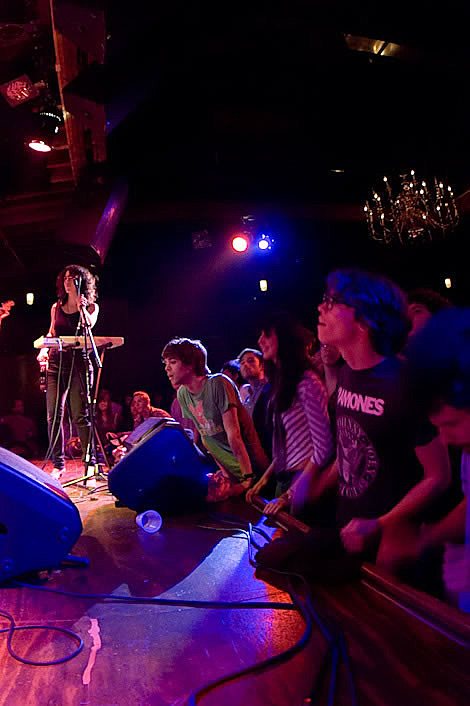 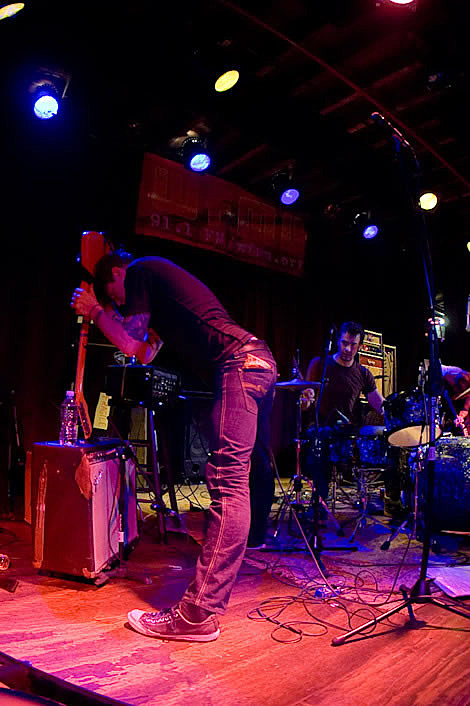 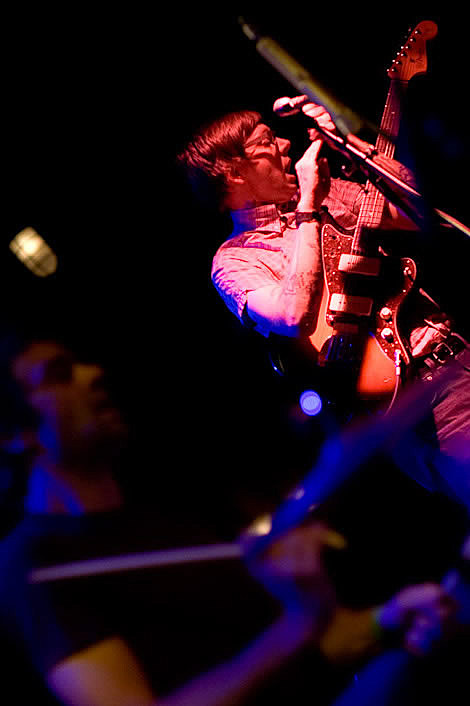 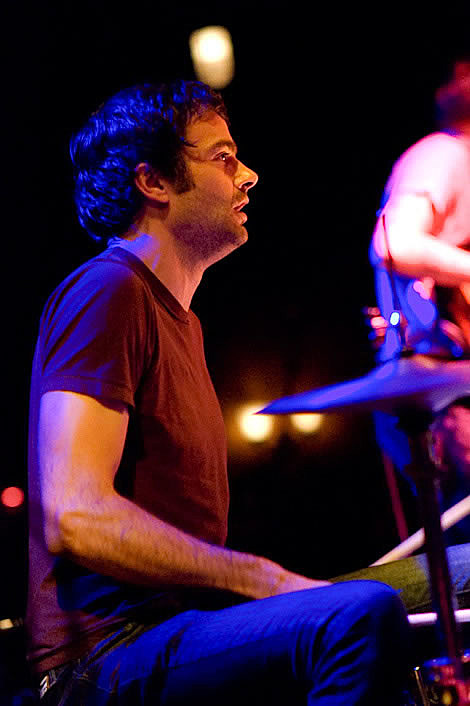 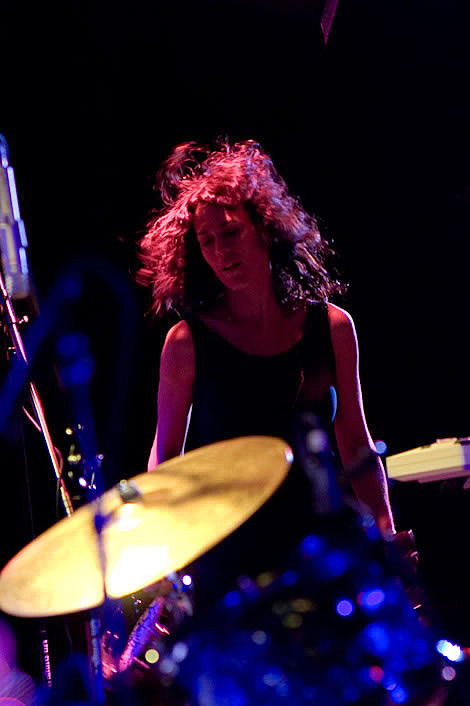 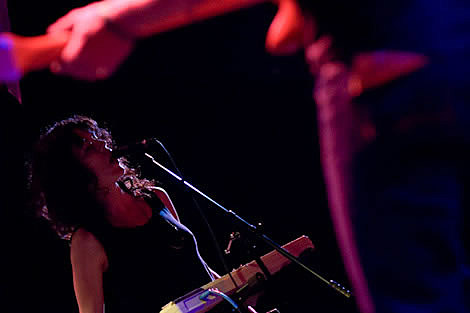 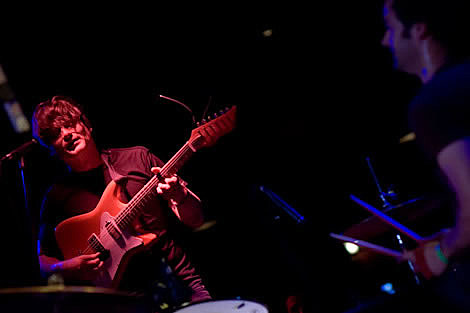 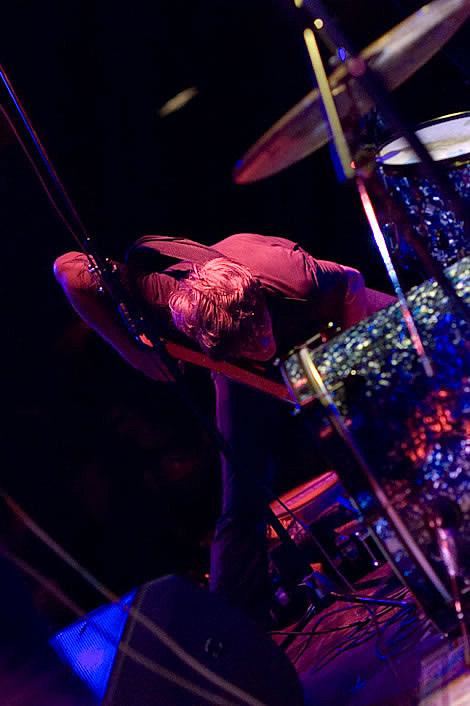 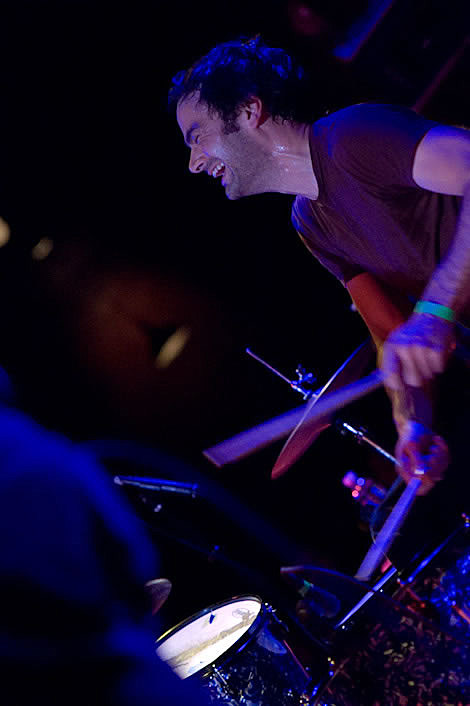 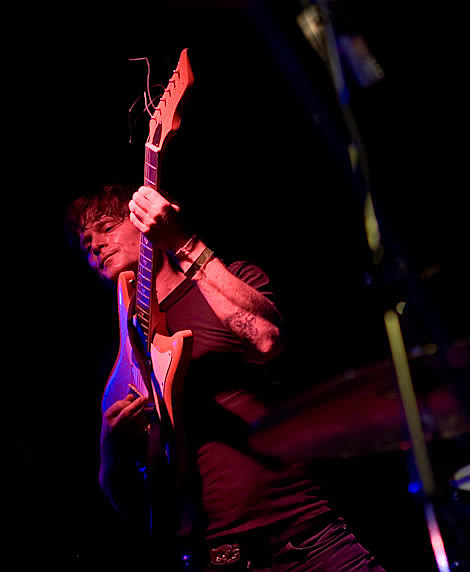 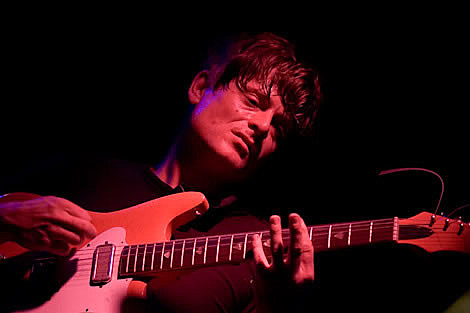 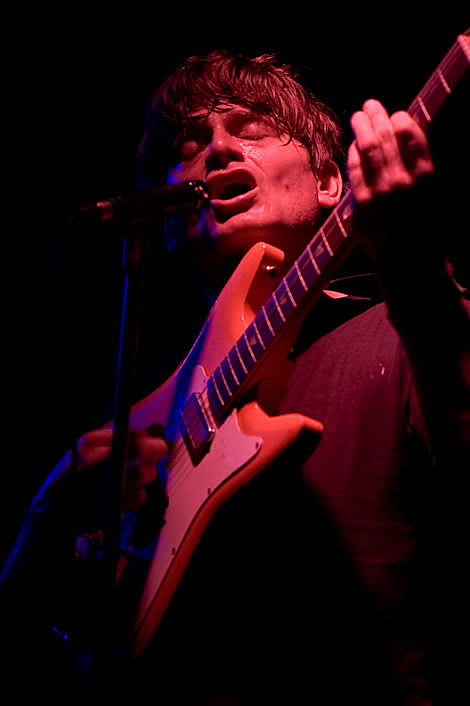 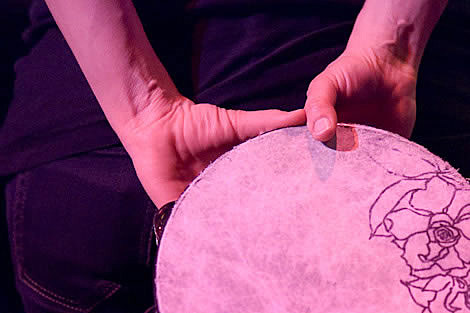 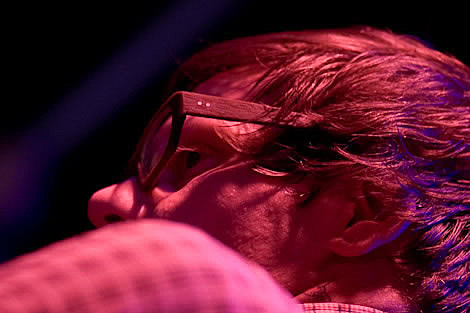 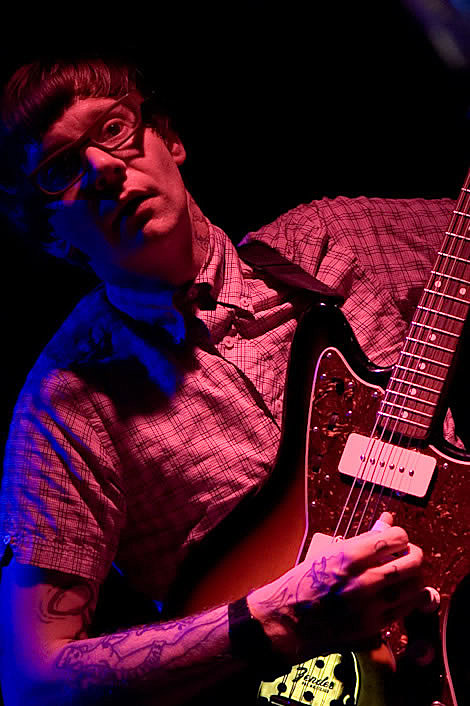 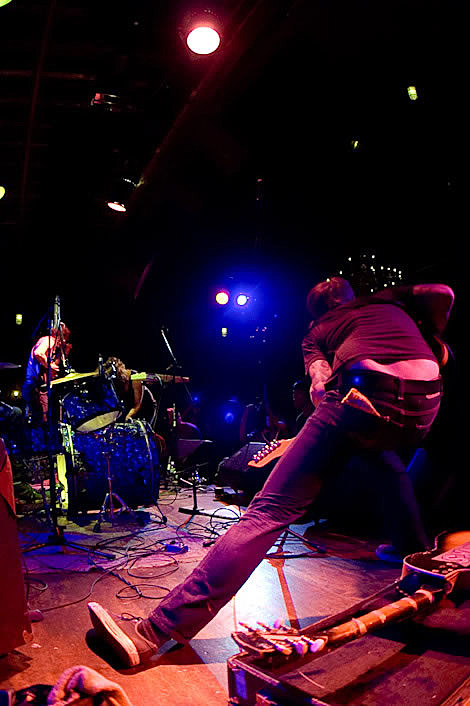 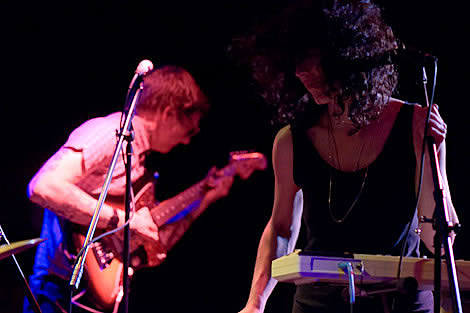 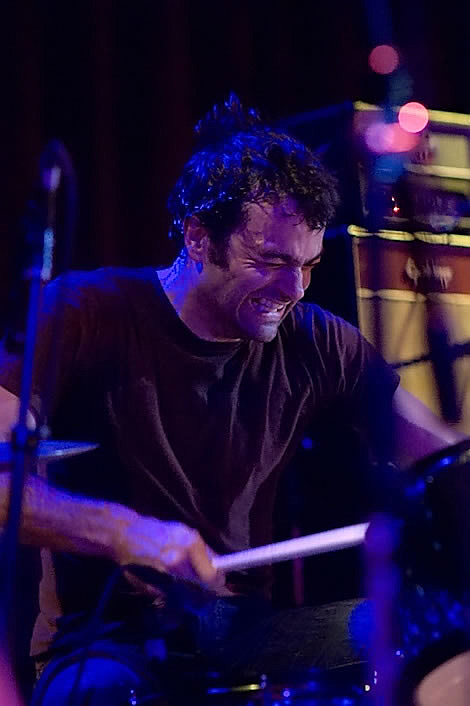 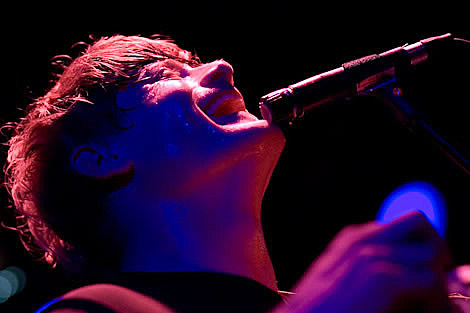 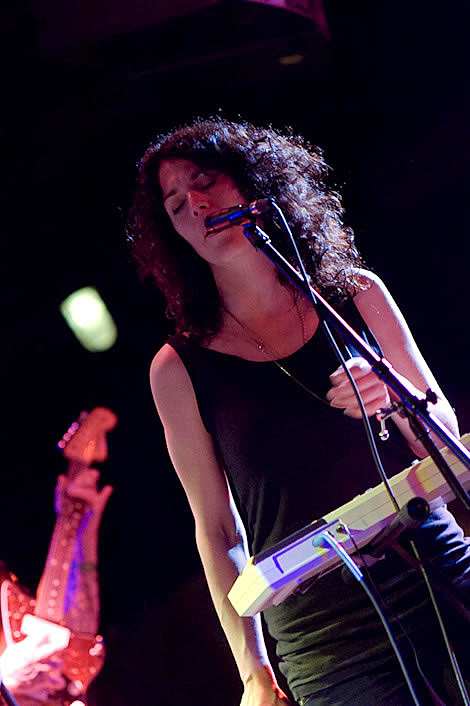 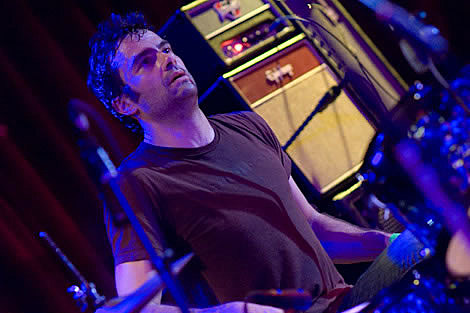