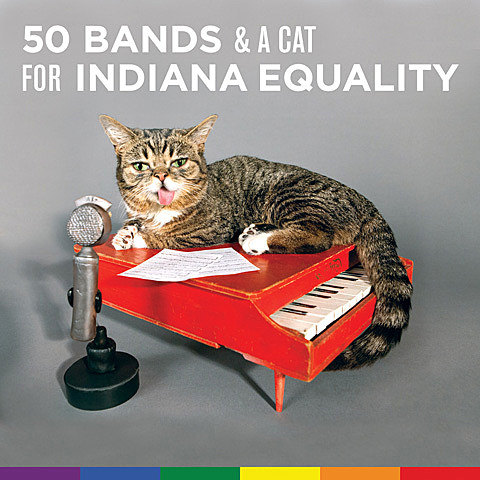 Thee Oh Sees are one of many cool artists participating on a new compilation titled 50 Bands And A Cat For Indiana Equality which stands against the recent anti-gay legislation in the state. The comp features 51 tracks by the likes of Deerhoof, Thurston Moore Band, David Yow, Protomartyr and lots more...plus Lil BUB (that would be the "and a Cat" part). You can stream Oh Sees' contribution, "The Ceiling," that is one of their prettier songs, below. The comp is a $25 download and you can choose any of the tracks to be made into a lathe-cut flexi 7". All proceeds go to Freedom Indiana, the ACLU of Indiana, and Indy Pride. All participating bands are listed below and more info is here.

Meanwhile, as Stereogum points out, Thee Oh Sees have shared another song from their forthcoming Mutilator Defeated at Last which is out via Castle Face on May 18. "Withered Hand" is as wild a rager as we've heard from John Dwyer lately, amped and adrenalized. You can stream it below. Thee Oh Sees are now sporting a two-drummer lineup and will be in Texas next month for Austin's Levitation Fest and are also on the lineup of LA's Berserktown II in August.

Dwyer has a new Damaged Bug album on the way too, titled Cold Hot Plumbs, that is out June 9, also on Castle Face. Here he favors synths and while it's poppy, this ain't Visage or Depeche Mode. (Not that there's anything wrong with those bands.) Check out two songs, below. 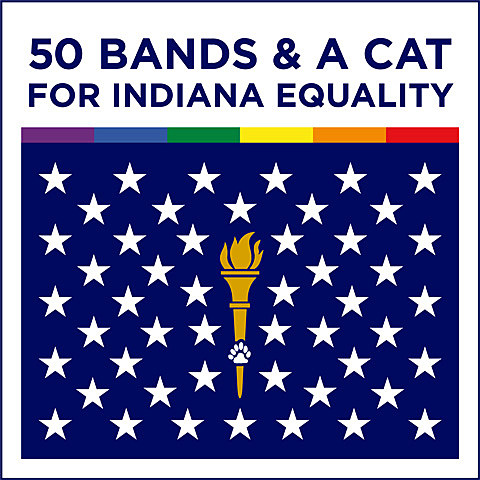