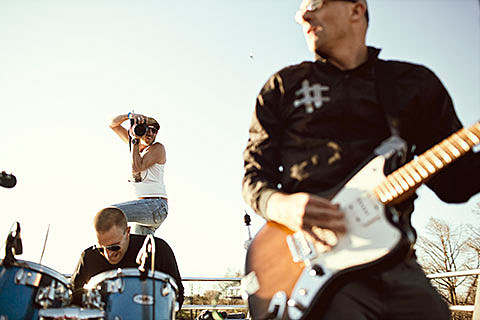 Thee Oh Sees, whose latest album, Floating Coffin, came out back in April, are getting ready for a fall tour that includes what is their biggest headlining NYC show yet: Irving Plaza on October 29. No word on when tickets go on sale to that show, but you can keep checking Live Nation's website.

Some of the shows on this tour are with OBN IIIs (who were just in NYC) and Minnapolis' The Blind Shake. (Not in NYC unfortunately. UPDATE: both OBN IIIs and Blind Shake ARE playing, yay!) The latter have a new album, Key To A False Door, which will be out September 17 via (Oh Sees frontman) John Dwyer's Castle Face Records. Like their last, the record inhabits the stomping ground between protopunk and post punk (which you'd think would just be "punk," but it's not). We've got the premiere of the lead track from the LP, "Garbage On Glue," which you can stream below.

The Blind Shake are best experienced live, though, with an image that seems straight out of cheapo dystopian sci-fi flick and a drummer who seems like he's going to hammer the drums through the floor. They're playing Gonerfest next month, and maybe they'll add some more East Coast dates. All currently scheduled ones are listed below. 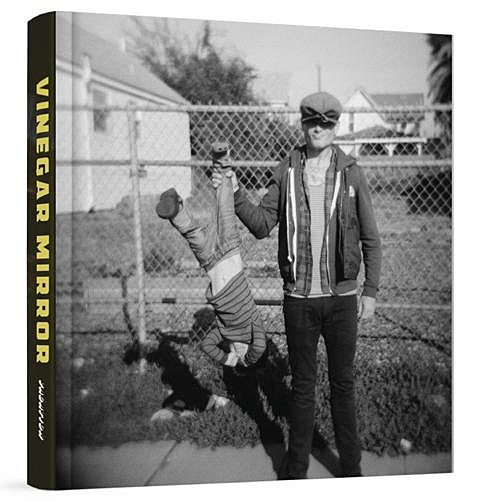 In other news, John Dwyer is releasing a book of photos titled Vinegar Mirror which includes over 200 shots taken from 2010 on. He's also, as mentioned, reissuing the first album by his old band Coachwhips, Hands On The Controls, which is out via Castle Face next week (9/3). He also helped create the "Fuzz War Overload" guitar pedal for Death by Audio.