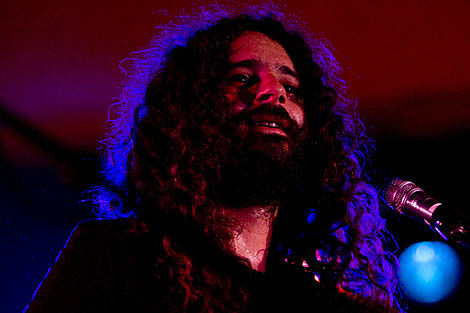 Thee Silver Mt. Zion Memorial Orchestra (SMZ) returns with its sixth full-length recording and first since the band's line-up change in summer 2008. Having shed three members and recruited a new drummer, the group officially dropped the "Tra-La-La Band' from its name, played a debut performance as a newly minted quintet at All Tomorrow's Parties in upstate NY, and embarked on an extensive European tour through the Fall of 2008. As Kollaps Tradixionales ably demonstrates, the band has lost none of its raw and frazzled anthemic power and continues to forge bold new ground in its search for a unique hybrid of punk, blues, psych, folk and modern orchestral idioms. [Constellation Records]

Kollaps Tradixionales will be out February 16th on Constellation Records!. The song "Kollaps Tradicional (Bury 3 Dynamos)" is streaming on their site, and a live version of "I Built Myself A Metal Bird" is above.

Thee Silver Mt. Zion Memorial Orchestra will be touring Europe this March and April. After that, they have a few shows in the US, about which the band writes writes: "U!S!A! U!S!A! U!S!A!------> (short one for now, but more in the fall.) this is us in may= boston, nyc, philadelphia, baltimore, d.c., asheville, chapel hill, atlanta, nashville, louisville, chicago, detroit." The NYC dates mentioned there will happen Saturday, May 15th at Music Hall of Williamsburg and May 16th at Bowery Ballroom. Tickets go on sale Friday, February 19th at noon. The other US dates are still TBA below.

All dates with the new album art and tracklist, below... 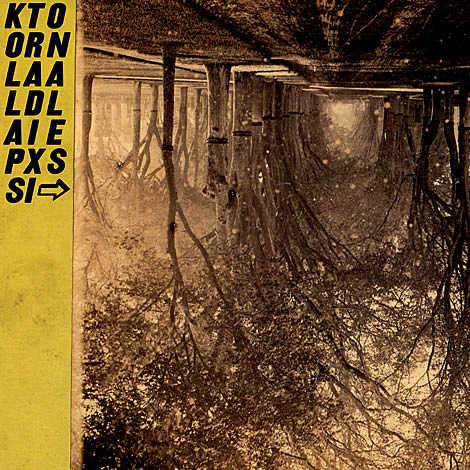 'Kollaps Tradixionales' Tracklist
1. There Is A Light
2. I Built Myself A Metal Bird
3. I Fed My Metal Bird The Wings Of Other Metal Birds
4. Kollapz Tradixional (Thee Olde Dirty Flag)
5. Collapse Traditional (For Darling)
6. Kollaps Tradicional (Bury 3 Dynamos)
7. 'Piphany Rambler
-