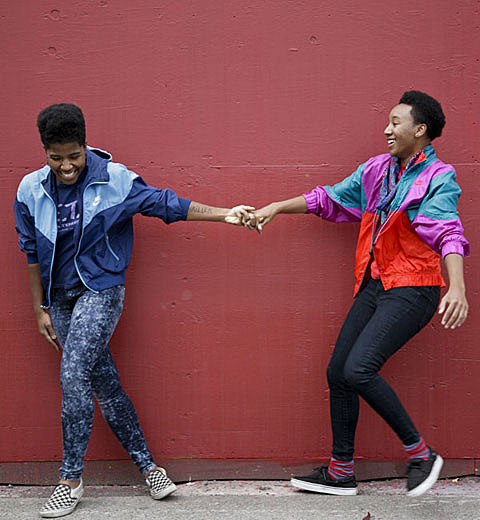 As mentioned, Shabazz Palaces collaborators THEESatisfaction (aka Stasia Irons and Catherine Harris-White) are releasing their debut LP, awE naturalE, on March 27 via Sub Pop. We recently posted a non-album track, "Do You Have Time," which you can grab HERE, and the group have just revealed their first track from the album, "QueenS," which you can download below via a widget.

THEESatisfaction have also announced some dates in support of the album including one in NYC on March 9 at Cameo Gallery. Tickets are on sale.

They'll be arriving in NYC a bit before their tour kickoff to film the video for "QueenS" and they're looking to cast 20 black women aged 21-30 in the NYC area for the shoot. If interested, email your full name, age, high, and headshot to theesatisfaction@gmail.com or submit it via tumblr. Poster below. Head over to their website for more info. Casting ends February 17.

Shabazz Palaces also have an upcoming tour which hits NYC on April 13 at S.O.B.'s (tickets) and April 14 at Brooklyn Bowl (tickets).

All dates including SXSW and song widget below... 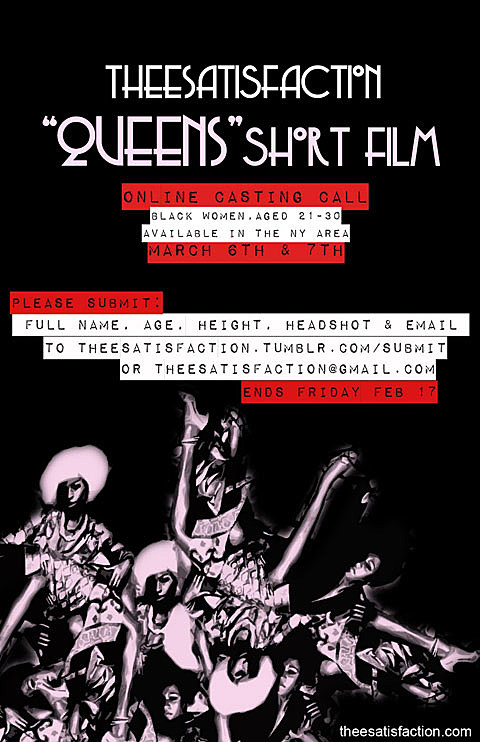