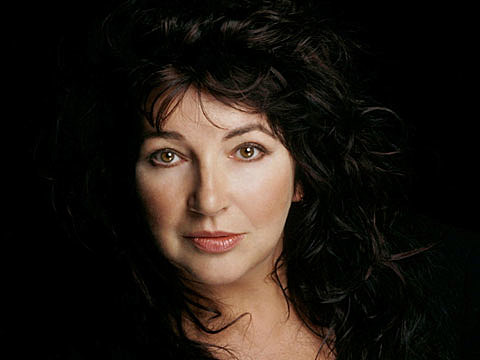 Like Loser's Lounge & friends did at Le Poisson Rouge recently, Theo Bleckmann, who also did it at Le Poisson Rouge, and his Hello Earth! project will be performing the music of Kate Bush at David Rubenstein Atrium at Lincoln Center today, Thursday (1/5). Tonight's 8:30 show is FREE, so get there early if you want to guarantee a spot. The Hello Earth! lineup, in addition to Bleckmann, includes John Hollenbeck, Skuli Sverrisson, Henry Hey, and Caleb Burhans. As mentioned, they've performed Bush's music in the past and a video of them doing so at Joe's Pub in 2010 is below.

Kate Bush's most recent album, 50 Words For Snow, came out this past November...

"There are only seven songs on 50 Words for Snow-each one clocking in at between 6 and 14 minutes. At first glance, hardly enough music to wrap my arms around after such a long separation from this friend it turns out I've missed terribly. And yet, it is enough. Perfect. I am so glad that she is back." [Geek Mom]

You can buy the album on eMusic. Check out some animated accompaniment to the track, "Misty," below called "Mistrapdespair."

Speaking of other people playing Kate Bush's music, Parenthetical Girls, who more recently released a new Christmas EP, put up 3 demos of Kate Bush covers on their bandcamp this past October with the message:

In the Summer of 2011, Parenthetical Girls performed a brief evening of songs in tribute to Kate Bush. In anticipation of said performance, the group prepared a series of demonstrative recordings for personal use. These are those demos.

You can download the demos at any price of your choice. Tour dates HERE.

Some people play Kate Bush's music. Some were very influenced by it (even if they don't know it). That was especially evident in 2011 when we got great albums by not just Kate, but artists like Austra, Zola Jesus and Chelsea Wolfe too.

UPDATE: Read an interview with Kate at the Daily Swarm.

UPDATE 2: Theo Bleckmann also has multiple shows coming up this month at the Stone.