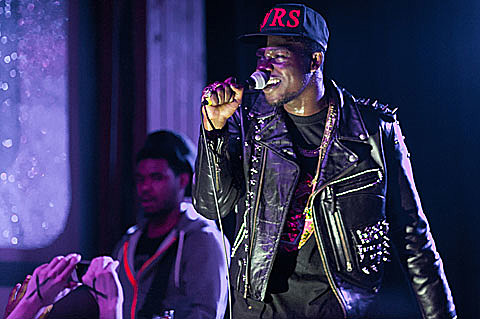 It must be hard to be noted as both one of the most stylish New Yorkers and one of the 25 best MCs under 25, but Theophilus London can probably weather the storm. See how London fares tonight at Blue Note (6/27) where he'll play and early and late show. Reserved tables to the early show (9PM) are sold out, but standing room walk-up tickets are available; and you can still get table seating for the 11:30 PM performance. If you cant make it tonight, London will also appear in Central Park with Amadou & Mariam on August 4th.

Theophilus London recently teamed up with the great Big Boi, dropping science on the sexy new jam "She Said OK." No word on if the track will appear on Big Boi's forthcoming solo LP Vicious Lies and Dangerous Rumors, which he professed will see the light of day on 11/13.

So far no Big Boi dates in NYC to speak of, but you road-trippers can catch him at some of his other recently announced dates. A listing of those shows and a stream of that collabo is below.