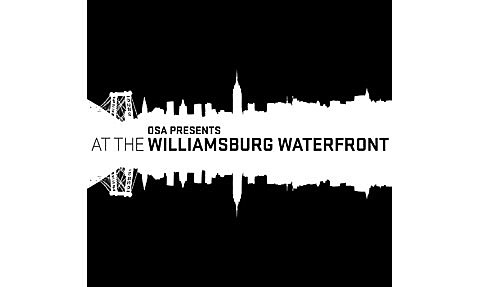 I just spoke to the Open Space Alliance who oversee all concerts in North Brooklyn parks (and do a whole lot of other park stuff too). They assured me that, despite what may or may not have gone down at the community board meeting last night, there will be concerts at the Williamsburg Waterfront this summer. In fact, the plan is to have 10 ticketed shows and 5 free shows, though none on weekends in July and August (a state rule related to staffing and other costs). The total number of shows this year is also related to state rules.

The five free concert dates are still TBD, but one will be of a classical/philharmonic nature, and one will be geared towards kids. The free shows may or may not be on Sundays or even on weekends, and they will definitely not have anything to do with Jelly who promoted the free 'Pool Parties' in the space last year.

The ten ticketed concerts, like in the past, will be promoted/booked by AEG. Part of the money earned goes towards improving the parks and to fund the free events (though there will also be some sponsors). Some of the money from last year's concerts was used to purchase solar lighting that now allows the Williamsburg Waterfront park to stay open later at night.

OSA has no plans of stopping concerts at Williamsburg Waterfront either. The outdoor state park venue, a North Brooklyn alternative to Central Park Summerstage and Prospect Park's 'Celebrate Brooklyn' series, is still in its infancy and there seems to be optimism that it will only get better year after year.

Also, they say ex-Pool Party venue McCarren Pool is on track to be a pool again in 2012, and that the blacktop space in McCarren Park that is being used for the Northside Festival shows will not be used for any other concerts this summer.

Stay tuned for more info on the shows (like which artists are playing them).