This is the band currently known as Me Chinese... 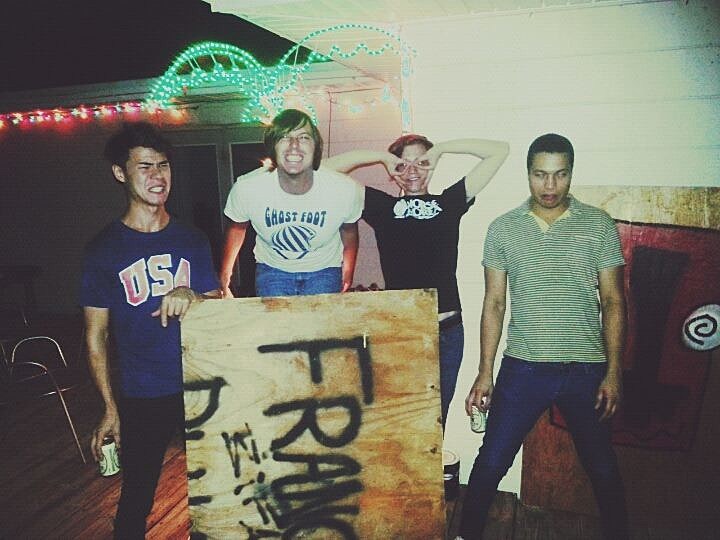 Somebody noticed a Florida band called "Me Chinese" on the CMJ lineup and has since been getting the word out on social media that this band with a racist name exists and is booked on shows. The shows are happening at NYC venues like The Flat, The Paper Box and The Rock Shop (with Party Lights and many more). The band meanwhile is defending their name, but have already apparently been kicked off of the Paper Box show.

I want to thank the rad, bold friends of integrity who have joined me in making it VERY clear that racist bullshit - in this case, a band's name - is plain NOT acceptable in this day and age.

The band in question's name is ME CHINESE.

CMJ bookers have somehow felt it appropriate to include them on their bills.

Below, see my dialog.

I am NOT posting anything to push their social media, as (1) no free publicity for these fools, and (2) I am not aiming to make them an anti-PI martyr for those who just think it's a funny name and don't understand the visceral feelings of humiliation, anger and utter loneliness and abandonment that racial slurs stir in most of us.

Y'all who speak up for those who are NOT directly related, are all the more amazing. All of you - minorities in the truest sense, who are fighting an uphill battle against this kind of bullshit - I fight for YOU and I have your back.

Thanks for having mine.

In the comments of the same Facebook post, Amanda posted a private message from the band where they explain their name. You can read that below:

--
MESSAGE FROM 'ME CHINESE' TO AMANDA:

Thank you so much for reaching out to us. We appreciate your taking interest in what for us has been a really special project.

Our band began in the midst of an avante garde punk scene that usually plays out in the ViMi district of Orlando in Florida. The area has been a haven for any artist or musician who prefers to avoid the main drag of the pop up alcoholism that consumes our downtown every night in order to enjoy the company of a more distinguished and thoughtful group of contemporaries.

Interestingly, in the recent years and in light of a new boom in investment (gentrification?) of our creative stomping grounds, the city has renamed the area from the ViMi district to the Mills50 district. Although ViMi had referred to the intersection of Virginia Dr and Mills Ave which the Colonial Town neighborhood surrounds, it was thought that the name could be misconstrued as a reference to the several delicious(!!!) pho shops and other Asian businesses that dot the area and continue to pop up year after year. Indeed it was the umbrella of these shops that our whole art scene thrived under and it seems ironic that at the risk of offending not the proprietors of Orlando's old school Vietnamese institutions, but the more ethnically homogeneous rural populations that the name had to go.

In any case, we can't express how grateful we are for not calling us a bunch of racists. It seems like the followers of some of our other local acts (ie Wet Nurse, Perfect Pussy, The Areolas, Tit Sweat) take exception with our name as being especially offensive - which was not our intention. To that, all I can say is from my days in Mandarin class in that Me Chinese in Chinese just means I'm Chinese. There is no distinction in the personal pronoun, and while we don't mean to highlight an incompleteness in translation, we do find it interesting to explore the difference between the two languages in the context of our highly individualized yet ever more globally connected society. Figure the planet's ethnic majority (1.3bil Han) could handle it.

Well, we hope that sheds a little light on things. In the end however, we don't mind if we turn out to be that emperor with no clothes.

Hope we'll be seeing you.

Respectfully yours,
Me Chinese

Amanda then responded back to them and published that letter too. Read that any many more comments like it at Facebook.