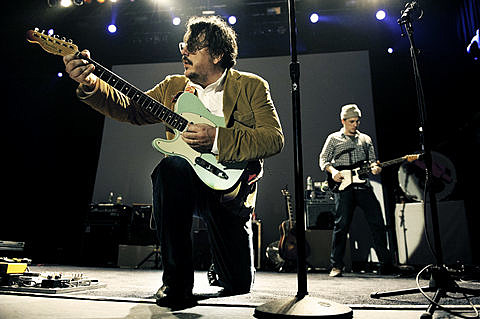 '
Geek rockers They Might Be Giants released a deluxe, 10th Anniversary Edition (digital only) of their first family album, 2002's No!, via iTunes which includes seven new bonus tracks. One of those bonus tracks, the live version of "Robot Parade," can be streamed below.

TMBG will play three New Year's shows in their hometown of Brooklyn this year at Music Hall of Williamsburg on December 29, 30, and 31. Tickets for all three shows go on sale Friday (7/20) at noon with an AmEx presale starting Wednesday (7/18) at noon.

No other dates to report at the moment, but the 3 NYC shows in list format and that song stream are below.