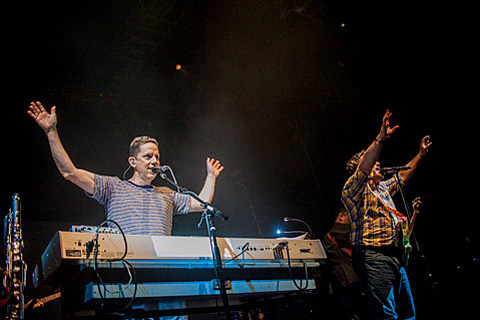 As previously announced, They Might Be Giants are playing five Music Hall of Williamsburg shows, three of which have them focusing on specific albums and one of which is a release party for their revamped Dial-A-Song project. The schedule looks like this:

Tickets for all but the 1/25 show are still available. Also, since we last spoke, their pal Jonathan Coulton was added as an opener to the 2/22 show.

TMBG will also be the VIP guests at the February 10 taping of NPR and WNYC's "Ask Me Another" show which features Jonathan Coulton as the house musician. It takes place at The Bell House, where the show is regularly taped, and if you're unfamilar with the premise, it's a trivia night with comedy and music taped in front of a live audience. Ophira Eisenberg hosts. Tickets for that one, and the following taping which happens February 18, are available.