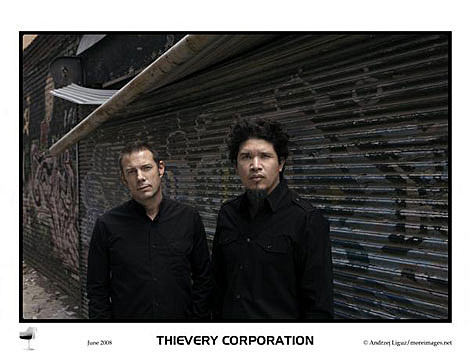 "Thievery Corporation is very excited to announce the first dates on the North American portion of their 2009 Radio Retaliation Tour! Each show will be a full, live-band set featuring a mix of new songs from their latest album Radio Retaliation and older fan favorites."

Thievery Corporation are playing Terminal 5 in NYC on February 25th and February 26th (according to their tour dates), but tickets are only on sale for the one on February 25th. Radio Retalliation was released on September. All tour dates below...