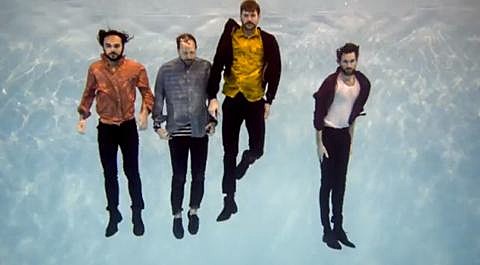 You may remember Malmö, Sweden's This is Head from their debut, The Album ID, which came out earlier this year. The band have a new EP coming out next week (11/12) titled Repetition Radio via Adrian Recordings. The video is a play on the underwater cover art to their full-length, both of which were made by Jasper Berg. We're got the premiere of that clip and you can watch it below.

The band also recently covered Woods' "Born to Lose," taking the minimal, folky original and turning it into a krauty, almost dancey number. You can stream that below too. The band played a few North America shows back in March when they were here for SXSW and they have announced they'll be back in February for a more extensive tour, though details are still TBA at the moment. They do have a few dates in Sweden coming up, though, and those are listed along with the video and track streams, below.

This Is Head - Repetition Radio