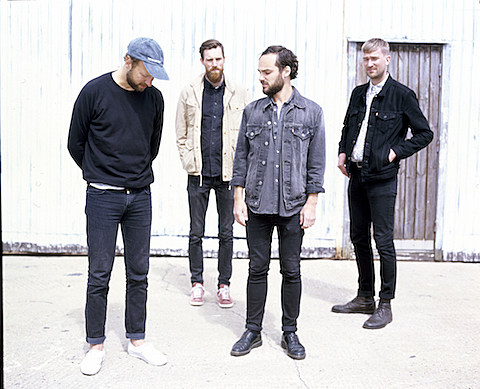 Malmö, Sweden's This is Head just released their self titled third album via Adrian Recordings. The band's sound that pulls from a lot of different places -- sometimes dark postpunk, sometimes anthemic rock, some solid grooves in there too -- but it's all melted together into something that is uniquely their own (and very Swedish). The band's new single is "Pieces" which sounds like Disintegration-era Cure taken on a wagon trail. The video for the song, which premieres in this post, is appropriately dark and also offers up lyrics...and a surprise link at the end. Watch it, and stream the album via Spotify, below.