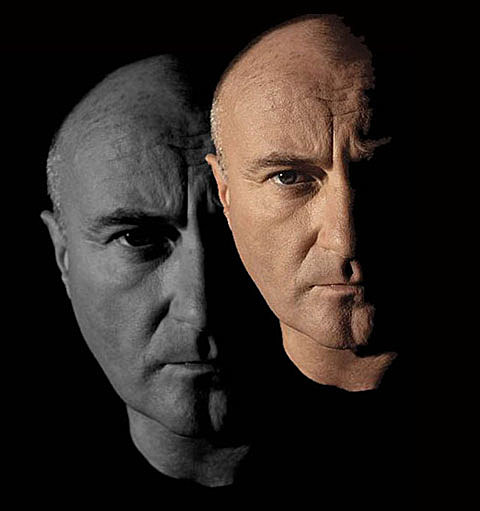 Rocker Phil Collins has spoken out about the difficulties he faces in drumming after undergoing surgery to correct a spinal cord injury and nerve damage caused by years of playing.

"My vertebrae has been crushing my spinal cord because of the position I drum in," he told Rolling Stone. "It comes from years of playing. I can't even hold the sticks properly without it being painful."

Collins has, however, found a new way to drum.

"The first time I picked up the drumsticks after my neck surgery, they flew across the room because I couldn't grip them," he said. When I play, I've had to tape the sticks to my hand. It's like wearing a condom. It's very strange. It really cramps your style."

The drummer added that he hopes another upcoming surgery will help him regain full use of his hands.

Due to Collins' injury, talks of another Genesis reunion have been suspended. The drummer did note, however, that he hopes to perform with a Peter Gabriel-led lineup of Genesis again some day [they toured in 2007 without Peter Gabriel]. [RTT News]

With the Genesis reunion on the shelf for now, Phil Collins is putting together an album of Motown covers to come out this September. To promote the record, he'll be playing four nights at NYC's Roseland Ballroom on June 22nd, 23rd, 24th and 25th with a 19-piece band. Tickets to those are on Citibank presale now. General sale starts Friday, April 23rd at 10am. More info below.

Serious Genesis fans may want to think twice about seeing Phil on June 23rd (unless they plan to go all four nights). Another Genesis member plays a (free) show in NYC on the same day...

Steve Hackett and Renaissance
Presented by Battery Park City Authority
Steve Hackett, best know as the Genesis guitarist, continues to shine as a star performer and composer in his own right with an original and extraordinary acoustic and electric playing style. Art-rock ensemble Renaissance, led by vocalist Annie Haslam, perfected a synthesis of folk pop and symphonic influence on their classic albums Prologue, Turn of the Cards, and the remade Scheherazade.
Free, 7pm, Rockefeller Park, River Terrace and Warren Streets 212.417.2000

Peter Gabriel, like Phil, has his own new album of covers and shows coming up too. He plays two nights in May at Radio City Music Hall. Tickets are still on sale.

More about Phil Collins' live band and some videos below....

Atlantic recording artist Phil Collins has announced the forthcoming release of "GOING BACK," a deeply personal labor of love that finds the eight-time Grammy winner faithfully recreating the Motown and soul music that played such an influential role in his creative life. Due in September, "GOING BACK" marks the 2010 Rock and Roll Hall of Fame inductee's first new studio album in eight years.

To celebrate "GOING BACK," Collins will play a string of very special live concerts at New York City's Roseland Ballroom from June 22-25. Billed as UP CLOSE & PERSONAL: PHIL COLLINS PLAYS 60'S MOTOWN & SOUL, the shows will be exclusively devoted to the music from "GOING BACK" and other classic R&B/pop gems. The concerts will be presented as an "old school" style, standing-room-only dance concert.

Supporting Collins will be an extraordinary 18-piece ensemble of musicians and vocalists. Anchoring the group will be three of Motown's legendary session players, aka The Funk Brothers - bassist Bob Babbitt and guitarists Eddie Willis and Ray Monette - who are also featured on the "GOING BACK" album. The live band will also include long-time Collins cohorts Chester Thompson (drums), Daryl Stuermer (guitar), and Brad Cole (keyboards), plus Leslie Smith (percussion). Rounding out the ensemble will be a five-member horn section and six backing vocalists.

Coinciding with Collins's Roseland shows, on June 17th he will receive the Songwriters Hall of Fame's prestigious Johnny Mercer Award at the organization's annual gala awards dinner in New York City. Significantly, Collins - a previous Songwriters Hall of Fame inductee - will join an esteemed list of past Mercer Award winners that includes several legendary composers whose work he celebrates on "GOING BACK," including Holland-Dozier-Holland, Smokey Robinson, Stevie Wonder, and Carole King. In addition, among Collins's fellow Mercer Award honorees this year is Earth, Wind & Fire's Philip Bailey, with whom he collaborated on the hit single, "Easy Lover."

While in the past Collins has paid tribute to his roots by covering some of his favorite songs - including "You Can't Hurry Love," "A Groovy Kind Of Love," "Tomorrow Never Knows," "True Colours," and others - this marks the first time in his 30-year solo career that he has devoted an entire project to the work of other songwriters and performers.

"It shouldn't really be a surprise to anyone that I've finally made an album of my favourite Motown songs," explains Collins. "These songs - along with a couple of Dusty Springfield tracks, a Phil Spector/Ronettes tune, and one by the Impressions - make up the tapestry, the backdrop, of my teenage years. I remember it as if it was yesterday, going to the Marquee Club in London's Soho and watching The Who, The Action, and many others, playing these songs.
In turn I'd go out the next day to buy the original versions.
"My idea, though, was not to bring anything 'new' to these already great records, but to try to recreate the sounds and feelings that I had when I first heard them. My intention was to make an 'old' record, not a 'new' record. To be able to have three of the surviving Funk Brothers play on all the tracks was unbelievable. There was one moment when they were tracking 'Heat Wave' that I experienced a wave of happiness and wonder that this was actually happening to me! I learned more about production skills and the wonderful songwriting of those concerned whilst making this album, than I have from anything else. To those pioneers...much love and gratitude."

The songs slated for inclusion on "GOING BACK" range from the album opener, the Temptations' Holland-Dozier-Holland-penned "Girl (Why You Wanna Make Me Blue)" to the moving album-closing title track, a Collins-arranged version of the Gerry Goffin/Carole King tune "Going Back," made famous by Dusty Springfield. In between, the collection captures multiple songs by Stevie Wonder - "Uptight (Everything's Alright)," "Blame It On The Sun," "Never Dreamed You'd Leave In Summer"; Martha And The Vandellas - "(Love Is Like A) Heat Wave," "In My Lonely Room," "Jimmy Mack"; and the Four Tops - "Standing In The Shadows Of Love," "Something About You," "Loving You Is Sweeter Than Ever."

The Temptations get another shout-out with "Papa Was A Rolling Stone," while the Goffin-King team is again represented by a second Dusty Springfield track, "Some Of Your Loving." Curtis Mayfield and The Impressions are captured on "Talking About My Baby," while Phil hails the Ronettes with "Do I Love You?" The Motown-fest continues with Smokey Robinson & The Miracles' "Going To A Go-Go," the Supremes' "Love Is Here," and Kim Weston's "Take Me In Your Arms (Rock Me A Little While)."