This graphic seems, unfortunately, rather appropriate.

Cursed are through. From their blog:

"Yeah, you heard.... We got robbed at the very end of tour in a totally unreal, extremely sketchy series of events that still makes no sense at all, only leads to paranoia, anger and a total loss of faith. Passports, money, all the costs of the tour. Either way, whoever did it, it was a bullet in the head, the end of the line.... Minus a few fucked up shows, it was probably the best tour we ever had. Thanks everyone for your good wishes. I'll elaborate when I'm home next week, for now - yes it's true, and yes it's over."

Mastodon are set to enter the studio to begin recording their follow-up to their critical and commercially successful Blood Mountain. Matt Bayles will NOT be on the boards for this one, as the band has opted for megaproducer Brendan O'Brien (Bruce Springsteen, RATM, -gulp-Korn-gulp-) to record their Czarist Russia-themed LP.

Vice's "Heavy Metal In Baghdad", a documentary on essentially the only heavy metal band in the war-torn region, hits theaters on a limited run in NY and LA on May 23rd (@ the Clearview on Broadway at 62nd, get your tickets here), followed by a DVD release (with requisite bonus features) on June 10th. This digitally-shot indie, about a band called Acrassicauda trying to survive in the warzone known as "liberated" Iraq, is as much about the power of music as it is survival in modern day Baghdad. Check out the trailer here, and the myspace for Acrassicauda.

So now that Wolves In The Throne Room (sigh) is officially off the bus of the Boris/Torche lovefest, how do you fill those mighty shoes? Replacements have been announced and depending on where you live, you'll either get the mighty Nachtmystium (who have Assassins out June 10th) or Clouds (featuring ex-Cave-In dude Adam McGrath). Clouds, who are promoting their own record, We Are Above You due June 17th, are on board for the Webster Hall show (tickets are still on sale).

Speaking of ex-Cave-In, Stephen Brodsky is performing a free show at Generation Records on Sunday May 25th at 7pm.

Blacklisted - "I Am Weighing Me Down" Video

Triptykon. That's the name of TomTom's new fangled GPS... er, sorry. It's Tom Warrior's "darker, heavier, and slightly more experimental" new band formed in the wake of his departure from Celtic Frost. Check out the very dark ambient-y "Crucifixus" streaming at their myspace and compare/contrast the new Triptykon logo and with the Celtic Frost logo. Hmmm. "Crucifixus" aside, a sign of things to come? 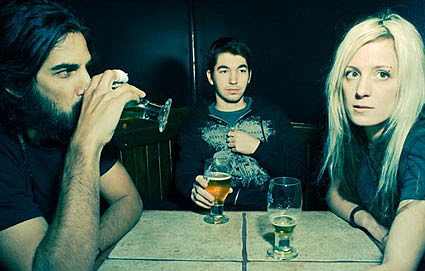 Fuck The Facts posted a new pre-production song, "Vangorge" to their myspace, which will NOT be on their forthcoming Disgorge Mexico for Relapse. Check out an interview with guitarist/founder Topon Das at "Hammer-Smashed Radio" here. The band also released Canadian tour dates, which are available below.

Relapse will also issue a monster of a grind comp entitled This Comp Kills Fascists featuring the mighty Brutal Truth, who have posted their first new track in close to ten years at their myspace. A lot of the songs are available for streaming, so click through to hear Magrudergrind Burden, Maruta "Chemical Tomb", A.S.R.A. "Pig Squealer", Chainsaw To The Face "Hating Life", Wasteoid "Bangover", Total Fucking Destruction "Human Is The Bastard", and Shitstorm "Brainwashed".

The best band to ever be named after a GZA song, Cold World, has announced a tour to support the best album to ever be named after a Raekwon lyric Dedicated To Babies Who Came Feet First. Joining the the Wu-fiends are the recent free-agents Trash Talk, who have completed their debut LP with the legendary Steve Albini. Full tour dates are below, including a date with both bands at Knitting Factory on July 12.

Landmine Marathon are also in the studio, working on the follow-up to their split LP with Scarecrow. Entitled Rusted Eyes Awake, look for it this fall on Level Plane and track their progress on their blog.

Architect have hit the studio, working on their follow-up to last year's critically acclaimed All Is Not Lost. It'll be 10 songs, it'll be called Ghost of the Saltwater Machines, and it'll be out in late summer/early fall on Blackmarket Activities. Look for a fall tour to follow. BMA labelmates Engineer recently released last year's awesome The Dregs on vinyl.

Flo Rida. Minus The Bear. Mariah Carey. And now, Testament. For those of you who don't catch MTV, Testament (!) has been profiled as band of the week for their 52/52 campaign. Check out video here, here, here, and here for more details.

Reign Supreme are hitting the road, going state to state in support of their short but oh-so-sweet EP "American Violence". They hit the NYC area five times in the next two-ish months, so you have no excuse not to watch these Philly boys rage the eff out. Full tour dates are below.

PUNISHMENT DUE:
Venomous Concept - Poisoned Apple: Do the terms "metal veterans" and "supergroup" bring to mind old codgers sitting around mouthing off sentences beginning with "In my day..."? Thats what I usally think of, unless those veterans are from Brutal Truth, Napalm Death & Nuclear Assault, then they blow out your fucking skull with blisteringly heavy punk grind jams that are worthy additions to their collective discography. Highly reccomended for fans of any of those bands.
Testament - The Formation of Damnation: Records like this and Celtic Frost's Monotheist make me believe that not only is it possible for a veteran band to make a monumental comeback, but it's also possible to conjur up some of those same dark forces that made them so important in the first place.
Indian - Slights And Abuse / The Sycophant: Hulking monsterous doom metal that alternates between slow-crawl almost drone doom and, dare I say, crusty metallic punk-doom. Produced by the mighty Sanford Parker (Minsk).
Kataklysm - Prevail: The new one from the canuck death metal stalwarts. These guys are nothing but dependable when it comes to churning out catchy death metal and Prevail is no exception.
Ihsahn - angL: Melodic black metal with lots of classical influence from the ex-Emperor frontman. Reccomended for old-school Emperor fans and die-hards. Mikael Akerfeldt guests on one track.

NEWS BLAST (BEATS):
- Peter Beste, the guy responsible for the True Norwegian Black Metal series on VBS.tv, has also dropped a book of stunning photos that is available now. If you are in NYC, you can scoot on by the Steven Kasher Gallery until June 7th to check out some of the amazing photos of Gorgoroth, 1349, Immortal, Nattefrost, Darkthrone, Enslaved, and many many others.
- Ihsahn (ex-Emperor) is currently streaming tracks from his new album, angL due May 27th on Candleight. Check them out here.
- Ben Weinman of Dillinger Escape Plan was interviewed by New Zealand television.
- Trap Them has recruited ex-Unearth & The Red Chord drummer Mike Justain for their upcoming gigs and to sit behind the kit for their new record for Deathwish, "Seizures in Barren Praise. The boys will hit God City studios in June to lay it down.
- Wildildlife's visit to WFMU is captured and downloadable here.
- Darkest Hour is set to headline a somewhat unremarkable line-up of metalcore tough guys and deathcore, save for Arsis and a couple others. Checkout the dates for the not-so-thrashy Thrash And Burn tour below. Ticket info is unavailable. Darkest Hour is also opening for At The Gates.
- Amon Amarth has posted part two of their Studio Vlog, viewable here.
- Dying Fetus sat down with Washington's Post's Express on the eve of the Maryland Deathfest.
- Amended Maryland Deathfest VI set times are below, including the addition of Trap Them.
- Deciblog has cornered Opeth's Mike Akerfeldt into naming his Top 10 favorite cock rock albums. Dude loves him some Whitesnake! Also available, Akerfeldt was interviewed by Steve Wilson of Porcupine Tree, download part 1 and part 2.
- Headbanger's Blog has posted a podcast with Nergal of Behemoth where he talks about tearing up bibles in Poland, their recent tour with Dimmu Borgir, and a forthcoming new EP and live album. Get it here. 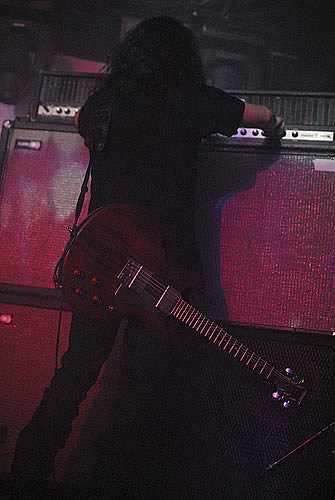 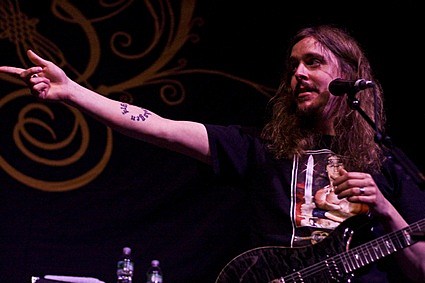