DOWNLOAD: Disfear - "Get It Off" from "Live The Storm", out 1/22 (MP3)
DOWNLOAD: Lair Of The Minotaur - "Horde of Undead Vengeance" from "War Battle Metal Master" (MP3)
DOWNLOAD: Rwake - Leviticus from "Voices Of Omens" (MP3)

A Storm Of Light 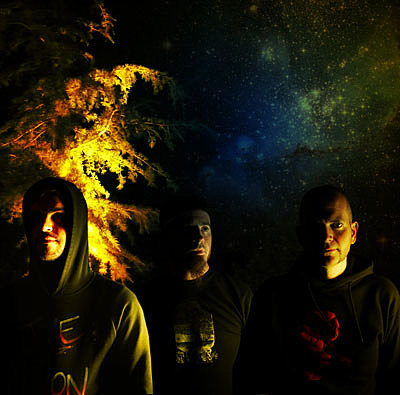 How do you top what will surely be one of the greatest metal shows of the year? Try adding A Storm Of Light - the new project from Josh Graham (recently ex- Red Sparowes, Battle Of Mice, Neurosis visuals)! Graham, Domenic Seita (ex-Asea), and Pete Angevine (Satanized) will open the January 25th date @ the Brooklyn Masonic Temple (now sold out), but not before playing Union Pool on Jan 20th with Ghastly City Sleep & Titan. Stream their new track, "Mass" from their upcoming LP "And We Wept The Black Ocean Within" @ MySpace. (and look for my interview with Josh coming very soon!)

D-Beat fiesta up in this mutha! Swedish D-Beat badasses Disfear will release their new crusher-of-an-album, "Live The Storm" on 1/22 via Relapse. Produced by Kurt Ballou (Converge, et al.), the album features the first go around by ex-Entombed axeman Uffe Cederlund.... Download "Get It Off" above! 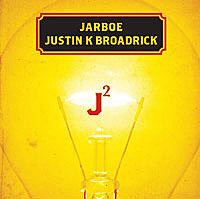 J2, a new project from Jarboe & Justin Broadrick (Jesu, Final, Godflesh) is on it's way! Check out the new track, "8mmsweetbitter" from the EP Streaming @ The End Records

Canadian D-Beat monsters Cursed have announced plans for their new record, "III:ARCHITECTS OF TROUBLED SLEEP", to be released in 2008, as well as plans for a US tour. Stream "Magic Fingers" and "Into the Hive" from "III" @ Goodfellow Records.

Young Widows have been added to the Russian Circles/Dalek shindig @ Mercury Lounge (tickets On sale, more dates here). Thats twice that they will be here in a month.

Lair Of The Minotaur (Waltzcore) 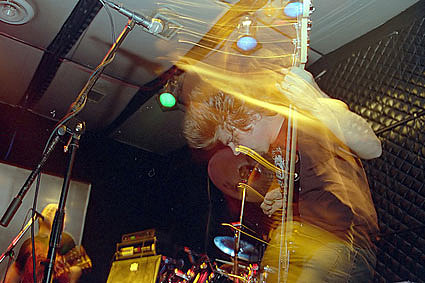 "It's a concept album about solving conflicts with a big f*cking axe." That's how bludgeoners Lair Of The Minotaur describe their upcoming new album, the oh-so-Dungeons-and-Dragons-y titled "War Metal Battle Master" produced by Scott Hull (Pig Destroyer, Agoraphobic Nosebleed). Look for the Chicago natives to drop their +5 level guitar magic in March on CD and Summer 2008 on LP via Southern Lord. Download "Horde of Undead Vengeance" above!

The Sword has announced that they have completed work on their new album, "Gods Of The Earth" (due March 18 via Kemado) and will embark on a short UK tour with Saviours. Track listing for "Gods Of The Earth" is below. Speaking of Saviours, make sure and cop "Into Abbaddon" out on Jan 22, also on Kemado.... it's a peach! 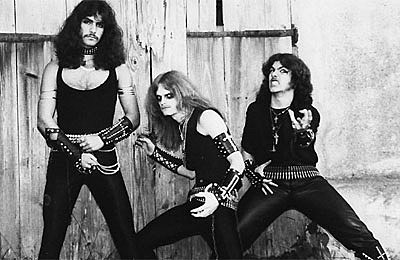 Finally, you can get rid of those old bootlegs of Hellhammer demos.... Celtic Frost main-man Tom Gabriel Fischer(his blog!) has finally remastered and will reissue the three now legendary demos, "Denial Fiend", "Triumph Of Death", and "Satanic Rites" via "Demon Entrails", a 2CD or 3LP set due out on 2/18. Add that to your to do list fer sure! Track details below.... 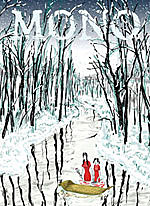 A double shot of great upcoming DVD releases, as MONO releases "The Sky Remains The Same As Ever" via Temporary Residence Ltd, and Pelican releases the loooong awaited "After The Celing Cracked" (comes with additional 3" CD) via HydraHead, both are available 1/22. If a DVD ain't enough for ya, remember, you can check out Pelican on tour.

Today is The Day has announced a US Tour to promote their self-released album (on Steve Austin's own Supernova Records), "Axis Of Eden", which includes a show at Knitting Factory NYC with Mouth Of The Architect, Complete Failure and Psyopus (touring Canada now, see below). Look for the awesome Rwake, death-metallers Thine Eyes Bleed, badass grinders F*ck The Facts (on tour now with Psyopus), & Lair Of The Minotaur to join them along the way! Get your tix here. Other Tour Dates below..

MetalKult has posted a video interview with Baroness's resident hosses John Baizley and Brian Hickle about the origins of Baroness and how John's art affects his music.

The Sword - "Gods Of The Earth" Track Listing:
1 The Sundering
2 How Heavy This Axe
3 Lords
4 Fire Lances of the Ancient Hyperzephyrians
5 To Take the Black
6 Maiden, Mother & Crone
7 Under the Boughs
8 The Black River
9 The White Sea