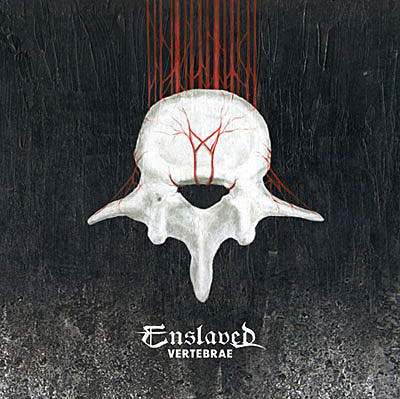 Enslaved announced domestic details of their new album "Vertebrae"..... it's due October 28th at their new home, Nuclear Blast! As previously reported, the band is ready to pounce on Europe with Stonegard & Krakow in tow. In related Enslaved news, Herbrand Larsen of has been tapped to produce the new album by the Gaahl/King Ov Hell version of Gorgoroth. The band will enter the studio on August 25th to record eight new tracks written by King ov Hell with Frost of 1349/Satyricon/Keep Of Kalessin fame on drums. 1349 will be at Nokia on Sept 6th (stoked! tix still avail) with Carcass, Rotten Sound, Suffocation, and Necrophagist. Satyricon recently announced the title of their new album due on November 3rd, The Age of Nero.

Early Graves (fka Apiary) dropped We: The Guillotine on August 19th. Featuring a guest shot by Eugene Robinson (Oxbow), Steve Austin (Today Is The Day) appears on (vocals and guitar) and produced the record for Ironclad (Trevor from Unearth's label) Check out "Safety Net Acrobats" above. 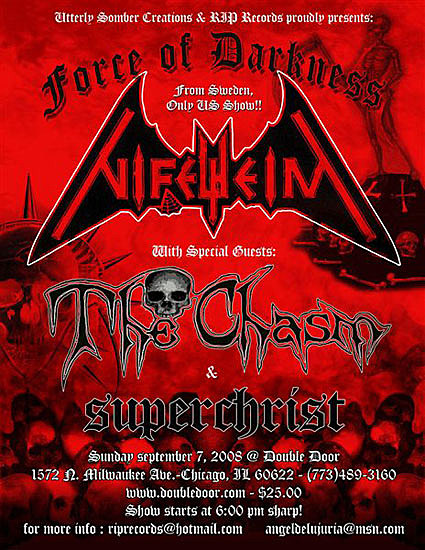 Missed Fuck The Facts on monday? Don't sweat it too hard... The band already scheduled another show opening for the mighty Origin and Misery Index for September 29th at Rebel. No ticket info yet. In addition, the Relapse trio have also announced dates in Boston, Cleveland and Aurora, IL..... check 'em out below. Origin dropped the Antithesis earlier this year while Misery Index's new record, Traitors, is scheduled to make impact on September 30th (preorder here). Fuck The Facts dropped Disgorge Mexico, download a couple tracks from it here. 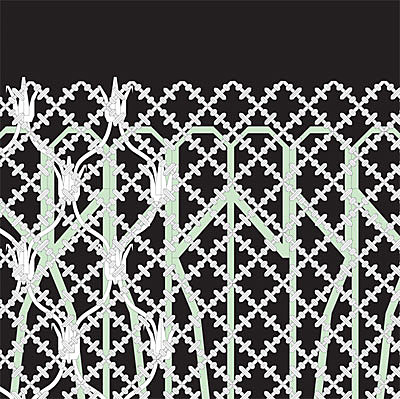 Wetnurse's Invisible City drops on Sept 30th, and the band will hit the road with Khann in celebration. Check out tour dates below, including a record release party at Precious Metal (Lit Lounge) on Sept 29th with Chicago's Millions. Precious Metal has lined up some other great shows in the coming weeks including Samothrace (Oct 6th), Hope & Suicide (Sept 22nd). Precious Metal is run by Wetnurse drummer Curran Reynolds (a man we recently interviewed. stay tuned). 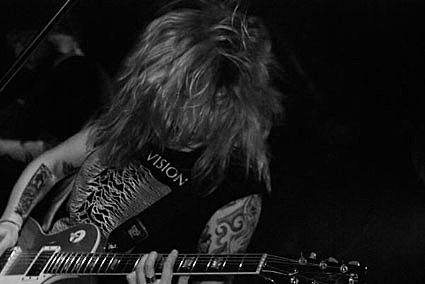 Kylesa posted photos from their July studio sessions. Check 'em out here. The band will hit the stages of the Bowery Ballroom on 9/28 (on sale here) and Music Hall Of Williamsburg on 9/27 (on sale here) while on tour with Pinback.

As announced previously, Gaza is currently finishing their new album and have decided on a title: He's Never Coming Back. The band will finish the record in the next 2 or 3 months due to injury (Casey's broken hand). Maximum stokeage.

In Flames announced a headling tour of the US, and while I wasnt really a fan of the last few records and am NOT a fan of supporting bands All That Remains and 36 Crazyfists, the mighty Gojira is also on board! That said, pray for a set of Clayman-and-before In Flames jams when they hit the stages of Terminal 5 on Dec 7th (tickets on sale September 5th). Gojira is readying their upcoming album The Way Of All Flesh due in October. Check out a live video of new track "Vacuity"...

Lamb of God are pounding away at their new album, the follow-up to 2006's Sacrament. With Josh Wilbur manning the boards, the band will record parts in NYC, New Hampshire, as well as in Virginia Beach & Richmond in their home state of Virginia. Look for it to drop in Ferurary 2009. The band is playing a string of shows with Metallica.

20 Buck Spin has dropped more details on the upcoming Hammers Of Misfortune record. The double album will be entitled Fields / Church Of Broken Glass, with both Fields and Church being "distinct from each other musically, conceptually, aesthetically, and even have different artwork and logos". According to the band, the album will be their "most complex, different, and unique Hammers material yet", with "a much more vintage sound" and a "70s prog-rock influence making it's presence felt like never before". CDs will be handled by Profound Lore (this October), vinyl by 20 Buck Spin.

Black Anvil has lined up a few new NYC dates since we last profiled the band. Check out the local boys when they open for Kataklysm, Keep Of Kalessin, and Dying Fetus at Blender Theater on Sept 29th (tickets here), another with Millions & Your Skull My Closet at the Charleston on Sept 30th, and a third with Resistant Culture, Villains and Deathammer at Supreme Trading on Oct 19th.

Besides the Ehnarhe record, Jonah Jenkins has been keeping busy with his band Raw Radar War, who scheduled a show at Rockstar Bar on September 27th with Starkweather, We...Animals, and The Communion. Starkweather have also lined up a show with Absolution who will play a second reunion date, this time at ABC No Rio on October 25th.

Disembodied will reunite for a show in Chicago (what is with these Chicago only shows?) in early 2009 to coincide with the release of an upcoming book, Burning Fight: The Nineties Hardcore Revolution in Ethics, Politics, Spirit and Sound. Unbroken is also rumored to reunite for the show as well.

An Albatross's new record will be called The An Albatross Family Album and will hit store shelves on October 21st via Eyeball Records, four days after their appearance at the Harket Motel with Genghis Tron and close to a month after their appearance at Death By Audio (9/26). The band has also lined up a tour that starts with their dates with Don Caballero and extends through the fall and into Europe! Check out full tour dates below. Tickets for the Don Cab / An Albatross show are still available. The band is currently streaming a rough mix of "...And Now Emerges The Silver Pilgrim" at their myspace.

PUNISHMENT DUE:
Early Graves - We: The Guillotine: The convergence of sickening crust, thumping grind, and blinding hardcore, all produced by the evil genius Steve Austin. An unexpectedly great record, recommended!
Don Caballero - Punkgasm: Doesn't quite live up the Don Cab's glory days (um, singing?) but reccomended if you dug World Class Listening Problem which I found more interesting.
The Acacia Strain - Continent: In an age where deathcore is a dirty word, The Acacia Strain are able to keep it interesting.
Heavy Heavy Low Low - Turtle Nipple And The Toxic Shock: Spazzy weirdo hardcore that aims for a heavier Blood Brothers, but doesn't make it. A for effort.
Bigelf - Cheat The Gallows: Not quite metal, but definitely heavy. Bigelf has a sound that is unabashedly throwback, like an amalgam of Sabbath, Yes, and bombastic classic rock in 70s.
The Rotted - Get Dead Or Die Trying: Formerly known as Gorerotted, the band has dropped another successful mix of death, hardcore, and grind that is a worthy follow up to A New Dawn Of The Dead.
Wrnlrd - Oneiromantical War: Experimental black metal that swims in blackened noise and washes of dark ambience, recommended for fans of Xasthur. A (not so) pleasant surprise. Pick it up here. Check out "Breath Of Doors" above.
Agenda Of Swine - Waves Of Human Suffering: Featuring members of fallen powerviolence greats Benumb, a grind meets thrash assault that recalls Pig Destroyer or Napalm Death.
Behexen My Soul for His Glory:- Black metal in the Watain vein. No classical influences, just pure satanic brutality. Check out "Born In The Serpent Of The Abyss" above.

NEWS BLAST (BEATS)
- Suicide Note is streaming their entire album, Empty Rooms at punknews.org.
- Both Thrower issued an update. No, not any news on a follow-up to Those Once Loyal.
- Drunkdriver are set to play Aug 30th at Asterisk Art Project with Pink Reason, The Unholy Two, and Twin Stumps. More info is available through senor Todd P.
- The previously mentioned These Arms Are Snakes/Pelican split is nearing completion and will drop on 10" and CD for Hydra Head.
- The_Network are set to enter will enter Godcity studios to record their new record, tentatively titled Bishop Kent Manning, for Black Market Activities.
- Cattle Decapitation issued a video report on their progress on the new album. Check it out here.
- Made Out Of Babies posted some great new live photos here.
- Hatebreed is giving away audio tracks from their DVD, Live Dominance. Download them at their myspace before they become an iTunes only EP.
- Amon Amarth is streaming a new song, "Twlilight Of The Thunder God" from their upcoming album of the same name.
- Shock! Al Jourgensen (Ministry, Revolting Cocks) is not retiring.
- Half blech, half amazing. Hate Eternal and Animosity are going on tour with Job For A Cowboy, All Shall Perish, and Annotations Of An Autopsy. Dates are below.
- Al Cisneros of Om sat in with Scott Kelly for this week's Return To Zero podcast for Combat Music Radio. Download it here.
- Metalsucks interviewed Steven Rathbone of Lair of The Minotaur. Check it out here.
- Check out a video interview with Watain frontman Erik Danielsson here.
- Triptykon is in full swing, but Celtic Frost is now dead.
- Brent Hinds of Mastodon answers 15 Questions on youtube.
- Atheist will cover "YYZ" by Rush on their previously mentioned new album. The band has also confirmed an appearance at Maryland Deathfest VII.
- Pro-Pain signed with Regain Records for their upcoming album, No End In Sight.
- Glorior Belli will reissue Ô Lavdate Dominvs on Sept 1st via Candlelight.
- Justin K Broadrick announced vinyl versions of Jesu's Heart Ache, Jesu's Pale Sketches and Final Afar.
- Karl Simon of The Gates Of Slumber was interviewed by Deciblog. Also at Deciblog, Ola Lindgren of Grave details his Top Five Metal Vocalists.
- Scunty D of Skeletonwitch guestblogged at Revolver.
- Machine Head guitarist Phil Demmel collapsed on stage during their August 17th date with the Rockstar Energy Mayhem Festival. He is OK, and was suffering from dehydration at the time.