DOWNLOAD: Trap Them - They Followed the Scent of Jihad All The Way to Thieves Paradise from "Sleepwell Deconstructor" (MP3)
DOWNLOAD: Earth - Omens And Portents I: The Driver from "The Bees Made Honey In The Lions Skull" (MP3)
DOWNLOAD: Nasum - Doombringer from "Helvete" (MP3)
DOWNLOAD: Behemoth - Prometherion from "The Apostasy" (MP3)

The Hidden Hand, Place Of Skulls, The Obsessed, Spirit Caravan, and the aforementioned Shrinebuilder all have had one thing in common, the stamp of quality by doom legend Scott "Wino" Weinrich. Now Southern Lord brings word of "Punctuated Equilibrium", aka the "Wino" solo record! Backed by skinsman extraordinaire Jean-Paul Gaster (Clutch) and Jon Blank (Rez n) on bass, the new record will be tracked by producer (and legend in his own right) J Robbins (Jawbox, Burning Airlines, etc).

Fresh off of the right & left hook known as "Sleepwell Deconstructor" and "Seance Prime", hardcore punkers Trap Them will be bobbin' & weavin' through Europe and the east & west coasts through the end of April, including a date at the Charleston on March 12th and another at The Knit on June 16th. Look for them to support the massive multi-instrument collective The Ocean and grind pioneers Extreme Noise Terror in Europe. Sprechen about Germany's The Ocean, check out their guest blog over at Headbanger's Blog and if you play cello and/or viola and feel like touring Europe & the US, email em!

Torche posted a new track from their upcoming Kurt Ballou-produced LP "Meanderthal". The track "Piranha" is now streaming at their myspace, and the "Meanderthal" track listing and updated tour dates (including a date with Municipal Waste & Iron Lung) is below......along with a whole lot of other stuff....

Opeth is coming with a new album, touring. 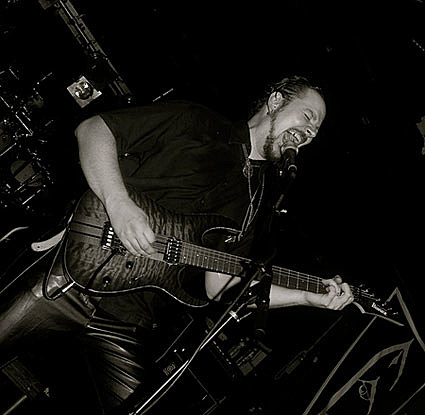 "On Friday, June 1, 2007, Emperor played an amazing set at B.B. Kings in Times Square--one of only three shows the Norwegian metal group would play in the States." Guitar World has a video from the show - watch the black metal legends keep it icier than Lil Wayne whilst tearing through "Into the Infinity of Thoughts" and "The Burning Shadows of Silence" from the classic 1994 LP "In the Nightside Eclipse". 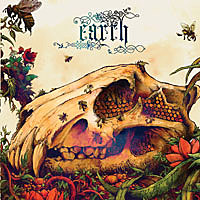 Dylan Carlson & Earth will release their latest opus "The Bees Made Honey In The Lion's Skull" on Feb 26th, a twangy, dark western soundtrack-y effort that serves as a likely follow-up to last year's "Hibernaculum" and even features appearances on four tracks by the awesome Bill Frisell. Pick up the shirt/disc combo at Southern Lord, and if you are overseas now or in the next month, check em out (tour dates below).

The UK doomsters Moss have posted a sample from their newly completed album "Sub Templum" produced by Jus Osborn of Electric Wizard fame. Look for it later this year on Lee Dorian's (Cathedral, ex-Napalm Death) Rise Above Records.

Polish metallers Behemoth have announced that they will document their February 17th show in Paris for a new live DVD. In other news, the guys will take a time out from tearing up bibles long enough to support Dimmu Borgir on their upcoming US Tour. Dates below.... 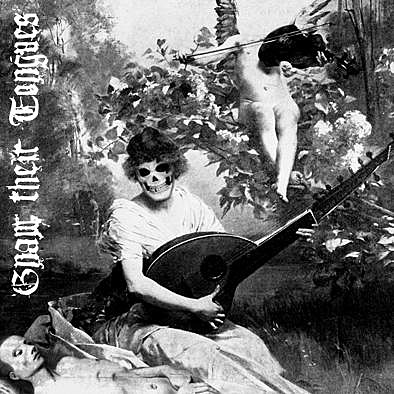 Crucial Blast has announced the signing of Gnaw Their Tongues out of the Netherlands, a harsh combination of the most frightening parts of black metal, noise, horror film scores, and doom.... this is what they SHOULD use for a soundtrack to horror films instead of the latest by Korn or Seether. Originally released only on CD-R (100 copies) and vinyl (500 copies) via Burning World Records, Crucial Blast will deluxe that joint with digipack and booklet by the end of May. For more info, check out an interview with the one man wrecking crew at Vampire, at his blog. 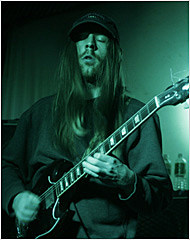 Speaking of Colin Marston, the Warr guitarist is currently hard at work behind the boards of a new Jarboe solo album. Look for Jarboe to count on the help of Kevin Hufnagel (also Dysrhythmia), Josh Graham (A Storm Of Light, Neurosis, Battle Of Mice), Vinnie Signorelli (ex-Swans, Unsane,)A Storm Of Light), and a few un-named others....

Metalsucks has the out-of-print Warbringer EP for download here.

Matt Woods(Bloodhorse) sat down for an interview with the guys at Stonerrock.com. Recco'd.... Black metallers Nachtmystium are streaming a track from their new album "Assassins" at their myspace.... For the unaware, Meshuggah's new LP "obZen" is imminent! Look for it on March 7th (new song streaming at their myspace), with a tour supporting Ministry to follow. (Updated Ministry & Meshuggah tour dates below).... Swiss legends Celtic Frost have announced plans to release "Monotheist Companion", a compilation of unreleased tracks and rearrangements from the "Monotheist" sessions.... Deadbird (feat members of Arkansas sludgers Rwake) have announced a a split 7-inch with Burned Up Bled Dry to "either be a precursor, simultaneous, or the aftermath of" Deadbird's upcoming LP, "Twilight Ritual" on At A Loss.... According to Dan Lillker, bassist for the recently reformed Brutal Truth, we can expect another 15 new tracks from the recently reformed NYC grind legends, a few of which debuted on XM Radio during "The Ultraviolence" guest-hosted by Scott Hull (Pig Destroyer) this past weekend.... Darkthrone have announced the name of their newest LP, "Dark Thrones and Black Flags".... Mark "Barney" Greenway (Napalm Death) predicts the end of Slayer.... The Red Chord has been added to the Darkest Hour/ Cephalic Carnage extravaganza at Blender Theater on Feb 29th, as well as a few other dates... Tickets are still available and updated "Doomsayers Tour" dates are below....

All tour dates & tracklists below.....

* All Dates with DARKEST HOUR, CEPHALIC CARNAGE, EMMURE, WHITECHAPEL
^ with THE RED CHORD