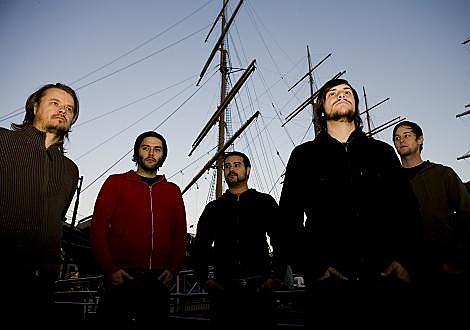 Brooklyn's own Hull will release Sole Lord via The End Records on May 26th. Spanning ten tracks over 44 minutes, and boasting art work by Josh Graham, look for the the band to kill it TONIGHT (4/16) at Union Pool when they open for the mighty Withered joined by Book of Black Earth and Hallux.

Withered's OTHER touring partners, Marduk, will enter Endarker studios in early May to record the follow-up to Rom 5:12, or their eleventh studio album. Look for it to drop in September, followed by the Funeral Nation World Tour 2009 and into 2010. Marduk will be at Irving Plaza on May 21 with Withered and Mayhem. Tickets are still available.

It a stroke of awesome luck, KARMA TO f'n BURN will be in NYC next monday (4/20) at Lit Lounge along with the mighty Tiger Flowers. Clear your schedules.

Landmine Marathon who I to NYC tommorrow (4/17) to slay The Charleston, are currently taking a break from writing their new album for Prosthetic. No word on when that record will show its ugly face, but in the mean time, make sure to... get. Your ass. To. The. Charleston!

Ringworm are currently writing their new album, The Ninth Circle, hoping to hit the studio this summer for a fall release on Victory Records. Ringworm dropped The Venomous Grand Design on Victory in 2007. 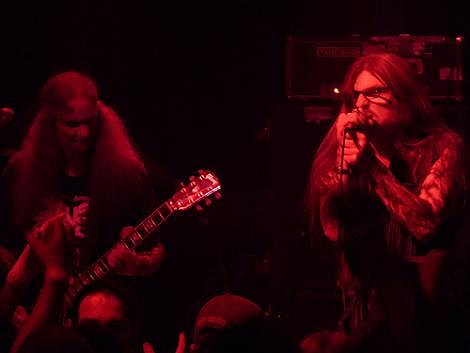 Over the past weekend (April 11), Saint Vitus played a single US date in New Orleans, where they were joined on stage by Pepper Keenan (Down, COC), Jimmy Bower (Down, Eyehategod), and Phil Anselmo (Pantera, Down). Luckily there was a camera in attendance, and you can watch the entire show here. Saint Vitus will headline at Roadburn this weekend. Me jealous.

Municipal Waste have announced completion of Massive Aggressive, their new album recorded with Zeuss. Look for it August 24th on Earache. Meanwhile, you can face the Waste at Roseland with Lamb Of God, Children Of Bodom, and As I Lay Dying. Tickets are still available.

Victims have added Raging Speedhorn guitarist Gareth Smith, and will drop a new 7" entitled Lies Lies Lies on Deathwish. Meanwhile, make sure to catch the Swedish crew on tour with Trap Them and Black Breath!

The previously announced Buried Inside date as part of Show No Mercy (5/3), will serve as one date on a four stop New York state tour. Show No Mercy at Public Assembly is scheduled for 5/3 with headliners A Life Once Lost, Rosetta, and repeat offenders Wetnurse.

Week In Metal continued below... 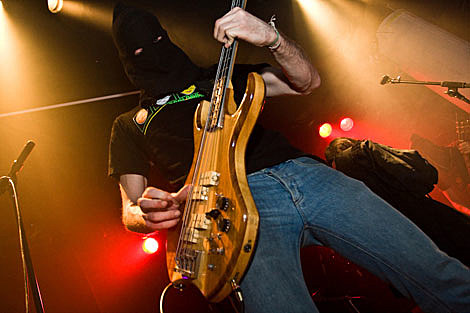 Bloody Panda have signed to Profound Lore and will drop their new full length LP this summer. More details are to come, but the band describes the tunes as "if film directors Takashi Miike and Michaelangelo Antonioni had a bastard horror-film child and raised him in Indonesia or Estonia, Bloody Panda's forthcoming release would likely be the soundscape". Word. In the meantime, you can peep the band at Public Assembly when they team up with Liturgy and Tropic Of Nelson on April 20th. Bloody Panda has another date on their calendar, April 30th at Jungle Space. Meanwhile, Liturgy has a few other dates laid out for them, including April 26th with Gang Gang Dance and Soft Circle at Columbia University, and May 1st at Death By Audio with Husere Grav, Telecult Powers, and Sannhet. Full Liturgy dates are below.

Profound Lore has dropped two exciting releases, as the Amesouers LP is finally out (buy it bundled with a t-shirt) and the new Altar of Plagues, White Tomb, has also hit the racks. Pick both up here.

Moribund have dropped the new album by Russian black metallers Old Wainds, Death Nord Kult. Check out "Cold Twilight of the Worlds" available for download above. Old Wainds dropped their last LP, Scalding Coldness, in August of 2008 via Negative Existence.

Nachmystium will drop their new EP, Doomsday Derelicts on their own Battle Kommand Records. The Sanford Parker produced effort, featuring four songs, will drop on May 5th digitally and in a limited edition CD format.

Stinking Lizaveta, who are streaming their entire new album Sacrifice & Bliss at Decibel, have been added to the Kylesa Cake Shop extravaganza.

The Accused have signed a multi-album deal with Southern Lord! Look for the Seattle crew to hit the studio with Billy Anderson (Sleep, Neurosis) and release their new LP The Curse of Martha Splatterhead in August. 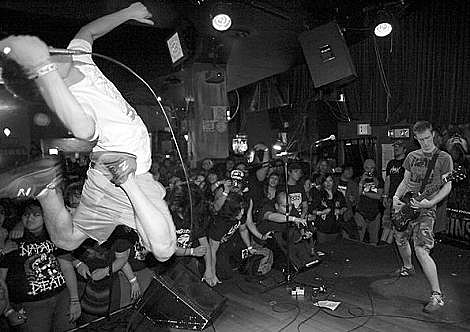 Magrudergrind will team up with The Endless Blockade and Unearthly Trance on May 28th, as part of the previously mentioned East Coast tour. Venue details for Brooklyn are forthcoming. Both bands will be coming off of their appearances at Maryland Deathfest. After Magrudergrind finish off the East, the boys will link up with Phobia and Unholy Grave to pummel the West Coast.

With Roadburn happening this weekend, if you won't be there then at least you can take comfort in the fact there are a few bands that will record their set for later release. Two more bands to add to that list (we announced Orange Goblin previously) are Year Of No Light and Fear Falls Burning. Look for their LPs to surace on (surprise!) Roadburn Records, along with Orange Goblin's Live LP.

Translation Loss has announced the release of Horizoner, the new LP by Bloodhorse due on May 26th. Translation Loss also recently signed City of Ships, who are booking east coast dates in late may to mid June.

Represses of Iron Age's The Way is Narrow and Mind Eraser's Teenagers 7" are available now at Painkiller Records. Both bands will team up with Sex/Vid, who have a new 12" on the way for Painkiller, to play NYC on June 6th.

EVILLIVE:
A new feature in our metal posts, we'll run down the best live shows on the way!

PUNISHMENT DUE:
Seriously great releases this week, including a double shot of grind from Relapse! The

NEWS BLAST (BEATS)
- Faith No More has been confirmed for Sweden's Peace And Love Festival. For those counting at home, that makes nine shows that this american band has scheduled outside of the US. But I'm not bitter!
- Corrupted have repressed their Nadie 12". Pick it up at Throne Records.
- Toxic Holocaust, who recently played Gramercy with Napalm Death, have filmed a video for "Nuke The Cross" from their last LP An Overdose of Death.
- Behemoth have announced the title of their new album due out this summer, Evangelion. Look for them on the overall underwhelming (except Slayer, natch) Rockstar Energy Drink Mayhem Festival.
- Check out In The Hollows, a band featuring members of Pulling Teeth, Ruiner, and Champion, will release their debut digital EP/7" on May 26th 2009 via Mightier Than The Sword Records.