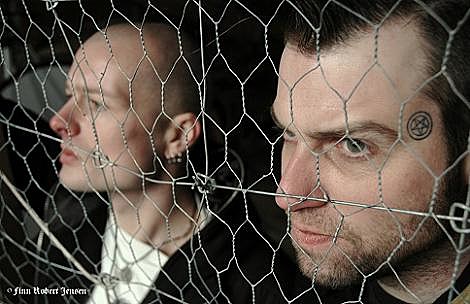 Orcustus, a vile and caustic black metal crew that at one point featured Infernus and Tormentor of Gorogoroth, have released their long-time-coming LP via Southern Lord. Try and choke back the vomit while you check out "Asphyxiokenisis" above, and pick up the LP here.

While we're on the BM tip, a misanthrope who released my second favorite record of last year, Leviathan, has dropped a new split entitled Sic luceat lux with Greek black metallers Acherontas. Pick it up at Zyklon-B Productions.

Converge is currently in the studio recording their new album, fingers perched with on twitter. Meanwhile, Nate of Converge dropped some details on the new Doomriders record, Darkness Come Alive, which he professes to be "not as [much of a] party record" and a "little more serious". More in an interview here.

Speaking of Doomriders, Boston's Disappearer (also featuring Jebb Riley) have released The Clearing on Magic Bullet Records in CD and 2LP formats. Pick it up here, and dig on the MP3 for "A Skull Full Of Bats" above!

20 Buck Spin is repressing one of their greatest releases, the Graves At Sea / Asunder split. Pick that up here.

Red Sparowes have announced that they will hit the studio in August to record their LP follow-up to Amorphisms EP. Follow Red Sparowes on Twitter.

UK doomers Moss have a new 10" EP, Tombs Of The Blind Drugged, due this month via Rise Above Records. Preorder info isn't available yet, but when it is, you can pick it up here.

Black Arrows of Filth & Impurity. I know, the name is kind of a mouthful... but the names of the bands that are associated with this death/grind/ambient crew are pretty common around these parts: Demiricous, The Dream Is Dead, and Racebannon. BAOFAI drop their new album 1984 (Eternal) on Gilead Media and are streaming four tracks at their myspace, but have dropped off "Damn, Girlfriend, That Napalm Exfoliates As It Burns" and "If Shit Were Gold, The Poor Wouldn't Have Assholes" above! Pick up 1984 (Eternal) here.

Call me a loyalist, but I had the feeling that after being somewhat disappointed by In The Absence Of Truth, Isis would come back as strong as ever. Make sure and check out Wavering Radiant on May 5th or now, if you are a record fiend or feel like streaming it all at their myspace. Look for Isis at Irving Plaza on June 2nd with Tombs & Pelican (tickets here), and check out the video for "Holy Tears" below! 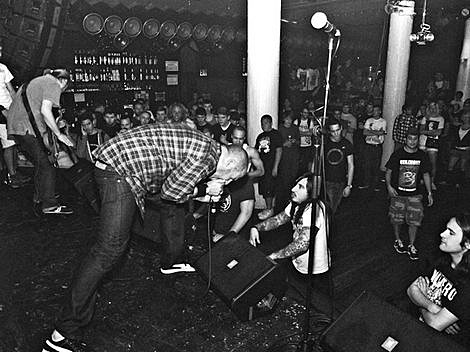 That's a shot from last week's 108 show at Santos. Were you there? How was it?

Goes Cube have added a bunch of dates after their previously announced album release party at The Studio at Webster Hall on May 14th with The Austerity Program, for a full tour. Tour dates are below. 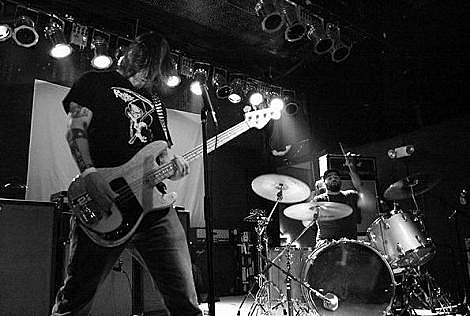 Athens, GA bass & drums duo Subrig Destroyer will release their debut album, Rode Asunder on Zoroaster's Terminal Doom Records. Falling somewhere between Om at their most distorted, Sleep, and Electric Wizard but tied together with a southern slant, dig on "God of Furnace" available for download above and look for the band on the road!

Finnish black-metallers Beherit have reformed and unleashed their new album Engram! The band is currently streaming six songs from the record on youtube, with one of those songs "Axion Heroine" embedded below. Pick up Engram here. 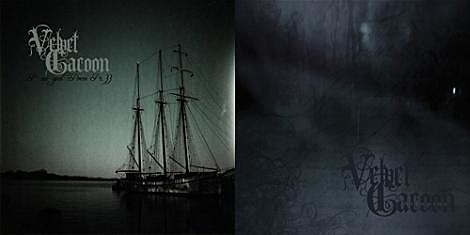 Black metallers Velvet Cacoon will release both Atropine and the previously shelved P aa opal Poere Pr. 33 via Full Moon Productions. "Funeral Noir" from Atropine is available above, and pick up both records when they hit the Full Moon storefront.

Nattefrost (Carpathian Forest) and Fenriz' Red Planet (Fenriz of Darkthrone) will team up to release a split LP, Engangsgrill. The record, due later this year, is currently streaming two songs via a dedicated myspace page. The duo describe the music as exploring the "borderline between black metal, stoner and classic rock".

Anaal Nathrakh is currently streaming two new songs "More Of Fire Than Blood" and "The Lucifer Effect", from their upcoming LP In The Constellation Of The Black Widow. Look for it, with the below cover art, on June 29th via Candlelight. No Friends, a new band featuring Tony of Municipal Waste and ex-members of New Mexican Disaster Squad, have completed recording of their new record due in July via No Idea. Check out a few of those old school hardcore-tinged tracks streaming at their myspace. 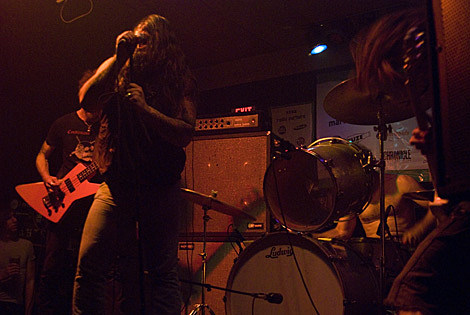 One band that I passingly mentioned but thoroughly enjoyed during SXSW was Austin's The Roller. The crew, who share drummer Jeremy Jenkins with another fave from SXSW, The Devil & The Sea, dropped their debut EP last year, which includes "Rattle Of The Shaman" above. The Roller recently added a bunch of west coast dates, so if you're out yonder, make sure and scoot out to the shows! Full tour schedule is below.

The ever prolific Gnaw Their Tongues will drop their new album all the dread magnificence of perversity on CD via Crucial Blast and 2LP vai Bruning World Records. Check out "Rife With Deep Teeth Marks" available for download above, and the malicious cover art here.

Iron Age has issued an update on their upcoming LP, The Sleeping Eye. Look for the record to be released on Cyclopean Records, and pick up a copy at their upcoming shows.

EVILIVE
A new feature in our metal posts, we'll run down the best live shows on the way. Holy. Shit. There are ALOT of great shows in the coming two weeks, but it seems like they are all crammed into two days! DAMNIT!

NEWS BLAST (BEATS)
- An interview with Samothrace.
- Ben Weinman is currently working on the new Dillinger Escape Plan album, which he describes as "dark & evil", and "very early 90's thrash influenced". He offered more in a recent interview.
- Funeral doomers Ahab's new album, The Divinity Of Oceans will drop in the US on July 28th.
- Jack Endino will produce the new Skeletonwitch.
- The new Crom shirts at Shirts & Destroy? Classic.
- Mike of Early Man has a new blog.
- Nachtmystium will drop Doomsday Derelicts on Blut & Eisen Records in a Limited Ed pressing of 500.
- Warbringer is streaming a new song at their myspace.
- The Black Boned Angel / Nadja split LP, Christ Send Light will see a repress via Sound Devastation.

An Interview with Suffocation