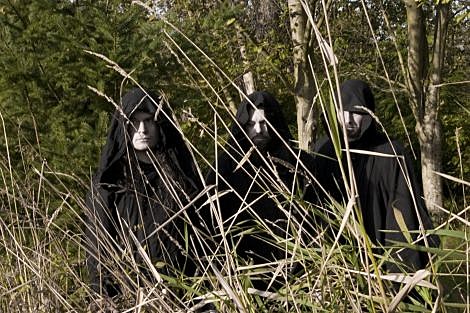 According to ancient Mayan prophecy, The Age Of The Fifth Sun draws to a close in 2012 when armageddon will fall upon the land. Considering this is only 2009, it is entirely possible that sunn 0)))'s soundtrack to the end of days/new album, Monoliths & Dimensions, may have been delivered a bit prematurely (out NOW). Not that a moment on Monoliths resembles anything less than meticulous detail; Attila Csihar's Bela Lugosi-like vocals, heavenly choirs, harp, trumpet, and orchestra all add to the nauseating rumble, and at times, shimmering beauty emanating from their full stacks. Pick it up at Southern Lord on CD. Vinyl is due this summer. The boys have also announced a rough sketch idea of their upcoming tour plans:

We are preparing tours as a 4 and 5 piece in support of this opus. Attila Csihar and Steve Moore (Zombi) will be in the ranks as well as a yet undecided 5th member for some shows. Randall Dunn will be on the big guns.

There should also be UK and Japan jaunts following those pieces. We are working on it, more to come.

We are also considering and contemplating a few special event concerts with an expanded acoustic ensemble lineup. This is a whole different ballgame but may be in the cards and we have a few loyal partners in Europe on board to help manifest if/when the time is correct.

Lots of mini-CDs to report on, as Hail of Bullets will release the limited-to-2000 five song Warsaw Rising this summer on Metal Blade and Caïna will release a self-titled MCD via Universal Tongue/Bubonic Productions. Check out a track from that Caïna, "To Pluck The Night Up By Its Skin", available above. Nachtmystium has a MCD, Doomsday Derelicts, out via Battle Kommand, and will release a new split 7" with Cyanide.

YOB's new album for Profound Lore, The Great Cessation, now has an official release date, July 14th! The new effort by the reformed Eugene, OR doom colossus will span five tracks over it's 60+ minutes including "Burning The Altar" which is downloadable above! Look for US dates to follow, and once we have news on NYC, you know you will too.

YOB's album art, plus videos of Sleep, news on The Dillinger Escape Plan, Clutch and Baroness, Opeth, Converge, Ringworm and much more as This Week In Metal continues.... 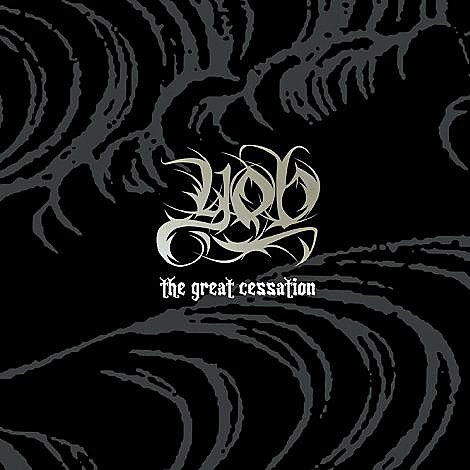 Mining a dark ambient passageway not totally dissimilar from sunn 0))), The Human Quena Orchestra, have released their new LP The Politics of The Irredeemable on Crucial Blast. Stream the whole thing here, and look for the band as they schedule their US tour in July. Full dates are to come.

On a similar damn-I-wish-I-went note, check out these videos of Sleep perfoming "Dragonaut" and portions of "Dopesmoker" at ATP.

Sleep performing a portion of "Dopesmoker" LIVE at ATP.

a Sleep setlist from ATP 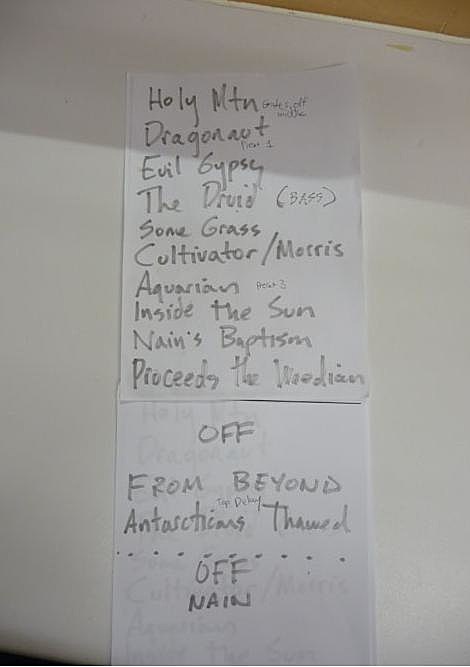 Clutch and Baroness will team up with Lionize (featuring Clutch bassist Tim Sult) for a US tour, but no NYC dates so far. Their full tour schedule is below. Meanwhile, Clutch recently announced a new album, Strange Cousins From the West which will be released on July 7th. Stream one of those tracks here. Baroness are currently plugging away at new material in the studio.

Sickening slow-burn doomers Cough of Richmond, have released their 2008 album Sigillum Lucifieri on 2LP vinyl via Feast of Tentacles .

Minsk is currently streaming two new tracks at their myspace.

Polish behemoth, um, Behemoth have completed Evangelion, their NEW LP which is currently being mixed down in London. Look for it this summer on Metal Blade Records.

Maudlin Of The Well's new album Part Of The Second is available for free download here.

Bloodhorse is currently streaming a new song, Paranoiac, from their forthcoming Horizoner at their myspace. Horizoner impacts on May 26th via Translation Loss.

The Dillinger Escape Plan is hitting the road in early June, now that Liam's duties with Frodus have ceased (permenantly, I believe). Full tour schedule is below, including The Crazy Donkey in Farmingdale, NY on 6/9.

The Monday, May 25th Wolves in the Throne Room and A Storm of Light show in CT has moved to 21 Daniel Street in Milford, CT. All dates here. Upcoming NYC shows (EVILLIVE) below... 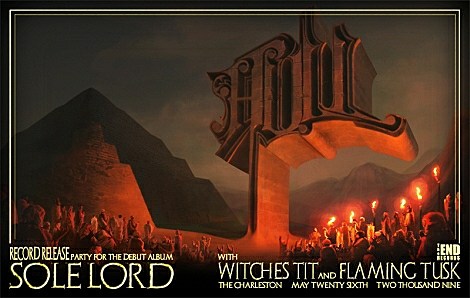 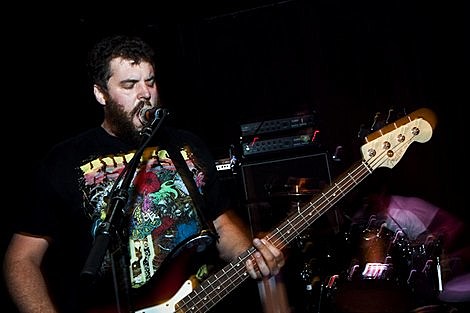 NEWS BLAST (BEATS):
- Trap Them and Municipal Waste will team up for a FREE show in LA on June 10th. RSVP here.
- Absu and a ton of other bands get ripped off by a Texas promoter.
- Washington Post Express recently interviewed both Bill Kelliher of Mastodon and Paul Masvidal of Cynic.
- Three Inches of Blood have signed with Century Media, and will release their new album this fall.
- Check out video interviews with Dan Lillker (Brutal Truth), with Intronaut, and with Frost of Satyricon