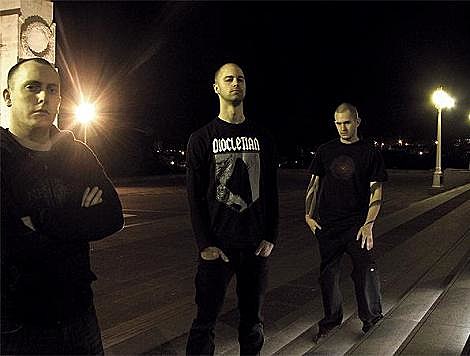 Back to bludgeon.... it's This Week in Metal! This week, we kick things off with a death metal record that is currently in high rotation, Ulcerate's searing new LP Everything is Fire. Out NOW via Willowtip, check out a pair of MP3s from that LP available above. This New Zealand band are able to hit that seemingly impossible sweet-spot where brutality meets technicality and melody meets dissonance. Highly recco'd! 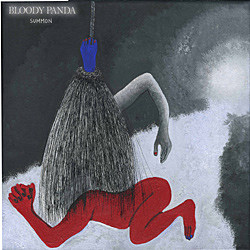 Bloody Panda is back a new LP due on Profound Lore, Summon. Due August 11, the band will release a CD/DVD for Summon which will include seven tracks, one of which ("Miserere", an excerpt above) is interpreted visually on DVD. Yoshiko Ohara, their signature vocalist and a known visual artist, is responsible for the cover art. The DVD was shot, in Brooklyn and Indonesia, and edited by band members Bryan Camphire, Blake McDowell, and Josh Rothenberger. Josh also told us that...

the whole DVD project came about through our collaboration with Cave dance studio on Grand St. in Williamsburg. It was there that we met Berlin-based Butoh dancer Yuko Kaseki a few years ago. We Asked her to dance to one of our tunes last year, and then shot most of the DVD at Cave with her last August/Septemeber.

Fresh off of a triumphant set at Maryland Deathfest, Asphyx is back and will domestically release their new album, Death...The Brutal Way via Ibex Moon. Due September 1st, the record will also be released in a limited edition version with a live DVD, Live at Party.San Open Air Festival 2007. Asphyx recently welcomed Martin van Drunen (Pestilence, Hail of Bullets, Bolt Thrower) back into the fold after his departure 17 years ago.

Black September, who first came onto my radar via their work with Thou and Winters In Osaka, has a new 7" out NOW, The Sermon of Vengeance. Mastered at The Boiler Room by Collin Jordan (Nachtmystium, Minsk), check out "Purification", one of two new tracks by the black metal punks from The Sermon of Vengeance above and order that 7", as well as other releases here.

Pelican's new EP, the tour only CD Ephemeral, is out on 12" at Southern Lord packaged with a Seldon Hunt designed tee. In addition, Earth's previously rare Radio/Live LP is available via Southern Lord as well.

Filth-ridden hardcore is the order of business for Syracuse's Oak & Bone, a badge the band wears with pride on their debut 7" out NOW via Hex Records (one time home to Ed Gein, Engineer, Playing Enemy, and Cursed). Check out "Build Walls" from that 7" above. The crew recently played NYC with another fave of mine, crusty black-metal punks Infernal Stronghold, and are prepping to release a split 7" with Like Wolves on Barbarossa Records. Pick up their debut 7" and look for that split!

Anaal Nathrakh's Mick Kenney is back with his former bandmates in Mistress to resurrect Fukpig, who released their last LP Nuclear Apocalypse in 2003. Pick up Spewings From A Selfish Nation before it's gone (100 copies total!). Anaal Nathrakh's In The Constellation Of The Black Widow is out June 26th via Candellight. Preorder the vinyl at Mick/Shane Embury's FETO records.

A preview of that Fukpig, as well as news on Down touring with Melvins(!!!) Jucifer, Celeste, Mastodon, Clutch, and much more below...

Stay away from the light, Celeste! 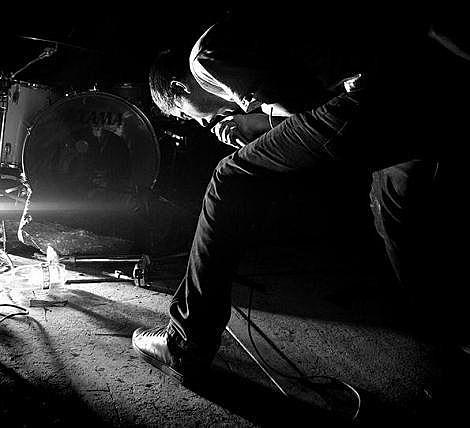 With elements of doom and post-metal ala Neurosis, Celeste seem to be another in a long line of French troublemakers (Deathspell Omega, Glorior Belli, Amesouers, Alcest, Pest Noire, etc) who flirt with the outer reaches of black metal. Celeste's new LP Misanthrope(s) is out NOW via Denovali Records and is available for download above as well as for purchase on limited 2LP. If you dig it, please donate to the band here, where you can also download a copy of their Nihiliste(s) LP for a charitable donation.

Fukpig - "The Horror Is Here"

Bergraven, aka Par Gustafsson, will release his new LP Till Makabert Väsen via Hydra Head on June 23rd! Check out a new song currently streaming at his myspace.

Combat Music Radio, the online station featuring programming by Scott Kelly, Joe Preston, CT of Rwake, Eugene Robinson of Oxbow, and so many more, is "running into technical issues" and is asking for paypal donations at their site. Great station, and the Return To Zero, Ghost Stories, and All I See programs all come highly recommended.

Jucifer, who is now in the studio, is heading back on the road having scheduled a string of East Coast dates including Cake Shop on July 15th! Full tour dates are below.

Check out a Clutch widget for their upcoming LP Strange Cousins From the West here. Pre-order the LP (which drops on July 7) via Newbury Comics and receive an autographed copy.

Stream the No Friends S/T debut (featuring members of New Mexican Disaster Squad and Municipal Waste) at Punknews. Look for it Jul 28th on No Idea Records.

Down is touring "major markets" with the Melvins in Aug/Sept! Check out a bunch of video from their Download performance here.

Fallen NYC doomers 13 are compiling a discography for release on Nostalgia Blackrain. The band is looking for contributions to the discography in the form of live tracks, pics, etc for inclusion. If you can help, contact Alicia (vocals) at her myspace. Guitarist Liz of 13 went on to join Sourvein and ultimately, Electric Wizard.

Samael, Moonspell, Book of Black Earth and Secrets of The Moon will team up for the "Night Eternal Above America Tour" which is scheduled to land in NYC on Oct 18th at BB Kings. Tickets are on sale. Full tour dates are below.

Landmine Marathon performing in April 2009 in DC, the band is working on a new LP!

Suffocation performing a new song at The National in Richmond, VA

NEWS BLAST (BEATS):
- Heavy Metal in Baghdad is streaming for FREE in its entirety.
- Municipal Waste posted a new song from Massive Aggressive to their myspace.
- The new Show No Mercy is up at Pitchfork, and includes interviews with Coalesce, Wolves In The Throne Room, Black Anvil, Liturgy, and Aanal Beehemoth.
- City Of Ships have posted a pair of songs from their upcoming Translation Loss LP Look What God Did To Us. The record is out July 21st.
- Buried Inside is touring their native Canada. Thse dates are below
- Southern sludge-meisters Black Tusk and noise metallers Fight Amp have a 7" split on the way via Brutal Panda Records.
- Morne, featuring ex-members of Grief, will drop their new album Untold Wait on Feral Ward in July.
- Urgehal has signed to Season of Mist subsidiary Underground Activists.
- Shane Embury discussed the upcoming Brujeria with Terrorizer.
- Who want's to buy Jarboe's iPhone?!?
- Checkout samples of the upcoming Voivod LP, Infini, at the Nuclear Blast Musicshop. Infini impacts the US on June 23rd via Relapse.
- Rosetta's The Galilean Satellites is out on 4LP.
- Orange Goblin, who's new album is due in 2010 via Candlelight, have added a few European dates.
- Get ready for Masto-Vans
- Check out an interview with Samoth of Emperor at, um, Rock N Balls webzine.
- 3 Inches of Blood is seeking a touring bassist.
- Toxic Holocaust's first two LPs are now available for download at iTunes.
- Check out an interview with Sammy Duet of Goatwhore here.
- Red Fang has recorded some new material. Just don't ask them how many new songs it is.

An Interview with Isis