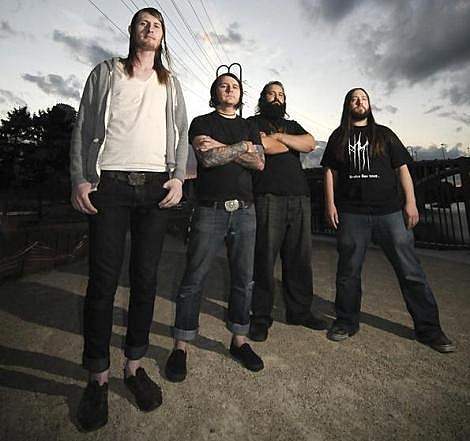 Battlefields are hitting the road (again) this time with Overmars and TWO dates in NYC. Europa gets the bands on August 16th and The Charleston gets them on Septemeber 3rd. Full tour dates are below. Battlefields' massive Thresholds of Imbalance was released earlier this year while Overmars' Büccolision EP dropped in the tail end of last year.

Marduk, who are coming to the US and playing Gramercy with Tombs and Black Anvil, have announced the title for their new album. Behold Wormwood.

Black Anvil are playing a free show at Duff's TONIGHT (6/27).

Asphyx's Death... The Brutal Way is out now overseas, but the LP will drop on Ibex Moon in the US on September 1. Look for the LP honors to be handled by War Anthem Records and the limited edition CD to come with a DVD of their 2007 reunion show in Germany. Until then, dig on the music video for the title track below. In related news, Martin Van Drunen's other band, Hail of Bullets, will release a limited MCD (2000 copies) entitled Warsaw Rising on July 17th.

That video, plus news on Dark Castle, Suffocation, Saviours, Gaza, sunn 0))) and more as This Week In Metal continues... 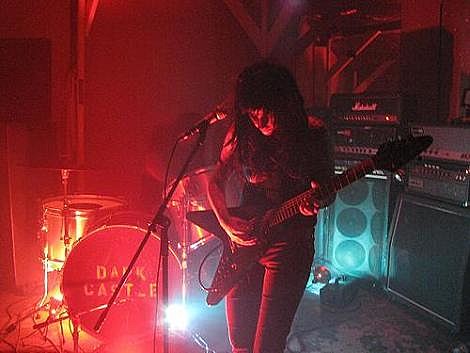 In a triple bill from hell, Dark Castle will team up with Orphan and Malkuth on Sept 7th as part of Precious Metal at Lit Lounge! Dark Castle's awesome Spirited Migration is out NOW via At A Loss and Malkuth's Sefirah Guvrah is out NOW via Hospital Productions. Orphan's Aborted by Birth dropped last year.

Saviours is currently working on their follow-up to Into Abbadon, their breakthrough release from 2008. Set to blast off on Oct 13th, the band has employed Phil Manley (of The Fucking Champs) to produce the effort and the band will release a string limited-to-500 7"s entitled Acid Hand, Burnin' Cross and F.G.T.. in celebration. Check out one of those tracks, "Acid Hand", above. Meanwhile, look for the band on the road in July, though sadly, not in NYC. Tour dates are below.

Lots of little Ben Falgoust news this week as Goatwhore was recently interviewed by CHOM-FM, Soilent Green have recorded the theme song for Adult Swim's Squidbillies, and Falgoust has joined Suicide War. Goatwhore's Carving Out The Eyes Of God is out NOW.

Salt Lake City's Gaza have completed production on their new album for Blackmarket Activities, He's Never Coming Back, and are looking to release the record on Oct 13th. Stokeage. More to come, and hopefully a little touring as well! In related news, Bird Eater are currently demo-ing material for a new LP, look for some of that material to show up on their myspace.

Suffocation is currently streaming their upcoming LP Blood Oath for Century Media. The amazing Blood Oath, which in my estimation puts them back with their 90s peak, is out July 3rd.

PUNISHMENT DUE:
Goatwhore - Carving Out The Eyes Of God
Bergraven - Till Makabert Väsen
Voivod - Infini

NEWS BLAST (BEATS)
- June's Show No Mercy, features some awesome interviews with Coalesce, Wolves In The Throne Room, Liturgy, Black Anvil, and so much more.
- North are hitting the road with Adai, scheduling a tour though the west and midwest, but no east coast love as of yet. Full tour dates are below.
- Landmine Marathon will reissue Rusted Eyes Awake via their new home Prosthetic.
- Check out an e-card from Magrudergrind's self-titled LP here.
- Judas Priest will film their British Steel tour for a 2010 release.
- Osmose Productions will reissue Hate Forest's back catalog in the next nine months. Drudkh (mem-Hate Forest) will release their new album Microcosmos on July 14th.
- Crustcake pontificates on Five "Dope" Albums That Changed The World.
- Check out an interview with David Vincent of Morbid Angel conducted by NZRock here
- Dillinger Escape Plan's new "creative umbrella" under Season of Mist will be called Party Smasher, Inc. Their upcoming LP, Option Paralysis, is due in early 2010.
- Isis interviews a plenty! Check 'em out with Punknews, with Metalreview.com, and with Six String Bliss.
- Motorhead, Reverend Horton Heat and Nashville Pussy tickets for their show at Roseland on 9/9 are on sale. Full dates are below.
- Skeletonwitch are hard at work on a new LP!
- Giant Squid has signed with Translation Loss! The band is scheduled to hit NYC with Grayceon in August.
- Check out an interview with Glorior Belli at Blistering.com
- Selfmadegod Records will release Age of Vandalism, a 4CD Box set of all of Cripple Bastards' releases from 1988 - 1993. Limited to 1,000, get yours here.
- sunn 0))) have announced West Coast dates for their Monoliths & Dimensions tour. Check those out below. No word on the previously mentioned east coast dates.
- Dysrhythmia is streaming two tracks from their upcoming LP Psychic Maps.
- Stream the Envy/Jesu split LP, as well as the new Bergraven LP both of which are out NOW via Hydra Head.
- Horna are set to release Musta Kaipuu, a collection of ten lost tracks from the Envaatnags Eflos Solf Esgantaavne sessions via Debemur Morti Productions on July 17th.
- Metallica is releasing a bio on Cliff Burton.
- Engineer and Tides will team up for a few dates on the east coast, though no NYC dates to speak of. Full tour dates are below.
- Katatonia is currently working on their new album for Peacville, due in October. Check out an online diary here.
- Immortal has detailed their upcoming LP, All Shall Fall, due in Sept via Nuclear Blast. Check that out here.
- Three Inches of Blood's new album, Here Waits Thy Doom, will hit the racks on Sept 8 via Century Media. Recorded by Jack Endino, the band have released the tracklistings for the LP, which are available below.
- US Christmas will release a live album via I'm Better Than Everyone Else Records. Culled from an acoustic show with Scott Kelly and Royal Thunder on the night before Scion Rock Fest, it will contain one new and unreleased track. Look for it in August.