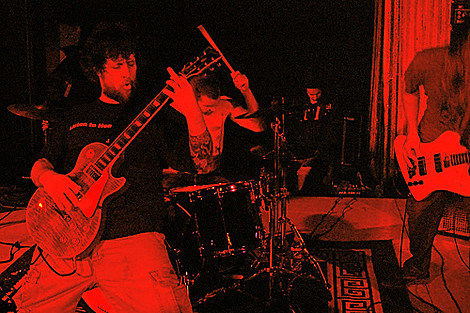 Out this week, the return of the mighty YOB with their absolutely colossal new album The Great Cessation. If you were a fan of masterful, thundering, sickening doom or the previous material by YOB or Middian/Age Eternal, this album is HIGHLY recommended... possibly their best LP yet? The Great Cessation is currently on sale at the Profound Lore, and the band recently was interviewed by Hellbound.

The brutal band with the awesome name, Weekend Nachos, are hitting the road at the end of August and into September bludgeoning the Northeast with dates including Rockstar Bar on Sept 4th! The band is currently supporting their new LP Unforgivable out now at your favorite distro or via the band. Check out "A Few Blocks South" from Unforgivable and make sure and get out to Rockstar Bar on 9/4, if you ain't chicken.

Cave In is BACK officially with the release of the Planets of Old 12", and the song "Retina Sees Rewind" available now on iTunes! The ultra-limited 12" is available July 28th, and in much larger numbers at their comeback show on July 19th in Allston, MA. 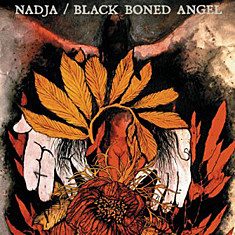 Out now via 20 Buck Spin, the collaborative LP between Nadja & Black Boned Angel. Black Boned Angel is probably best known as the alter-ego of Campbell Kneale of Birchville Cat Motel, who collaborated with Nadja over 2+ years to create the three tracks which formed this LP, as well as the Christ Send Light EP. The graphic artwork is very indicative of the collaborative spirit of the LP as well, as it is also a collaboration between revered artists Stephen Kasner and David D'Andrea. Check out a snippet of one of the tracks on the LP above. Also out now, BBA's new LP Verdun available via Riot Season.

Union Pool has gone metal! Besides the previously mentioned Dysrhythmia show and the Hull / Giant Squid / Grayceon shindig, the venue has also lined up a few other notable shows in the coming months including the mighty Atomic Bitchwax on August 1, f'n Cable on August 15th (3 days before the release of The Failed Convict), and finally Neurot signees It's Casual on August 23rd. Full Cable tour dates are below. Stream the new Dysrhythmia album, Psychic Maps, here.

Baroness have completed work on their new album due in October via Relapse Records!

Burnt By the Sun are preparing their FINAL album for release, Heart Of Darkness due on August 18th via Relapse Records. Check out "Inner Station" available for download above, which is also on the Relapse Contamination 2009 comp available for $5.99 on iTunes. The band has scheduled a gang of Euro-dates, but none in the US so far... although with Dave Witte gearing up to release Municipal Waste's Massive Aggressive, I'm guessing it might be a while.

Check out a video interview with Municipal Waste, live video of Saint Vitus, as well as a new project featuring Chris Colohan of Cursed, Pentagram, Burzum, 3 Inches Of Blood, Kayo Dot, and much more as This Week In Metal Continues...

Engineer, who are preparing to hit the road with Tides, have completed nine songs and will hit the studio to record the follow up to The Dregs following that tour. In semi-related news, Engineer's labelmates on Black Market Activities, The Abominable Iron Sloth and Sweet Cobra, both have LPs coming in October!

Meet Burning Love, the new project of Chris Colohan of ex-Cursed fame (the remainder of the band can be found in Quest For Fire and Crux of Aux). The band recently dropped their demo for free download (above) and are rounding Canada in August with Vicious Cycle, full tour dates are below. Burning Love was recently interviewed by HardTimes.CA.

Scott Carlson of Repulsion goes shopping at Amoeba, and so does Fantasma of Brujeria.

Reign Supreme are currently Testing The Limits of Infinite with their new LP out NOW on Deathwish. The band is hitting the road in July with The Carrier supporting Shai Hulud which includes a date at Santos Party House on August 12 (tickets are on sale), as well as appearances at This Is Hardcore, Sound & Fury, and The Great American Hardcore fests. Jay Pepito (vocals) was recently interviewed by SMNNews.

Burzum is nine songs into a new album, and word is, it will be metal.

The cover for the upcoming 3 Inches of Blood LP for Century Media which will feature eleven new tracks, one of which, "Call of the Hammer", is streaming at their myspace! 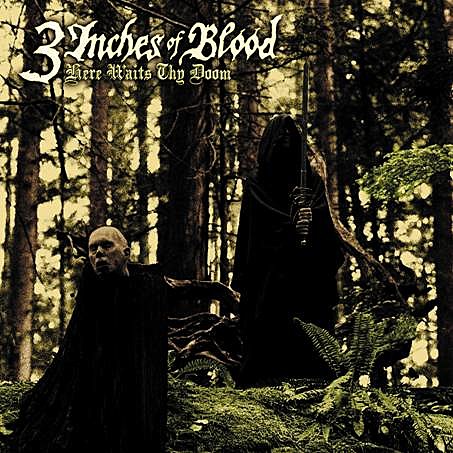 With their support slot on the Secret Chiefs 3 tour in the rearview mirror, Kayo Dot are headed back into the studio to record their follow-up to Blue Lambency Downward. Randall Dunn will man the boards and look for the LP to hit stores in the fall. Toby Driver of Kayo Dot's other band, Maudlin of The Well, recently dropped a new LP for free.

Noise-punk badasses Fight Amp have scheduled a tour of the East Coast, with a few additional dates scheduled with the mighty Millions in their native Midwest. Dates are below, and it includes a Brooklyn date though details are forthcoming.

Jimmy Bower of Down was recently video interviewed by Stormbringer.at. Down will team up to tour with Melvins and Weedeater this fall. Melvins recently announced a remix album.

PUNISHMENT DUE:
Holy shit! Yep. A ton if interesting records out this week and into next. I hope you saved your dinero... gonna be 'spensive! I would say if you limit yourself to a few purchases this week, YOB, Moss, Suffocation, Drudkh, Anaal Nathrakh, and/or Destroyer 666 should be somewhere near the top of your list.
Nebula - Heavy Psych
Dysrhythmia - Psychic Maps
MOSS - Tomb Of The Blind Drugged
Suffocation - Blood Oath
Poison The Well - The Tropic Rot
Reign Supreme - Testing The Limits of Infinite
Drudkh - Microcosmos
Destroyer 666 - Defiance
Anaal Nathrakh - In The Constellation Of The Black Widow
Nadja & Black Boned Angel - S/T
YOB - The Great Cessation
Clutch - Strange Cousins From The West
Suffocation - Blood Oath

NEWS BLAST (BEATS):
- Roadburn has posted a few sets of streamable audio from the 2009 festival, including Mono, Alexander Tucker, Cathedral, and Orange Goblin.
- Check out an exclusive Misery Index tour diary at Metalsucks.
- Priestess are working on a new LP.
- More details have risen regarding the forthcoming Hellhammer/Celtic Frost book.
- Deaf Sparrow rocked a pair of notable interviews lately... Kurt Ballou and Black Anvil.
- Invisible Oranges interviewed Greg Anderson of sunn 0))) and reviewed ASG's recent show at The Charleston.
- Check out a video interview with Suffocation by Metalunderground.com.
- Hardtimes.Ca sat down with the mighty Attila Csihar of Mayhem for a video interview.
- A Gorgoroth (not a God Seed) studio report is available here.
- Check out an audio interview with Absu conducted at BB King's on 6/21.
- Satyr of Satyricon proclaims that Lords of Chaos is "inaccurate".
- Updated Motorhead, Nashville Pussy, and Rev Horton Heat dates are below. Tickets are still available for their 9/9/9 show at Roseland.