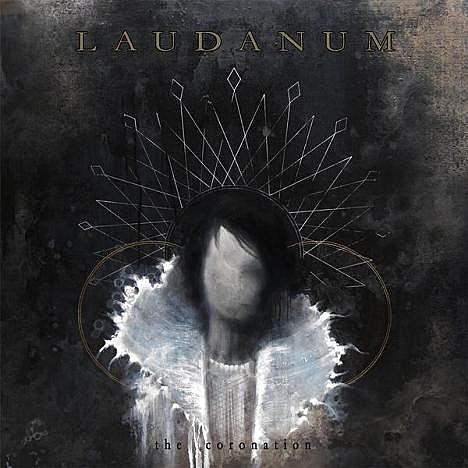 Laudanum, who released the stunning Sacred Death split with Stormcrow earlier in the year, has released The Coronation on 20 Buck Spin. Featuring members of the much revered Graves At Sea as well as Pig Heart Transplant, The Coronation is a downtuned massive slab of doom interrupted by ominous dark ambient passages. Pick up The Coronation NOW at 20 Buck Spin and dig on one of those tracks, "Invoke", above.

Speaking of Stormcrow, that band along with Converge, Malevolent Creation, Naglfar, Wolbrigade, Deceased, Rompeprop, Gorod, and Nazxul have all been added to the Maryland Deathfest 2010 lineup!

A BIG FAT congratulations goes out to Salome who have signed to Profound Lore! If you missed it, Salome are hitting the road with Batillus and Hull.

French shoegazey black-metaller Alcest is preparing a new album which will contain six tracks, four new and two of which will be re-recorded from the Le Secret EP. Alcest, aka Neige also of Amesouers and Pest Noire fame, will employ Winterhalter (also Peste Noire, et al) to handle drum duties on the release, which should appear in January of 2010. Alcest's last LP was the critically acclaimed Souvenirs D'un Autre Monde

Who likes Dio? Who likes Black Sabbath? Who likes 'em both TOGETHER? I have one pair of tickets to see Heaven & Hell with Coheed & Cambria at the WaMu Theater @ MSG on August 25th! Details on how to win are at the bottom of this post.

In case you missed it, Shrinebuilder are coming to NYC!

Pennsylvania band Mother of Mercy, who features members of the great Blacklisted, recently dropped their killer album III via Six Feet Under Records. This is one seriously pissed off hardcore record... highly recommended! One track, "Divide", is streaming here but you can also download "Back To The Agony" above!

Rot In Hell's 2006-2008 discography, Hallways of The Always, is out NOW via A389 Recordings (vinyl) and Grot Records (CD). The UK band follows a similar path as Integrity and Ringworm... a sick/bleak metallic hardcore, and this LP is a must have for Holy Terror fans before they drop their debut LP on Deathwish! Download a song from Hallways of The Always, "Black Omega", above.

Prepare for another Aaron Turner (Isis) supergroup... Jodis featuring James Plotkin and Tim Wyskida of Khanate! Their debut LP, Secret House, will be released via Hydra Head on 10/27.

Lately, I have been giving the new Infernal Stronghold LP alot of burn. The project, which shares a drummer with the black metal monsters in Woe, treads an old school black metal-punk aesthetic and is one of those bands that can usually be seen at an ABC No Rio matinee. And that's where you can see them on October 3, when the band lands in NYC supporting Cannabis Corpse at one of two shows that day, at the Charleston and ABC No Rio (matinee). Infernal Stronghold's new LP Godless Noise is out NOW via Forcefield Records. Check out a pair of tracks, "Curb the Trend" and "Destruction of Life...Unworthy of Life!", available for download above!

Javelina is currently streaming "Black Blizzard" from their upcoming monster Beasts Among Us, the tracklisting of which is below!

If you have been to a single underground metal or punk show in NYC, chances are you have seen Tournament (though I missed their set at Union Pool on Sunday night). The band's Swordswallower EP was a fave, but now they have a NEW baby, Years Old, out NOW via Forcefield Records. Check out "Something Temporary" available for download above and check out the band at either the Chronic Youth Launch party with Cannabis Corpse on 8/21 or at the recently added Dark Castle show on 9/13 at The Charleston. Flyer is below.

A video from Fuck The Facts, news on Jesu/Final, Goes Cube, Pig Destroyer, Weekend Nachos, and much more as This Week In Metal continues...

Rot In Hell (news above) 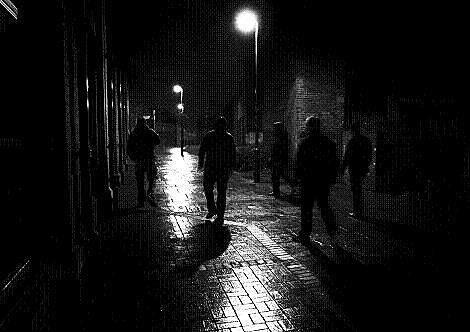 Justin Broadrick has been very busy as of late, prepping a new Jesu EP (Opiate Sun), LP (Infinity - out now on Avalanche) and split with Envy (a US reissue), not to mention the Greymachine LP AND a new Final LP!
First up, Opiate Sun, which will see daylight on Mark Kozelek's Caldo Verde Records on Oct 27th. A taste from that EP, "Deflated", is above. The previously mentioned Final LP is actually Reading All The Right Signals Wrong, which was originally issued on vinyl only in Feb of this year but is due on digital/CD format via No Quarter Records next week. The digital version will feature an additional four bonus tracks, one of which, "Wrong Signal (alt. mix)", is available above.

More details on the previously discussed split by The Bastard Noise / The Endless Blockade. More details are here, but look for the LP on Deep Six and CD on 20 Buck Spin. Meanwhile, The Bastard Noise have announced another LP, Atmoskull, due on 8/17. Preorder that bad boy right here. The band also has a pair of collaborative releases in the works via Housepig Records: Brainstorming II with Christian Renou and Universe of Dishonor with Golem Gross.

Pyramids and Nadja will collaborate on a NEW LP due on Hydra Head on 10/27. The self-titled LP will feature a killer cast of contributors including Simon Raymonde (Cocteau Twins, This Mortal Coil), Colin Marston (Dysrhythmia, Krallice, etc), James Plotkin (Khanate, Khlyst, etc), Ulver, and Lustmord! Dig on an MP3 that has surfaced over at Stereogum.

The latest incarnation from maniacal mastermind Lasse (Vacant Coffin, Hooded Menace, many others) is the charging old-school death metal of Claws. The band, which was formed in August of 2008, will release the Absorbed in the Nethervoid LP on Razorback later this year. More details are to come, but until then, dig on "Macabre Manifestations" at the Razorback myspace and "Casket Contagion" at the Claws myspace.

Oakland's SubArachnoid Space is hitting the road with Italian oddball sludgesters OvO, having scheduled a show at Lit Lounge on 9/21 and another at Europa on 9/24. Full tour routing is below. SubArachnoid Space's new LP, Eight Bells, is out on Crucial Blast on 8/31. Preview/pre-order it here.

Floor, the band that formed the basis for Torche, will release a BOX SET of their recorded output via Robotic Empire!

Doomers dot (.) and sludge-grinders SU19B have teamed up for a split EP, Drowned Into Swamp..., out NOW via RSR. Members of the mighty dot (.) went on to form Coffins.

Wetnurse will support deathgrinders Gigan and death-metallers Lecherous Nocturne at Union Pool on 9/9 as part of a East Coast tour for the duo. Full tour dates for the bands are below.

Goes Cube has scheduled a trio of NYC dates in the coming weeks including August 24th at Lit Lounge as part of Precious Metal, September 26th at Webster Hall with The Giraffes, October 4th at The Charleston with Hipster Holocaust, Zombifying Venom, and Dead Unicorn.

Support has been announced for the previously discussed Weekend Nachos show on 9/4 at Rock Star Bar. Look for The Communion, Unmen, and Buckshot Facelift to open the evening. Weekend Nachos new album Unforgivable will be reissued by Relapse, grab a track from it here.

Insect Warfare will reunite for a short stint of shows in the UK. Word is that THESE will be the last for the now defunct band. Members of Insect Warfare have gone on to form Hatred Surge. 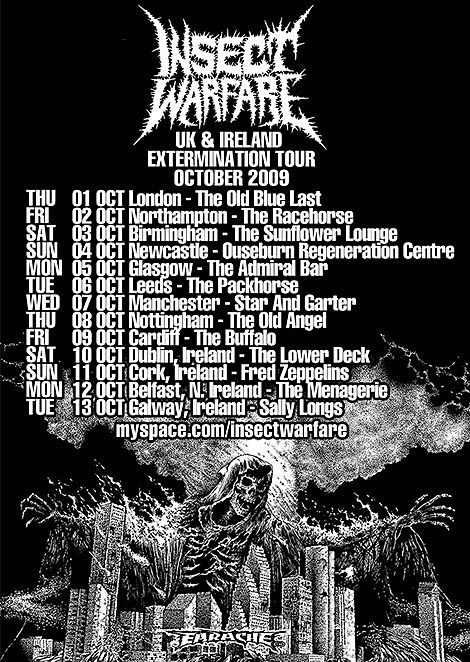 It's Casual is no longer hitting the east coast. All dates are off.

Check out an interview with Pig Destroyer.... in the WASHINGTON POST.

Miss Dudefest? There are a ton of videos from the show here including some by Hatred Surge, Shitstorm, Coke Bust, Weekend Nachos, Buried Inside, Mind Eraser, and many more. 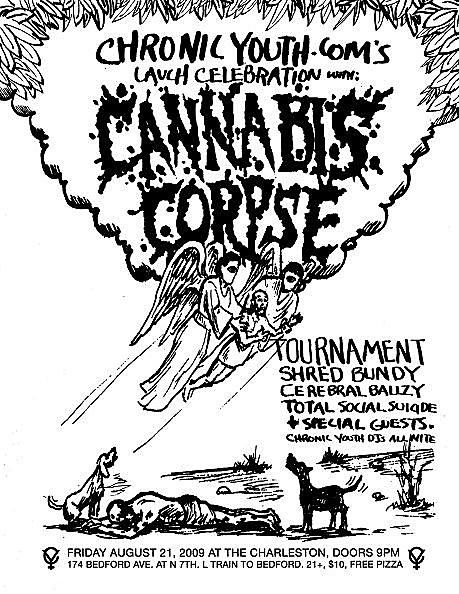 NEWS BLAST (BEATS):
- Stereogum is hosting a new Bloody Panda track.
- A new version of Cult of Luna's Eternal Kingdom is out now, repackaged with a KILLER live DVD. Highly recommended, even if you have the original version.
- Stream the entire Burnt By The Sun LP, Heart of Darkness, here.
- WFMU has a pair of MP3s from the new Circle of Ouroborus, Tree of Knowledge (out on Hospital Productions).
- Stream a live video of Tombs on Live Eye TV here.
- Get the newest issue of the Disposable Underground zine for free download here.
- Due to "legal issues", Impaled will re-record their debut, The Dead Shall Dead Remain. More details are to come.
- Buried Inside & Tombs will team up for a European tour in November. Dates are below.
- The now defunct Reverend Bizarre will re-release The Harbinger of Metal on 2LP on Svart. Guitarist Peter Vicar has since gone on to form Lord Vicar.

Javelina - Beasts Among Sheep Tracklisting:
01. You're Going to Hate This
02. A Little Paranoia
03. Towers of Silence
04. Stepchild
05. Arcadia
06. Black Blizzard
07. The Nuclear Option
08. Beware the Wrath of the Patient Man

TO WIN DIO TICKETS: Email us at BVCONTESTS@HOTMAIL.COM with a subject line of "H&H Coheed", and include your first and last name. A winner will be selected at random and notified.