DOWNLOAD: Minsk - White Wings from The Ritual Fires Of Abandonment (mp3)
DOWNLOAD: The Ocean - Eoarchaean from Precambrian (Link to mp3) 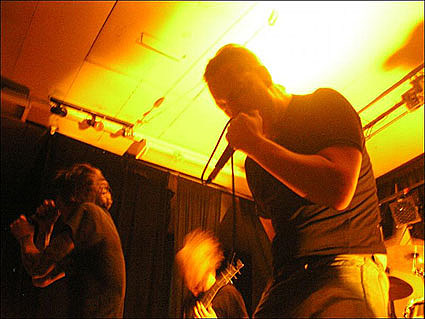 Deutchlanders The Ocean have announced a date (May 26) at the Knitting Factory in NYC with Kylesa, AND Lair Of The Minotaur! New Prostethic signees Withered will also be on hand to start off the night. Tickets are on sale. No word on a full tour, but there is one in the works. The Ocean is currently in Europe with Trap Them. Lair Of The Minotaur have a new album out March 25th.

Illinois' Nachtmystium have released details on their new LP... and EP! Yepper, thats a double whammy from the Chicago dudes with the killer "Instinct". Check out the new song "Your True Enemy" from full-length Assassins and "Depravity" from their Worldfall e.p. at their myspace.

One group heavily influenced by the newly reformed Amebix (along with Hellhammer/early Celtic Frost) is Gallhammer, who have released the limited edition gatefold 2LP of last year's triumphant Ill Innocence. Pick that up at Peaceville and look for the recently announced DVD for "Ruin Of A Church", documenting their 2007 tour with production/audio mix by Justin Broadrick.

Don't miss the pre-sale for the recently-announced At The Gates reunion tour dates. 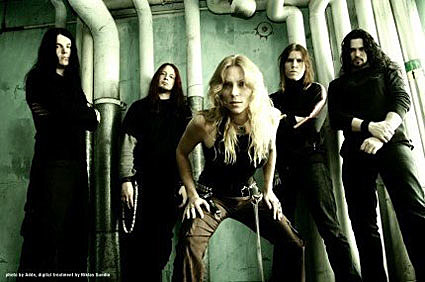 Arch Enemy, Dark Tranquility, and Divine Heresy (ex-Fear Factory) have announced US tour dates including May 11th at The Fillmore @ Irving Plaza. Tickets are on sale. Michael Amott's other band, Carcass, will re-release each of their five studio albums in celebration of their recent reformation. Each CD will come with part of a new bonus documentary, "Necroticism".

The Hate Eternal/Soilent Green/Skeletonwitch lovefest has added a few more new dates, as well as another supporting act... thrashers Toxic Holocaust. Tour dates below. Soilent Green has also announced a new album, Inevitable Collapse in the Presence of Conviction, due April 15th on Metal Blade, as well as an upcoming video from the album Antioxidant, to be directed by David Brodsky.

Ghostlimb (mems of Graf Orlock) has announced their followup to last years awesome S/T disc. Tenatively titled Bearing And Distance, the full-length will be recorded this month for release on Level Plane. Here's hoping "full-length" means more than 12 songs in 14 minutes. Grinders Phobia, Magrudergrind, and Skarp have announced plans to crush their way through the Northeast over two weeks at the end of May. In August, Phobia will get back in the van with labelmates (from Willowtop) Impaled and Maruta. In case you missed it, Impaled was recently interviewed. 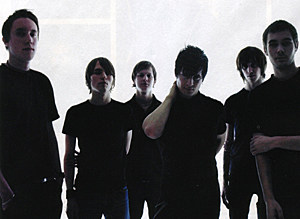 Sweden's Cult Of Luna have announced plans for their fifth LP on Earache, scheduled for a June release. With 8 songs in the can, COL have described the new stuff as "harsher and more primal". Can't wait.

ASCEND is the latest in a long line of Greg Anderson (sunn 0))), Goatsnake, etc) collaborations, but this one dates waaay back to his days as a member of Engine Kid and a split they had with Iceburn on Revelation Records. Gentry Densley, a former member of Iceburn and currently Eagle Twin, and Anderson will release Ample Fire Within this May, a experiment in "heaviness and power" that will feature Randall Dunn, Stebmo, Bubba Dupree (ex-Void), Kim Thayil (ex-Soundgarden), Don McGreevy (Earth), and many others. Check out three edited tracks "Ample Fire Within", "Divine", and "V O G" courtesy Southern Lord.

NEWS BLAST (Beats)
- Crustcake got some face time with the guys in Priestbird.
- In greatest-tour-of-the-year-that-you-won't-see news, At The Gates have announced three dates in Japan with Mayhem, Dillinger Escape Plan, Pig Destroyer and Into Eternity.
- Dysrthmia has announced a show at Luna Lounge on April 10 with Krallice (Marston and Mick Barr), The Wayward, Jefferson Plane Crash, and Stay Fucked. Tickets are $8.
- In bands-on-tour-but-not-coming-to-NYC-yet news, Minsk and Zoroaster are heading out on the road, and so is Indian (who have a new album on deck) with Middian in tow. Tour dates below.
- Imhotep has posted an extremely exhaustive (and possibly exhaust-ing) compilation of interviews of Gorgoroth. Thankfully, it's all about the music and not focused on their ongoing dispute over the name.
- 108 has added drummer Alan Cage, best known for his stint in Quicksand.
- Mikael Akerfeldt (Opeth) will appear on the new solo record "angL" by Emperor frontman Ihsahn. Opeth has announced they will re-release "Still Life" in a deluxe 2-Disc package to include a remastered version of the album, a 5.1 version for DVD, and performance footage. Opeth is part of the Progressive Nation Tour.
- Bad Brains-as-Jesus Lizard locals Dub Trio have announced a show at Knitting Factory on March 28th. Tickets are on sale.
- Only Living Witness will play another show at the Middle East in Boston, June 21st, a week after the sold out first show. Tickets go on sale here at 10AM on March 7th. Deadbird will open the show (mems of Rwake).
- Starkweather will play ABC No Rio on April 26th for their hardcore matinee. Meanwhile, check out the great write-up on Starkweather's classic Into The Wire at Aversionline.
- Coldworker (ex-Nasum) have announced details of their new album, "Rotting Paradise".

* with MAGRUDERGRIND & SKARP
** with IMPALED & MARUTA

* with THE ENIGMA
** MINSK only